After a lengthy search, the Vikings have found their guy in Kevin O’Connell and that should be music to fantasy players’ ears. 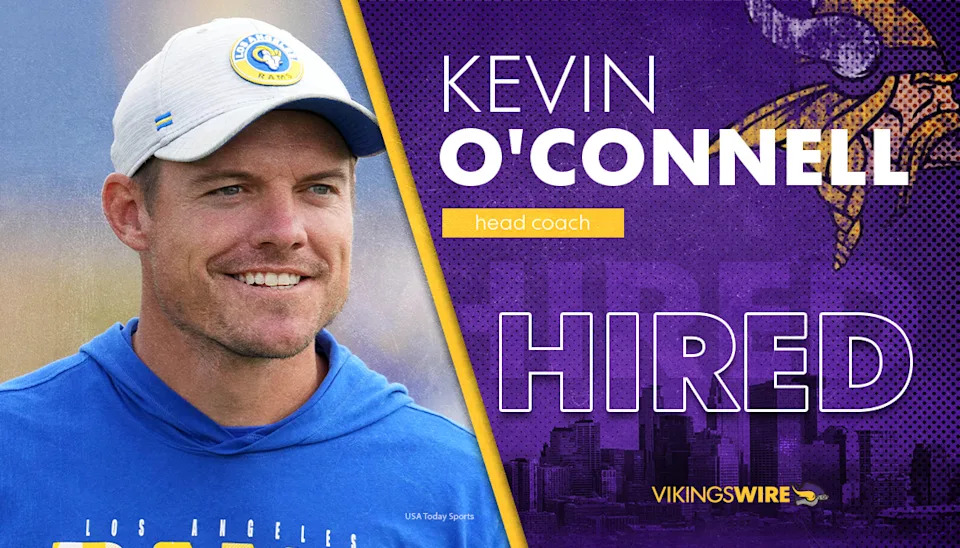 Since 2014, the Minnesota Vikings have had a defensive mindset despite how the roster has been built, but now that roster building may see itself be maximized for the first time with the hiring of Kevin O’Connell as head coach.

After a lengthy head coaching search which peaked at the eight-hour-long interview of Michigan head coach Jim Harbaugh, they settled on O’Connell, who hopes to bring some juice to a stagnant team. Ironically enough, one could argue that the Vikings offense had been firing on all cylinders more often than not. Still, now with the Rams Offensive Coordinator coming over, it’s just pouring gasoline on a lit fire.

With weapons like Dalvin Cook, Justin Jefferson, and Adam Thielen already on the roster and Kirk Cousins’ future always in question, if they retain Cousins, this offense could be looking to be even more productive than it had been in the past.

O’Connell and his offensive philosophy can make sure of that.

O’Connell’s offensive philosophy is simple, keep an open dialogue with your QB and help him put himself or scheme him into advantageous positions. O’Connell has a connection with Cousins, being his QB coach his last year in Washington before he left for his big payday in Minnesota.

His lone year getting coached by O’Connell saw him have his best statistical year, and that was with weapons not on the same level. Yes, Cousins has become frustrating for Vikings fans and fantasy owners alike, but this may be where they finally get his full potential out in a contract year, no less.

O’Connell also believes in supporting his quarterback and the weapons around him. With Cousins at the helm, Washington saw several receivers receive significant target shares, with the most notable growth coming from Jordan Reed at the time. Irv Smith Jr. will be entering his third year, which is crucial for a tight ends development, so maybe we see that connection finally gets to the point fans and fantasy players alike have hoped for.

As we mentioned, year three of an NFL TEs career is usually when we see the breakout happen more often than not. We can look at what Cousins have done in the past with tight ends while also weighing what the Rams have done with O’Connell.

We mentioned what Cousins did with Jordan Reed, but he also got what juice was left out of Vernon Davis, who stepped in when Reed was out with injury. He loves to utilize TEs, and yes, what we saw in Los Angeles may excite Smith shareholders.

We saw Tyler Higbee get 61 receptions with five touchdowns in an up and down year, but we saw a renewed focus on the tight end position with Matthew Stafford under center. We should expect the same from Cousins with Smith under O’Connell’s lead on offense.

Can He Maintain the Jets Production?

I think it is worth keeping this as simple as possible, yes. I imagine it may even go up if that is even possible.

We saw what Stafford and Cooper Kupp could do, and while I think Kupp is a tremendously talented receiver, Jefferson could be better. Jefferson has been used a ton on the outside and has been able to take the top off a defense, but with some more slot and work in the second level, you could see targets, receptions, and yards go up across the board. With the relationship he and Cousins have already, I don’t think that is a stretch either.

The entire Vikings offense has been a reliable source of fantasy income for shareholders, and if you aren’t a shareholder, become one. We have seen all of Sean McVay’s assistants find success. O’Connell should be no different, especially with this offense he is inheriting.

Cousins may not be popular among the Vikings fans and fantasy fans, but I think an honest expectation would be for him to eclipse 4,000 yards again and see those touchdowns tick up towards the fun 40 touchdown mark. With that uptick, the production will filter through his skill players, making everyone’s value rise. Any trades going on this offseason should earn some extra gas due to these expectations, and don’t let anyone tell you differently.