Everybody loves a good underdog story. @JoeBeldner dives into why the Tennessee Titans might have found something special in fifth-round rookie WR Kyle Philips. 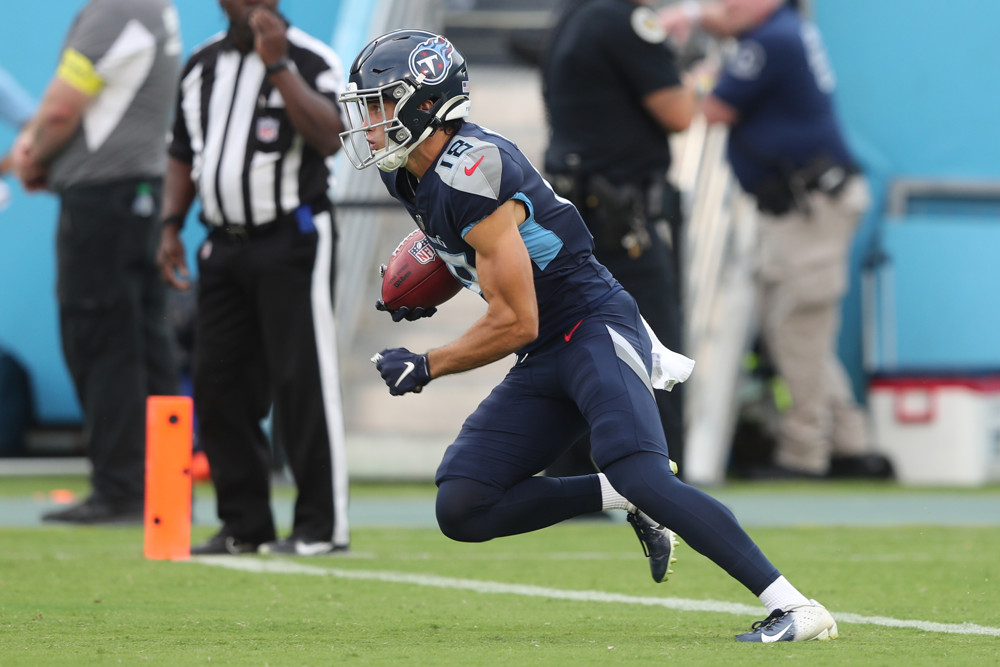 There was not a team in the NFL with a higher percentage of vacated targets (67.1%) or vacated air yards (74.6%) than the Tennessee Titans heading into the 2022 season. After trading away superstar wide receiver A.J. Brown, the 2021 AFC South division-winners were left with enormous shoes to fill. The team drafted wide receiver Treylon Burks with their first-round pick and brought in veteran Robert Woods to help reinforce their depleted receiving core. Although these additions are undeniably significant, fifth-round selection Kyle Philips is quickly making a name for himself after falling under the radar during the draft season. Even with his dynasty stock on the rise, Philips is an intriguing trade target who can provide immediate value.

Philips entered the 2022 NFL Draft as an unheralded slot receiver out of UCLA with limited range and athleticism. Due to this, he slipped down draft boards until the draft’s final day. After arriving in Tennessee for training camp, it did not take long for the team to realize that they might have discovered a diamond in the rough. Philips quickly flashed his elite route-running ability in training camp and preseason. He made several veteran cornerbacks look foolish as he flaunted his elite lateral footwork on an array of routes. After impressing all offseason and preseason, all eyes were on the mysterious rookie heading into the 2022 regular season.

As Week 1 of the 2022 NFL season approached, there were many uncertainties surrounding Tennessee’s offense. The team primarily runs through Derrick Henry, but there were several question marks outside him. In the first game of his professional career, there were many positive developments to build on for Philips. He was on the field for 46% of snaps and managed to lead the team in targets. He caught six-of-his-nine targets for 66 yards and looked impressive doing it. Although the team took a heartbreaking opening day loss to the New York Giants, Ryan Tannehill turned to the rookie wide receiver when he needed him most. This included a 21-yard reception that put the team in field goal range in the game’s waning seconds. The rookie seems to be building admirable rapport with his quarterback and has already earned his trust.

It is imperative not to overreact to training camp buzz and the first week of the regular season. That said, there is more than enough reason to get excited if you drafted Philips to your dynasty rosters. He appears to be in the perfect situation to be extremely relevant out of the slot in his first year. His play style and draft capital mirror that of Hunter Renfrow and Jamison Crowder. Based on his talent and current situation, it is not an overreaction to believe that Philips can share a similar career trajectory to those two.

We all love an underdog story, and Philips seems to be writing a captivating opening chapter. If looking to trade for his services, I would recommend trying to deal a future third-round pick while his value is still relatively low. If he can string up a couple of impressive games and increase his snap count, that low cost of a third-round pick can quickly turn into a second-rounder. All eyes will be on the rookie to continue to defy the odds in Week 2 against a ferocious Buffalo Bills defense.