What will the hire of Josh McDaniels do for the Raiders? Cristian Crespo breaks down the addition. 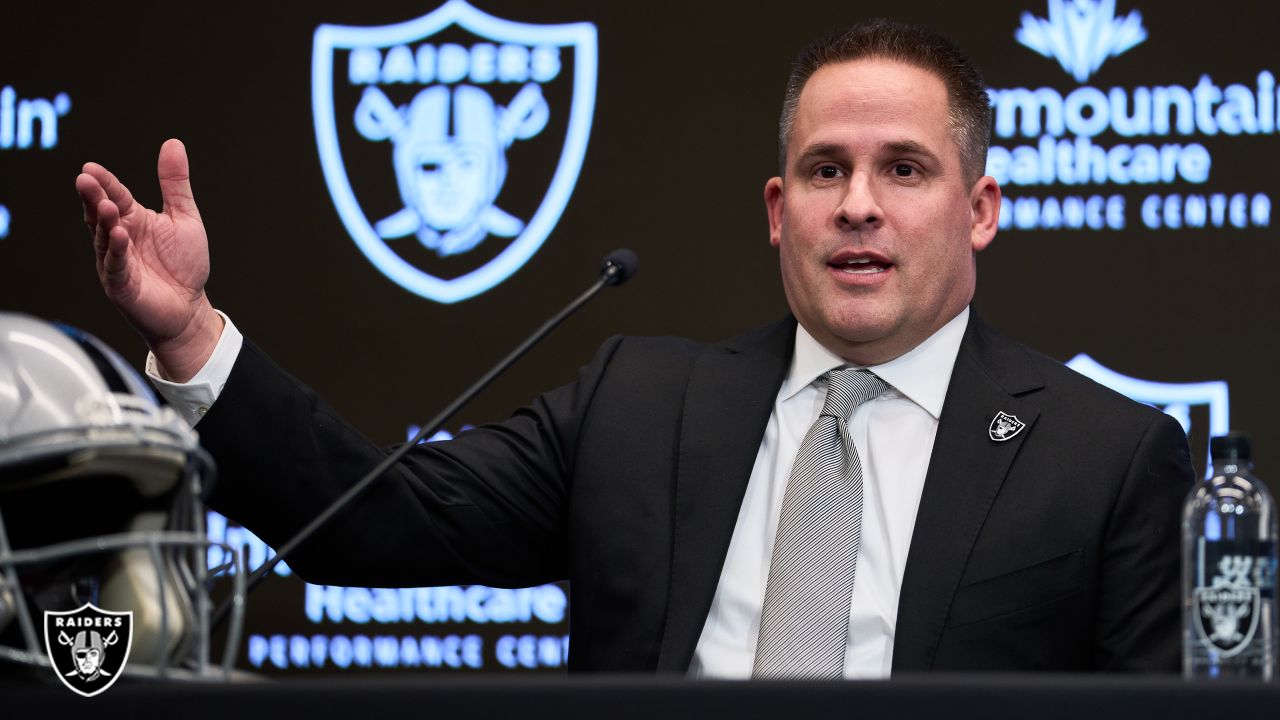 Years after bailing on the Colts, former Patriots offensive coordinator Josh McDaniels is now taking over as the Head Coach for the Las Vegas Raiders. After a brief stint as the Broncos head coach in 2009, McDaniels will now look to bring over the knowledge he got from Bill Belichick to take the Raiders to the next level.

Now, how can we compare what he did with Tom Brady, Julian Edelman, and Rob Gronkowski with what he is being handed in Vegas?

Carr will now be entering his ninth season in the NFL after totaling 4,804 yards, 23 touchdown passes, and 14 interceptions while leading the Raiders to the AFC Wild Card game. While the numbers don’t look bad, there is a lot left to be desired for the quarterback that was supposed to transcend the organization and win over the hearts of the Raider faithful.

McDaniels is coming off his first season with Mac Jones. While he was no Tom Brady, he maximized Jones’s skillset and led him to a successful rookie season. In 2021, the Patriots ranked 10th in yards per game, six spots lower than where the Raiders finished.

However, with the upgrade at quarterback and more established weapons surrounding him, there is optimism heading into next season that McDaniels can help Derek Carr reach that next level.

Unable to eclipse the 1,000-yard mark, Jacobs will be much more involved heading into this next season. Poor offensive line work, and the countless off-field issues surrounding the organization as a whole, could have played a role in this. McDaniels has already taken the first step in fixing the offensive line by hiring an O-Line coach for 2022.

Damien Harris and Rhamondre Stevenson both had strong campaigns in 2021. McDaniels also had rookie running back Knowshon Moreno rush for 947 yards in a short stint with Denver as a head coach. One positive for Jacobs heading into this next season was the increased involvement in the passing game. He saw his targets per game rise from three in 2020 to 4.3 in 2021.

Heading into 2022, I envision Jacobs being used more in the Damien Harris role. With McDaniels’ affinity with having a pass-catching back, I would not be surprised if he brings in a familiar face like James White to compliment Jacobs in the backfield. If this is the case, Jacobs’s fantasy value takes a hit. The efficiency would need to improve for him to be someone you can bank on in your roster. He’s no Nick Chubb, but Jacobs can be an intriguing option with an improvement of the offensive line and the continued increase of involvement in the offense. We should monitor the possibility of another RB entering this backfield at some point this offseason. Let’s also not forget that Kenyan Drake is still under contract for one more season.

Renfrow was the epitome of consistency in this Raiders offense throughout this season. With the off-field issues with Ruggs and the injury to Waller, Renfrow was Carr’s go-to guy. He led the team with 103 receptions, 1,038 yards, and nine touchdowns in this breakout season he just had. He was also the only WR in the NFL with a catch rate above 80% (min. of 80+ targets) at 82%.

When I see Renfrow, I immediately think of the Wes Welker’s and Julian Edelman’s of the NFL. Well, what do you know? McDaniels just happened to run offenses that featured both of these receivers in New England. This hire will do nothing but benefit Renfrow going forward.

Vegas is going into this off-season looking to add an alpha at the pass-catcher position. Rumors continue to swirl around Davante Adams and the possibility of his reuniting with Carr. Even if they make this move, Welker still flourished as the number two receiver in the Pats offense when Randy Moss went nuclear with his 1,493 yards and 23 touchdowns. Renfrow will fit this new offense perfectly, and we should see his value continue to rise.

Do you find it weird that I mentioned Moreau here as well? Well, don’t. Waller is undoubtedly the number one TE on this team. He is still a top TE in the league, even with his injuries recently.

McDaniels ran a two-TE set successfully when he had Rob Gronkowski and he who should not be named. The Patriots’ offense was extremely efficient during that time, which is why Moreau will see an increase in value. Jonnu Smith might not have had a great season in his first year in NE, but Hunter Henry did. He was a top-10 TE in fantasy points per route run this past year.

McDaniels already came out and said he would incorporate way more two-TE sets in this new offensive scheme he is looking to create Waller’s production should continue to stay stable. At the same time, Moreau’s involvement will increase. We should also remember that Moreau stepped in admirably for Waller when he did go down.

This was a home run hire by the Raiders in terms of stocks rising for the playmakers in this offense. While it might not be the perfect situation for a player like Jacobs, a more established role in this offense in the future should help build his efficiency. Hopefully, this will make him a dependable option going forward.