Leading Teams In The Betting To Win The Super Bowl

Teams making a run to the Super Bowl can provide short-term and long-term buys for dynasty teams making title runs. We look at a few teams here. 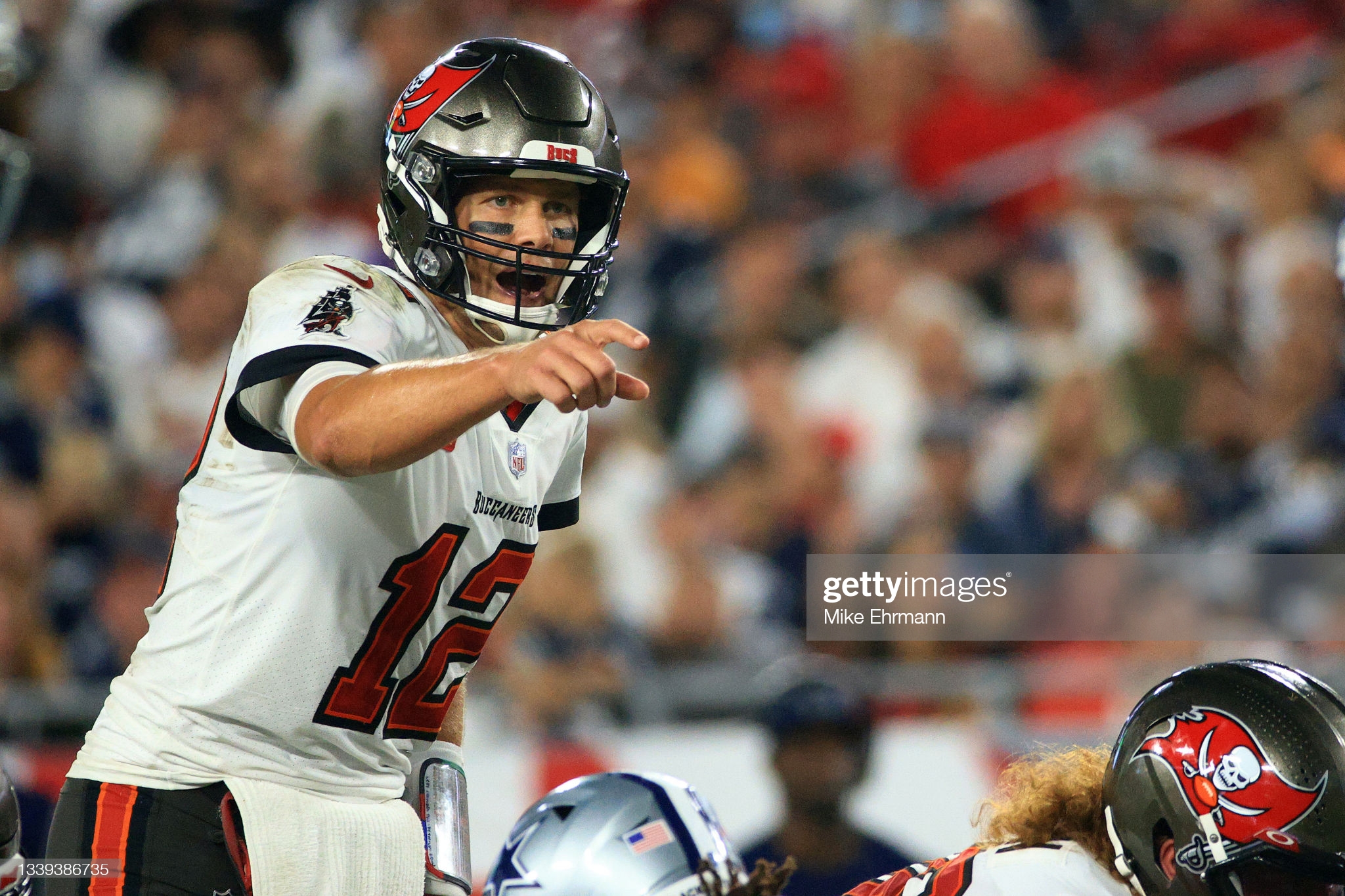 There isn’t a more prestigious honor in the world of Football than being crowned the Super Bowl champions. It is the culmination of a long season, as the champions for the AFC and NFC compete in a one-off final. There is still a long way to go before the Super Bowl on Sunday, 13th February, at SoFi Stadium in California. Which teams are already dominating the top of the Betway betting markets? How can we use them to gain an advantage in dynasty?

The Tampa Bay Buccaneers are listed as the Betway favorites to win the Super Bowl in 2022 at 9/2, as of 26th October. In 2020 Tom Brady defied logic once again to lead the Bucs to success in the championship game. It marked the first Super Bowl win for the Bucs since 2003.

It was billed as the showdown between two generational quarterbacks in Patrick Mahomes and Brady, but it was the player that many consider to be the greatest of all-time that had the last laugh. Brady passed for 201 yards and threw three touchdowns to be named the MVP for the fifth time in his career. Of course, repeating as the Super Bowl is no easy feat. Only seven franchises have managed it.

So where does that put Brady for dynasty? He is the oldest player in the league, but shows no signs of slowing down. As we have seen with Peyton, Brees, and now Big Ben, the decline can be quick. If I am contending and Brady is out there on a team that is out of it, I would be willing to give up a very late first to shore up my QB situation in a Superflex league.

The Buffalo Bills are still searching for their first Super Bowl win. The four-time AFC champions are currently the second-favorites in the Betway betting to win the Lombardi trophy this season. The Bills haven’t come close to winning the Super Bowl since their disastrous showing against the Dallas Cowboys in 1993, which remains the last championship game that was played in the Greater Los Angeles Area. Buffalo came close to ending their Super Bowl wait last year but were beaten in the AFC Championship game by the Chiefs 38-24.

However, there are certainly reasons behind the argument that they are going in the right direction. The Bills reached the playoffs for the second straight year last season for the first time since the 1998 and 1999 seasons. Their victory over the Indianapolis Colts in the Wild Card Round was their first win in the post-season since 1995. Buffalo can certainly take confidence from the start to the season they have made, as they sit top of the AFC East, having won four of six games.

The Bills are ripe with dynasty assets- Josh Allen, Stefon Diggs, Zack Moss, but I’d like to talk about tight end Dawson Knox. The tight end landscape is rife with land mines. Guys that look like they are breaking out, only to disappear after a few games, or to be riddled with inconsistency. I’m looking at you CJ Uzomah.

The third-year tight end was having a breakout season until breaking a bone in his hand in Week 6. Knox looks to be headed back onto the field for Week 9. With the chemistry Knox has built with Josh Allen I think he will be a top 8 TE for the next few seasons. In tight end premium leagues the young TE will be difficult to acquire, but well worth it.

The Arizona Cardinals will be looking to reach the Super Bowl this season for the first time since 2008. That remains their only previous appearance in the title game, as they were beaten in dramatic fashion by the Pittsburgh Steelers at the Raymond James Stadium. It was a disappointing end to the 2020 season, as the Cardinals collapsed after a decent start to the season. A run of five losses in seven games ensured that they missed out on the playoffs for the fifth straight year. To make matters even more agonizing, they missed out on the final Wild Card spot due to the tiebreaker with the Chicago Bears.

However, their start to the new season has been excellent, as they have recovered following the departures of long-serving stars Patrick Peterson and Larry Fitzgerald. The Cardinals started the new season with a 7-0 before going down to the Packers in Week 8. However, if they are to reach the Super Bowl, they will likely have to knock off the Buccaneers in the NFC Championship Game in the post-season.

The Cardinals have a few guys producing decent fantasy numbers. A resurgent James Conner, an emergent Chase Edmonds, even Christian Kirk is achieving his potential. But do they provide dynasty value? The NFL is moving more and more to backfield time shares. So yes, there is some value to be had in dynasty. On a high powered offense such as Arizona, players like James Conner can be the piece you can grab off of a rebuilding team for a third round pick who will provide a flex-worthy depth player.

The Super Bowl hoodoo was lifted last season when the Buccaneers became the first franchise to win the prestigious trophy in their home stadium. This season, the Los Angeles Rams will be hoping that a trend continues, as they will have home-field advantage for the Super Bowl if they reach the big game, as it will be played at SoFi Stadium. The Rams have been knocking on the door for the past couple of seasons, as they have reached the playoffs four times in the past five years.

However, they were eliminated at the Divisional Playoff round last season by the Green Bay Packers. The Rams jettisoned Jared Goff over the off-season, as veteran Matthew Stafford was brought in. The Rams have started the new season in fine form. They have a record of 7-1 and currently sit second in the NFC West by virtue of AZ having the tie breaker. However, like the Cardinals, they will likely need to overcome the favorite Tampa Bay Buccaneers in the betting to reach the Super Bowl.

News broke on Monday that the Rams traded second and third round draft picks for LB Von Miller. Like a good fantasy manager, the Rams are going ALL IN!! If the payoff does not happen in the next couple of season the Rams could be left with an old team and few draft picks to rebuild. In the short-term, players like Cooper Kupp, Matthew Stafford, and Darrell Henderson are commanding a premium.