Mack to the Texans: Underrated Upside?

Is this the possible return of the Mack? The Texans may not be the most desirable destination on the surface, but is there some upside we should consider? @FFB_Vern explores the possibilities through the RBV lens. 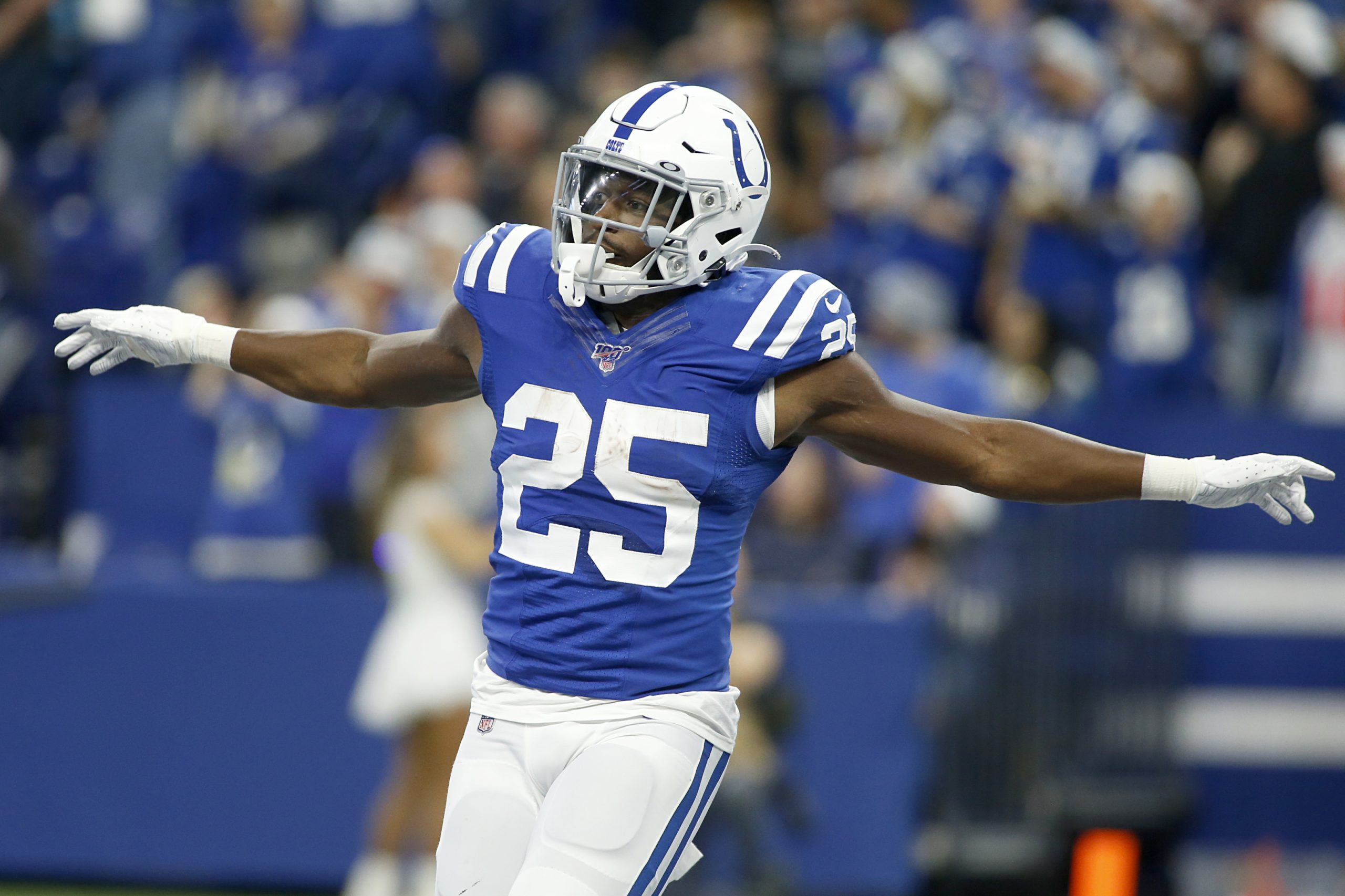 The Texans have had a good off-season. The move that will overshadow all others they make this year is the mega-trade of Deshaun Watson to the Browns, which resulted in three firsts (2022, 2023, and 2024), a 2023 third, and a fourth-round pick swap in 2024. The Texans now have five picks in the top 100, including picks 3 and 13. Houston has also been making smaller moves to improve the offense, including signing Cedric Ogbuehi (a depth piece at tackle) and now acquiring Marlon Mack. On the surface, the upside appears minimal, but if we resign to that premise, then potential opportunities could be missed. This situation at least warrants a deeper look.

Landing in Houston may seem like a virtual death knell in Marlon Mack’s potential value, especially since he is returning from a 2020 Achilles’ injury. This injury has historically robbed players of their explosiveness, but we have seen former Texan D’Onta Foreman return from the same injury successfully. An additional consideration is that Mack was back in 2021, but Johnathan Taylor dominated in a way that it was impossible to take him off the field. Mack is now an entire season removed from the injury in 2022. The fact that a team is willing to take a chance on him is something we should pay attention to. Perhaps he can return to the player that had 4.6 yards per touch, 2184 scrimmage yards, and 18 scores between (~ 357 PPR points) in 2018 and 2019.

It is unfair to expect an improvement when you lose a passer as dynamic as Watson. However, Davis Mills outperformed Tua Tagovailoa, who started one more game than Mills in 2021. Mills did show steady improvement throughout the season, even beating up the Chargers to the tune of a 130.6 QBR in week 16. One has to think about the possible upside if the Texans can get some decent offensive line help. They do have those two picks in the top-15 of the 2022 NFL draft.

There has been a change in head coach and offensive coordinator in Houston. Lovie Smith is a head coach once again, and we can expect him to continue focusing on the defense. Meanwhile, QB coach Pep Hamilton has been promoted to OC. To get a feel for what Pep Hamilton could bring, we look at his OC performance with the 2013-2015 Colts. During Hamilton’s three years there, the Colts had the league MVP (2013) and led the league in passing (2014). Of course, he had Peyton Manning, which also skews rushing attempts over those three seasons. If you take away Peyton Manning, Pep Hamilton’s history as OC isn’t as inspiring as one might like. Looking at more recent coaching involvement, Hamilton was QB coach with the 2020 Los Angeles Chargers. The results weren’t inspiring either, but Austin Ekeler did average 4.6 yards per carry.

So far, the changes have been a net negative, but they have made moves during the off-season. As mentioned earlier, the Texans added Cedric Ogbuehi. Despite snap percentages of 14.3% and 23.9% in the last two years, he seems solid in the run game. Ogbuehi graded 69.5 or higher over that span per PFF. The Texans must realize that they have to improve the run game if they are going to help Mills. He simply isn’t able to carry an offense yet.

Ogbuehi provides the depth at tackle to maintain stability in case of another injury at the position. Laremy Tunsil sustained a season-ending injury to his thumb in 2021. On the other side, Tytus Howard got kicked inside to guard for a substantial portion of the season. Ogbuehi could be a run-game upgrade at tackle if asked to step in. Everyone who played tackle for the Texans in 2021 graded below 55 in Zone and Gap blocking. Given the higher effectiveness of the interior OL in Zone blocking, we may see a more significant shift to Inside Zone in 2021. This would cater to Mack’s skill set.

We can expect that the run scheme distribution will be similar to 2021. The Texans featured a pretty diverse run scheme distribution, with Outside Zone (OZ) being most predominant at 26%. Inside Zone (IZ) was run at one of the higher rates in the league at 19.8%, putting them at a 45.8% lean for Zone runs. Gap and Power were pretty close in distribution at 17.6% and 17.4%, respectively. What does all this mean? Either the Texans will need a diverse runner, or they will have to adjust to feature a specific scheme a little more. Marlon Mack has performed well per 2019 Running Back Vision metrics in IZ and Gap schemes but not quite as well in OZ and Power schemes. The evidence points to a potential IZ shift for the Texans in 2022. This would help Rex Burkhead as well. Of course, this depends on “rational coaching,” which is a fickle mistress in the NFL.

What can we expect in 2022? In the context of what we know so far, I would expect to see a timeshare between Mack and Burkhead. Mack would likely be the 2-down back with Burkhead as the complimentary 3rd down back. Marlon Mack is a far more dynamic runner than Burkhead. A look at the 2019 tape confirms it. Coming out, Marlon Mack was one who would consistently bounce to the boundary. With Indianapolis, Mack shaped up to be a good and patient interior runner who utilizes his change of direction, foot quickness, and agility to maneuver in the trenches. The patience and vision he brings to the table reduce the number of inefficient or negative runs we see from him.

Here’s an example of his wider vision. Notice the inside leverage the right tackle has on the edge defender. Then look at the block that comes flying in from the right side of the frame—seeing this illuminated the outside opportunity for Mack. He trusts his burst enough to take advantage.

Mack demonstrates the necessary patience and burst to run inside as well. We see him adjust his pacing allowing the blocks in front to develop. This will be a necessary trait when running behind a sub-par but hopefully improving Texans OL. Mack also demonstrates good burst here, along with his ability to reduce his tackling surface.

Finally, we cannot forget his explosive play potential. While we know the Texans OL currently doesn’t hold a candle to the Colts, this type of ability will provide creative opportunities. Mack presses the point of attack to get the linebackers peeking inside. Watch as Mack jumps from the ‘A’ gap to the ‘C’ gap and explodes upfield just to show off his elusiveness at the second level.

What is Marlon Mack going to cost you? In the DynastyGM Tool’s Trade Browser, he most often goes for a smidge over a 2023 3rd. This is nothing for a back who could reasonably lead the Texans backfield in 2022. What if he can still be the runner we see above even after the injury? It is worth 3rd for a shot at a productive runner. Obviously, he is not the type of runner I would chase in a rebuilding situation. However, if you are a contender, these are the types of shots you need to create the late-season depth. If the Texans shift to an Inside Zone focus and it actually works, we could have a real gem on our hands.

Follow @FFB_Vern for more RB insights as we approach the draft. You can get a deeper look at my scouting process here. Until next time, make sure you get the DynastyGM Tool and sign up for the Nerdherd so that you can get the 2022 Nerd Score when it drops. You don’t want to miss any of the valuable information at DynastyNerds.com!