Miami made surprising hire, Mike McDaniel, formerly of San Fransisco. How does this affect their offense and fantasy options? 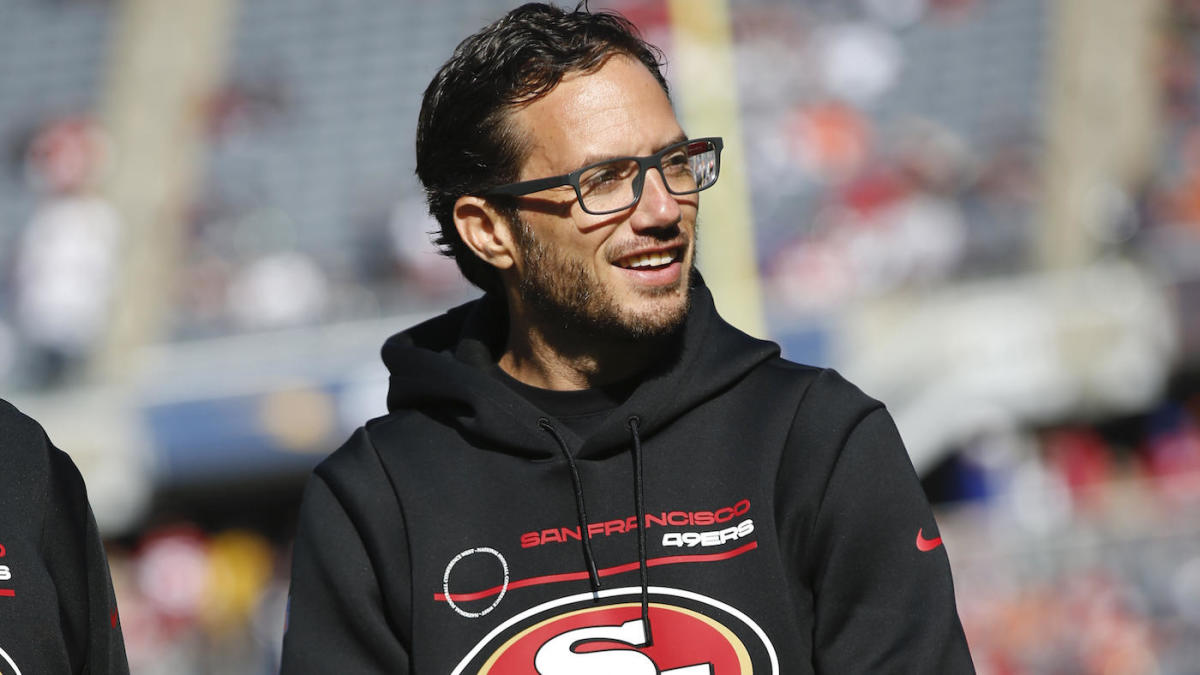 Mike who? Mike McDaniel is the name of the new Head Coach for the Miami Dolphins, taking over for the recently fired Brian Flores at the end of the 2021 season. His postseason press conference recently brought a lot of attention to his name. Many people around the Dolphins organization are excited about what he can now bring to the team.

The Dolphins did their due diligence in this process before hiring McDaniel by interviewing Dallas OC and DC Kellen Moore and Dan Quinn, Bills OC Brian Daboll, and Cardinals DC Vance Joseph, to name a few. However, in the end, it seems as if they made the right choice in choosing McDaniel. He is the man who will bring the most out of this offense as we advance.

Coming from the Kyle Shanahan tree, McDaniel was the constant he brought along with him wherever he went. He has a history of maximizing the QB play at every stop. His overall commitment to establishing a run game stands out when comparing his offense to teams with prolific rushing quarterbacks. He has had multiple leading rushers in San Francisco, including three running backs that ran for more than 500 yards in 2019. In addition to his success in game-planning, he has been a part of four division titles, five playoff appearances, seven playoff games, four championship game appearances, and two Super Bowls. How is this new coaching hire going to impact the Dolphins offense from a fantasy standpoint going forward?

After trying to learn four different offenses, dating back to his final year in Alabama, Tua should now get the opportunity to establish himself in one that should sustain going forward.

2021 was a roller coaster of a year for Tua. Even though he showed improvement, he only averaged 204.1 passing yards and a measly 14.7 fantasy points per game, finishing as QB23 in per-game scoring. The big thing that will change with McDaniel now running this offense is his implementation of play-action and RPOs. Both of those, in which Tua excelled at back at Alabama, is what made him such a high-profile talent coming out of college.

As soon as McDaniel was hired, Tua’s fantasy value shot up. Even though he might not be an elite option in the position, he should still produce low-end QB1, high-end QB2, numbers in 2022.

While Myles Gaskin is still under contract for one more season in Miami, there have long been reports of Miami looking to add a premier option in the backfield. Going back to the 2021 draft, there were rumors that Miami was ready to draft Javonte Williams in the second round. The Broncos jumped in front of them and took him with the 35th overall pick.

Ending the season as RB39, Gaskin led the backfield with only 612 rushing yards to end the season. When you compare their finish (31st in the NFL in yards per rush), the 49ers’ run game flourished. Since McDaniel joined the SF coaching staff in 2017, they have ranked 11th in yards per rush, seventh in TDs, and sixth in explosive runs.

With all signs pointing to Miami looking to bolster their offensive line, in addition to adding a number one option in this backfield, we should expect to see good fantasy production for whoever starts the season as RB1.

When news broke of this hire, you can see Waddle celebrating with his patented Waddle dance. He ended the season with 104 receptions, 1,015 yards, and six touchdowns. Waddle even broke Anquan Boldin’s rookie reception record and ended the year as WR13 in scoring.

Can we now expect Waddle to take the 2021 Deebo Samuel leap heading into 2022? Probably not due to him not possessing the physical stature that Deebo has. Deebo’s size allows him to be as effective, as he was taking snaps out of the backfield. Although, as a receiver, Waddle’s efficiency should take a huge boost as McDaniel excels in getting his receivers the space they need to make game-breaking plays.

Assuming McDaniel can elevate Tua’s game, the way we expect him to, Waddle should continue to produce at WR1 levels going forward.

Miami is heading into this offseason with the most amount of cap space, according to OverTheCap, and you have to assume they are going to want to use some of that to bring back their TE/WR hybrid.

Gesicki is, undoubtedly, one of the most athletically gifted TEs in the NFL. His ability to serve this offense as a solid second option in his time with Miami has been incredible when you consider the inefficiencies they have had. When comparing the athletic TE to George Kittle, it’s tough to assume they have the same overall usage in this offense. Kittle possesses the ability to be a premier run blocker in his time with the Niners, something that Gesicki lacks. With that being said, the fact that he can line up in the slot near-60% of the time gives McDaniel the ability to utilize him as the elite weapon he is at the position.

There is no doubt that Gesicki sees a jolt in value, should he stay in Miami, with Mike McDaniel now scripting plays in this offense. If Gesicki does move on, keep an eye on Hunter Long for 2022.

The hire of McDaniel seems like a big win for the Dolphins going forward.

Miami has the pieces to become an offense every fantasy manager wants to get their hands on. The window to buy-low on some of these players might have closed a bit since the hiring, but if you can still manage to grab some of these pieces, I would suggest doing so quickly.