As we head into the offseason, @FF_Worm takes a look at the value of Mike Evans and what you should be doing with him in your dynasty leagues. 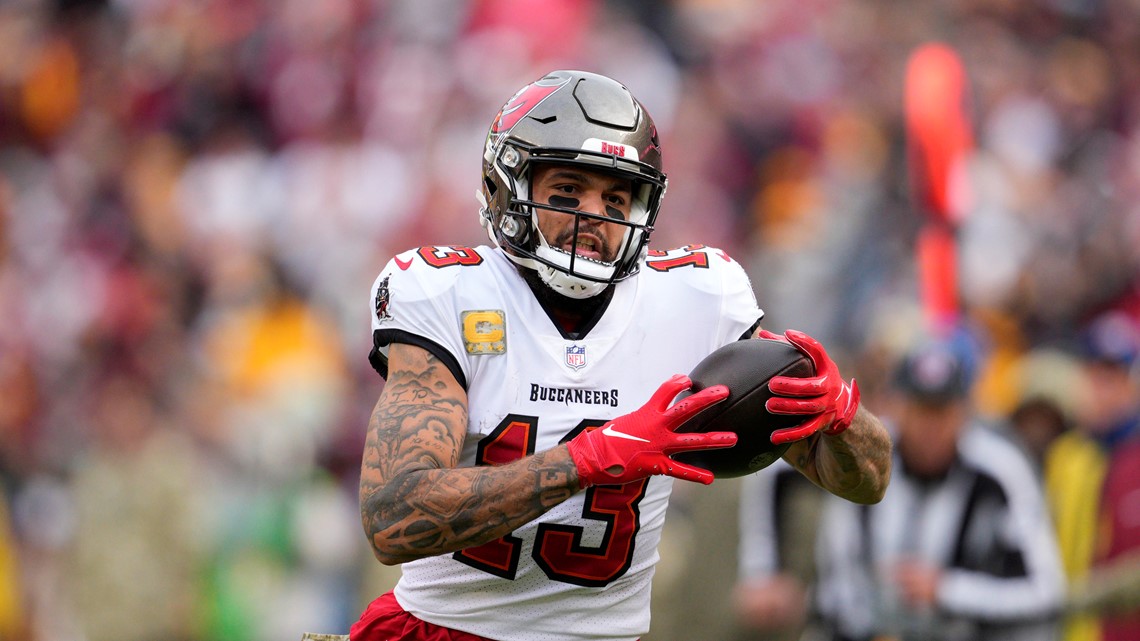 As we head into the 2022 fantasy football offseason, we could see an entirely new landscape in Tampa Bay. Key players in Chris Godwin, Leonard Fournette, and Rob Gronkowski are free agents and could find new homes. Additionally, Tom Brady has officially announced his retirement. That leaves the lone wide receiver, Mike Evans, as the only guaranteed fantasy football asset making a return.

No longer catching passes from the GOAT and uncertainty on the team surrounding him, what is Evans’ dynasty value? Should fantasy football managers be looking to ship him off? Or is he a buy? Let’s dive in.

Entering his ninth season in the league, Evans has been the model of consistency. Recording at least 1,000 receiving yards every season, we know we can depend on him to put up solid yardage. On the other hand, he has never been a huge reception guy. Eclipsing 75 catches just twice in his career, he is not going to blow the roof off in PPR leagues. This past season, Evans logged 74 catches. This would have ranked him 29th in the league, behind guys like Zach Ertz, Jakobi Meyers, and Christian Kirk.

What he lacks in receptions, he sure made up in touchdowns. Scoring 13 and 14 touchdowns in 2020 and 2021, respectively, Evans made a living in the endzone. Trailing only Cooper Kupp in touchdowns this season, a third of Evans’ fantasy production came solely from scoring. While touchdowns are king in fantasy football, his incredible endzone production came from the hands of Tom Brady. With Brady out of the picture, I fear these numbers could drop. Prior to playing with Brady, Evans saw double-digit touchdowns only two other times. His previous high, you ask? Eight. If we take away just four of these touchdowns to make his total 10, this drops him from the wide receiver nine to the wide receiver 17—a pretty steep drop.

There are two ways to spin the situation. One could argue that Evans has put up the yards his entire career, so the quarterback situation really doesn’t matter. Furthermore, there is a scenario in which the other weapons are potentially gone, leaving Evans as the last man standing. The quarterback could pepper him and force-feed him the ball. Volume is a luxury in fantasy football, and many of us like to chase it.

On the flip side, we could say that Evans most likely will not replicate his touchdown production of the last two seasons. Therefore, an obvious decline in production. On top of that, assuming Brady stays retired, there could be a significant downgrade at the quarterback position. A decrease in production coupled with worse quarterback play could be a recipe for disaster.

In the end, it really comes down to the makeup of your team. If you are a contending team with Evans, I am holding. I believe, for the most part, he is quarterback proof. Sure, there may be a drop in touchdowns, but he has shown us year after year that he will produce. There are worse options out there to have as a wide receiver two.

If you are rebuilding or trying to get younger, Evans is a sell. At 28 years old and coming into his ninth season in the league, there is a chance we have already seen his best days. Use his consistent production as a bargaining chip when talking trade. I would be thrilled to receive a mid to late first in exchange for him. Another option is to package him with a late-round pick and try to acquire a second and a younger receiver.