Sometimes all a struggling player needs is a new setting. @JoeBeldner explores why you should buy in on Mike Gesicki before free agency begins. 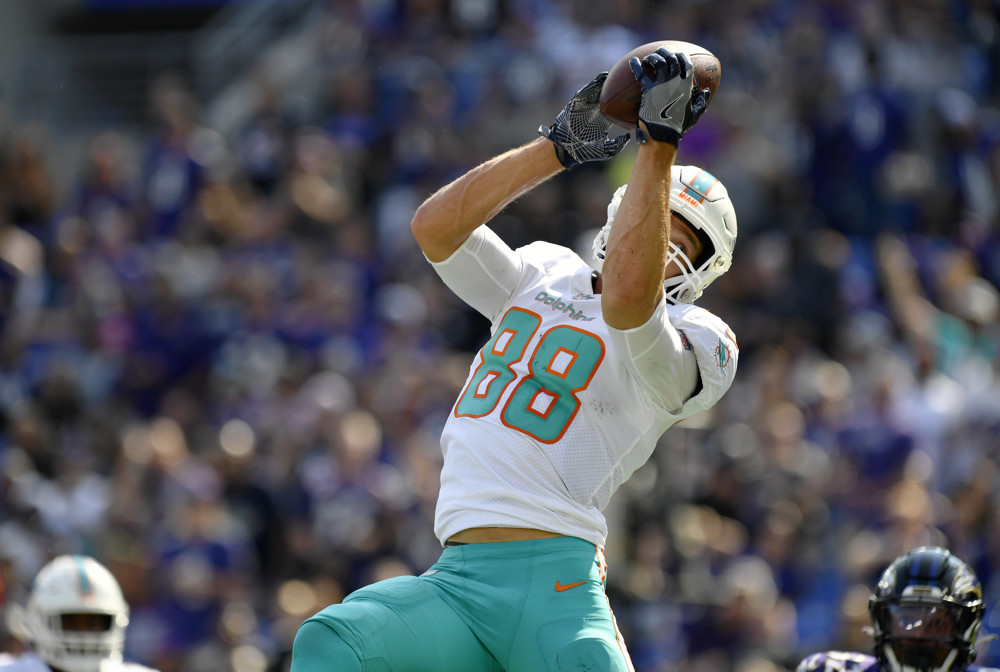 It has become increasingly evident how top-heavy the tight end position has become in fantasy football. Outside of Travis Kelce and Mark Andrews, finding consistent production from the position is extremely challenging and unpredictable. For that reason, Mike Gesicki is an intriguing trade target in dynasty leagues. He has the production profile, draft pedigree, and athletic traits that we covet in tight end prospects. His current struggles could be blamed more on his setting rather than his ability. Due to this, it is respectable to believe that he could be approaching a breakout season following free agency in 2023.

Coming out of Penn State, the burly tight end had draft scouts drooling over his overwhelming combination of size and athleticism. It is rare to see a 6’6″ tight end be able to run a 4.54 40 Yard Dash. After impressing in the combine, Gesicki was drafted in the early second round by the Miami Dolphins in the 2018 NFL Draft. It’s unusual for a tight end to be productive in their first few professional seasons. Gesicki impressed early and flashed some elite characteristics in his first two seasons with the Dolphins.

After consecutive seasons with over 700 receiving yards in 2020 and 2021, Gesicki is off to a slow start with the new-look Miami Dolphins. The team brought in Mike McDaniel as their new head coach and traded for Tyreek Hill this offseason. The reinvented offensive system that McDaniel brought in does not utilize the tight end position in the passing attack. Gesicki’s blocking responsibilities have increased tremendously while his targets have decreased. Due to his questionable fit in Miami’s offense, he can currently be acquired at a discount via trade in dynasty leagues.

In Week 6, Gesicki was finally given the opportunities necessary to have a productive game. He totaled six catches on seven targets for 69 receiving yards and two touchdowns. He even improved his “Griddy” celebration, as seen in the GIF below. Although this can be seen as encouraging, I do not anticipate that the team will continue to utilize him when Tua Tagovailoa returns. He is often the third, forgotten fiddle behind Tyreek Hill and Jaylen Waddle. Before this showing, Gesicki had four or fewer targets in every game. Although I have a somber outlook for the remaining weeks of the 2022 season, the possibilities surrounding Gesicki this offseason are more than exciting.

After this season concludes, Gesicki will be a free agent. Entering his sixth professional season and having just turned 27 in early October, there should be plenty of teams hungry to bid for his services. At this age, Gesicki is still in his prime and can be a difference-maker if he signs with an offense that will properly utilize his unique skill set. There are few tight ends in the league with as much field-stretching ability as Gesicki. Tight ends additionally tend to peak at 29, so we could be nearing his most productive season.

A dream destination for Gesicki to sign with would be the Cincinnati Bengals. Their current starting tight end, Hayden Hurst, is on a one-year deal. Although Hurst is having a solid year with the team, Gesicki would be an obvious upgrade at the position. Hurst was the only tight end taken ahead of Gesicki in the 2018 NFL Draft, so it would be fitting for Gesicki to sneak in and take his spot on the roster. Other teams who I think would be good fits include the Buccaneers, Broncos, Cowboys, Giants, and Jaguars.

If attempting to acquire Gesicki via trade in a dynasty league where you are not contending, I would suggest offering an aging veteran to a “win-now” team. A later-second-round pick would be a decent offer to send out, although I would rather it be a third-round pick. When eyeing to trade for Gesicki, you are buying in on the talent and hoping a new setting can maximize his potential.