ESPN gifted us a seven-round mock draft so it is worth finding out the landing spots of the skill players for fantasy purposes right? Andrew Harbaugh does just that in a new series starting with quarterbacks. 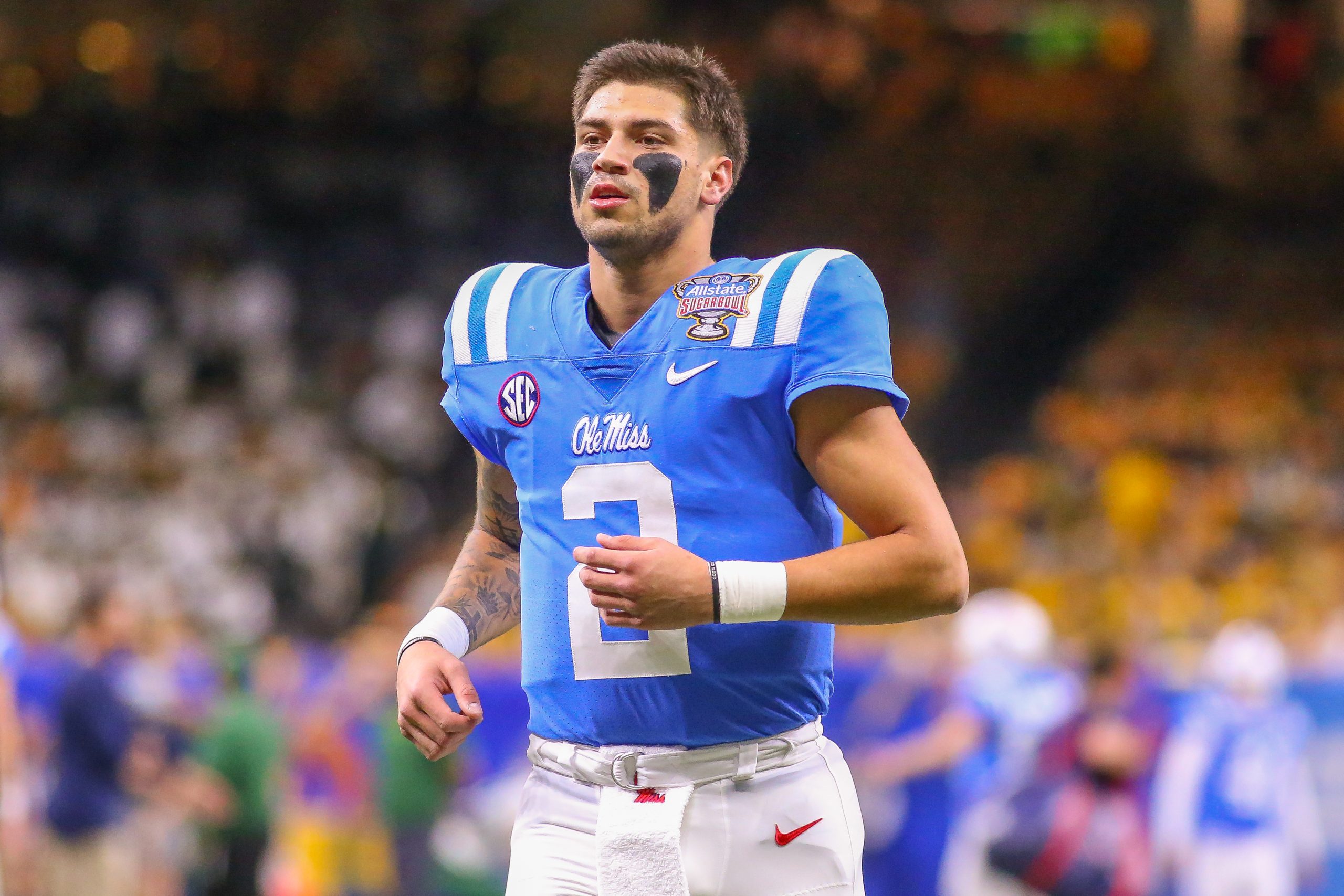 The mock drafts of the seven-round type are few and far between, especially on ESPN, but their draft analyst Jordan Reid decided to give us one. His mock features a ton of fantasy-relevant picks, and in a series starting with the quarterbacks, we plan on grading the fantasy value in them.

In this mock draft, we get 11 quarterbacks drafted to a wide range of teams. Not all eleven will have fantasy value. Probably only a handful will, but they all deserve discussion. We get an exciting pairing for one Malik Willis in this rookie quarterback class, the ball rolls from there.

Malik Willis to the Detroit Lions in Round One

While it won’t have an immediate fantasy impact as the team is likely to stick with Jared Goff most of the year, long-term, it is excellent. Willis and his dual-threat ability is something that Dan Campbell and his staff fell in love with his dual-threat ability at the Senior Bowl and haven’t hidden that fact. Be patient with this because Willis is worthy of the second pick. You have to be patient for a return on investment.

Kenny Pickett to the Carolina Panthers in Round One

This place for Kenny Pickett is not the best for his fantasy value but rather the people around him. Pickett will be the best QB in Carolina since Super Bowl season Cam Newton if we are honest. He will get his licks in with the NFL learning curve, but I have serious concerns about him as a prospect. In the meantime, he will boost the offense around him. At the very least, Christian McCaffrey and D.J. Moore, a big boost for them.

Matt Corral to the Seattle Seahawks in Round Two

This offseason, the Seahawks traded away Russell Wilson, but this pick may not make it a complete rebuild. Corral has some concerns around his decision-making and play style, but if the Seahawks can tame the wild stallion that is Corral, they may have something. Corral could put up numbers with DK. Metcalf, and if they keep Tyler Lockett around, he will feast. Long-term turnovers will decide if Corral sticks around, but this could potentially be a new face for the Seahawks and become a diamond in this quarterback rookie class.

Desmond Ridder to the Indianapolis Colts in Round Two

I have been a pretty lenient grader to this point, but this, I think, is a dream team and scenario for Desmond Ridder. The Colts are a run-first team, they have Matt Ryan for the next year or two, and it is a stable franchise for Ridder to grow up in. He has the physical tools and mental acuity to be a successful pro. He needs to work on that arm strength just a tad before being sure of anything.

Sam Howell to the Washington Commanders in Round Two

This is such a confusing landing spot, I want to be optimistic here, but for some reason, I can’t. Sam Howell has a live arm and would have the skill players around him to be successful, but the situation on the team is far from stable. Ron Rivera seems to have the team’s confidence, but how long? The Carson Wentz experience will be in its infancy, and Howell could be around to pick up the pieces for when it ends. This is very much a buyer beware situation unless you add him as a Carson Wentz insurance policy.

Carson Strong to the New Orleans Saints in Round Three

Of all the non-first round landing spots, this is without a doubt my favorite, especially for Carson Strong. He honestly plays similar to Jameis Winston, a comp I am fully on board with. If he is thrust into the starting job, he should fair well. The problem is this would very much be the long-term play, Winston just resigned for two years, and the team brought in Andy Dalton on a one-year deal. Strong would have his work cut out for him, but if you have a stable dynasty quarterback situation, this would be worth a late-round buy and see what happens.

Be sure to watch out for the running back grades later this week!