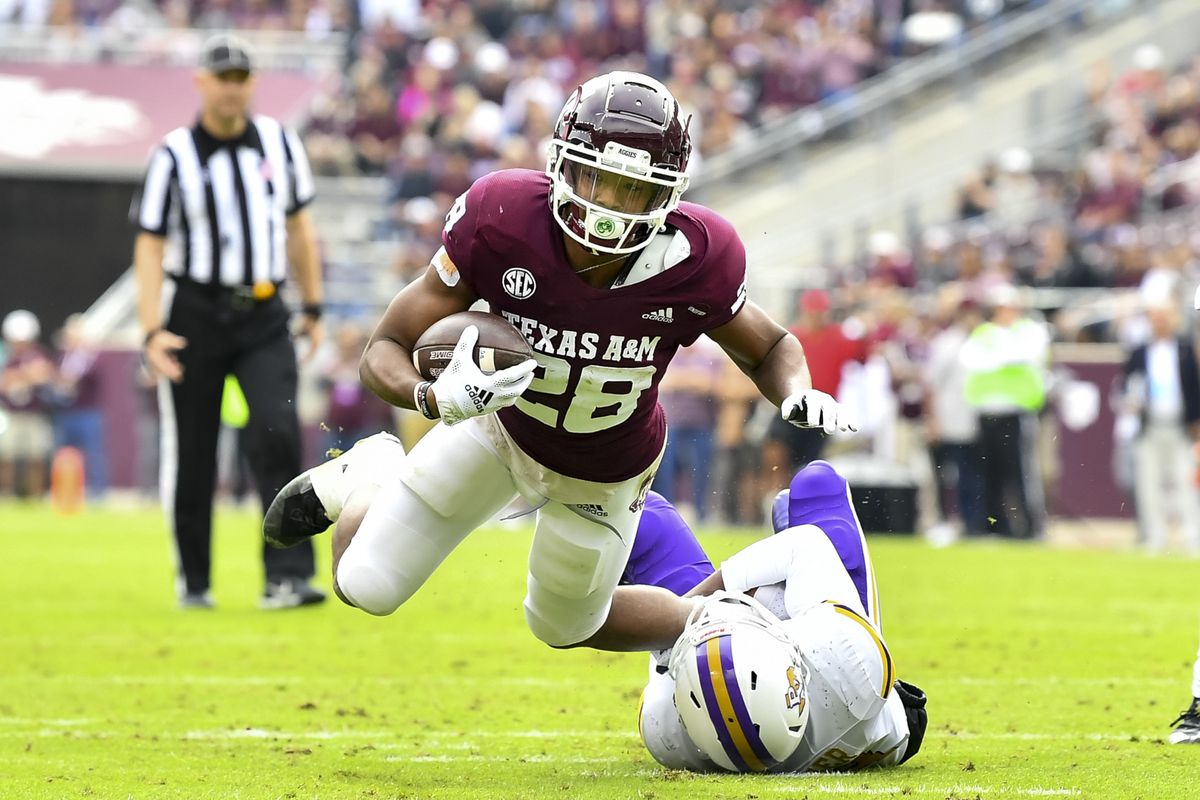 The mock drafts of the seven-round type are few and far between, especially on ESPN, but their draft analyst Jordan Reid decided to give us one. His mock features a ton of fantasy-relevant picks, and in a series starting with the QBs, we plan on grading the fantasy value in them.

We get a whopping 20 running backs who find homes in this mock draft. I won’t be grading and discussing each one, but there are plenty of fantasy implications in this group. Fair warning, the first handful of running back landing spots are an absolute dream. Let’s get into the beauty of this rookie running back class, shall we?

Breece Hall to the Buffalo Bills

The first of several landing spots that have me thinking of RB1 production is Breece Hall to Buffalo. The Bills have played the RB roulette game for several years now, but Hall could give them an actual workhorse. You can’t keep riding the wheels of Josh Allen to have a rushing attack. Hall gives them consistent rushing ability with the added ability of pass-catching. I could easily see him having a top 12 season for RBs as a rookie.

If he lands in Houston, another contender for an RB1 season based on landing spot is Kenneth Walker. Houston, like Buffalo, has rolled the dice on so many RBs in recent memory. Walker could finally be the answer. Davis Mills will be looking for all the help he can get in his second season as the Texans starter, and a legit RB could be his best friend. Walker doesn’t have the passing game work that others do, but neither did Melvin Gordon when he came into the league. I am all in on this as a landing spot and productive destination for Walker. Houston could feed Walker enough to be the best one in this rookie RB class.

Isaiah Spiller to the Atlanta Falcons

The Falcons tried out the Todd Gurley experience, but no luck, and this past year their leading rusher was Cordarrelle Patterson. Patterson will still contribute to the rushing attack, but they need someone like Isaiah Spiller to take the bulk of the work. Spiller can be a physical runner, which compliments Patterson, so while he may not put up RB1 numbers. Be he is a serviceable flex option with this landing spot.

James Cook to the Miami Dolphins

I am a gigantic fan of James Cook, and I haven’t hidden that fact. Pairing him with Mike McDaniel is a crazy scenario to think about. McDaniel already brought in Chase Edmonds and Raheem Mostert to produce in his running game. Cook could easily be the best guy on the depth chart if he lands here. He was underutilized at Georgia, has the NFL bloodlines with his brother, and is a proven dual threat as an RB. We are always looking for the later-round RB in rookie drafts who could hit later. Last year it was Elijah Mitchell, and this year it could be Cook in this rookie RB class.

Here is a troublesome landing spot for someone that draft Twitter is a big fan of. Jerome Ford was silently a big part of Cincinnati’s success this past season and will be coming into the NFL with fresh legs after being underutilized early in his career. Ford has a more physical run style than Michael Carter, who is already on the roster, but this muddies the water in New York. I honestly would stay away from this backfield in fantasy if this is how things pan out.

Pierre Strong Jr. is entirely different from any other RB on the Chiefs’ depth chart currently. Both Jerick McKinnon and the former first-round pick Clyde Edwards-Helaire have proven to be rotation guys. Strong presents something neither guy does, though. He brings the speed element. He could be what everyone has wanted in the Chiefs offense, especially with Tyreek Hill leaving, and become a pass-catching back in this offense. Because of that, I am cautiously optimistic about Strong Jr.’s prospects with Kansas City.

The Eagles showed last year that they are going to pound the rock. They did it with Miles Sanders and Boston Scott leading the way, but throwing Robinson in the mix would make things interesting. I think Robinson could be a thunder to Sanders lightning if they split roles. He was a senior on the Alabama roster last year, but he comes in with only one full year of work on his plate. Fresh legs could mean a fresh look in the Eagles backfield, and it definitely would be worth watching if this plays out this way.

Thirteen other RBs were drafted in Jordan Reid’s mock draft for ESPN, which can be found at the link. You can check those out there as there are some with fantasy impact. But a few will serve as backups and not have much production. Be sure to take note of the landing spots above in case these play out this way; easy way to look back and have instant analysis from us at Dynasty Nerds!

The Dynasty Nerds YouTube channel is up and running. Now you can see the podcast straight from the NerdHQ!! Smash that subscribe button. Sign up for the DynastyGM tool to keep that edge over your league mates. Manage all of your dynasty teams, use the trade calculator, and we just added a player shares tool so you can see all players you roster in one place.