If you close your eyes really hard and pretend your opponent is the Atlanta Falcons… never mind just read @NateNFL’s Weekly Stock Report! 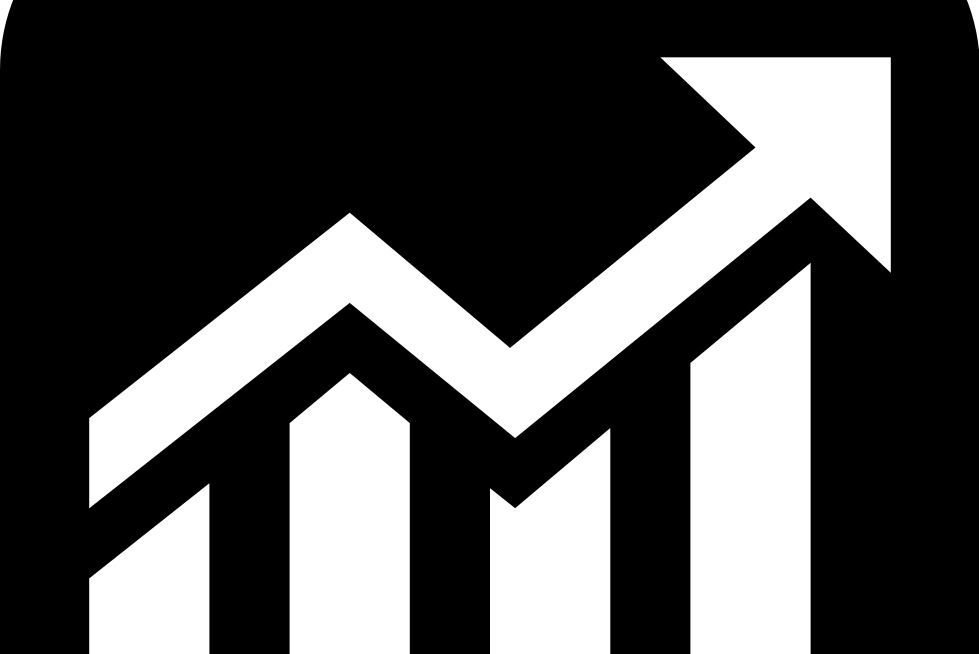 In what has become the most peculiar season, Week 3 was an injury hangover, a precursor to the unknown, and a continuation of the exciting, culminating with a disappointing big-ticket matchup. Nonetheless, fantasy football prevails, and every week somebody comes out the winner or the loser (except when you go for the tie, even though that’s worse than losing). Your team, no matter how decimated by injury, continues to carry on and lick its wounds. Your bench is replenished by players who you had never heard of up until yesterday, and now you are rooting for the fourth-string running back on a team that was supposed to be giving up on the season, hoping that this outlier can carry your team to glory. Ah, fantasy football is a cruel yet tantalizing mistress.

Production, both on the field and in your fantasy lineups, often correlates with a team’s successes and failures. Here we are three weeks into the season, and we’re starting to put together the pieces to see which team are legitimate and others that merely were a flash in the pan to start the season. In the same vein, we’re able to recognize which players have taken that fabled step forward this season and exposed others who have only seemed to miss that step and tumble down the entire flight of stairs into obscurity (cough Dede Westbrook).

MVP odds are starting to become clearer and the race for Trevor Lawerence is officially on. Let’s so who saw their stock move this week. (Week 2’s Report)

Coming into the 2020 season, Josh Allen’s single-high for passing yards was 266. Three games into the season and Allen has thrown for 1038 yards in three games, an average of 346 per game. Safe to say Allen has progressed in his passing game and now is a much more reliable quarterback, both in fantasy and for the Bills. His rushing upside is still there (22 attempts and 2 TDs on the season), and his completion rate on the season has risen to over 70%, all while ranking 5th in the league for Air Yards per game. Russell Wilson has been stealing the show around the league, but Josh Allen is right there with him so far this season. If Allen keeps this up, he’ll cement himself as a top-five dynasty asset at the quarterback position.

Dalvin Cook is quietly having an incredible start to the season. Currently, the RB3 in .5 PPR, Cook’s performance has been overshadowed by his team’s disappointment. The Vikings have started 0-3 for only the sixth time in franchise history and first since 2013. Cousins has had some early-season struggles, and up until this week, nobody had the answer to replacing Stefon Diggs. The defense has also had its ups and downs as they deal with an overhaul on that side of the ball. Meanwhile, Cook is averaging 6.1 yards per carry and already has four touchdowns on the season. Cook was already a top running back before the season started, and after signing a five-year extension, he is showing why he’s worth $12 million a year. If the rest of the team can find their footing, Cook will have even more opportunity to do damage and carry your fantasy team.

With Tyrod Taylor as the starting quarterback in Week 1, Keenan Allen saw eight targets. In Week 2, with Justin Herbert taking over quarterback duties, Allen saw ten targets. Last weekend against the Carolina Panthers, Allen found himself with 19 targets! He proceeded to catch 13 of those for 132 yards and a touchdown. If Allen proves to be Herbert’s favorite target, then he will have WR1 upside every single week, as the Chargers offense looks much more potent with Herbert as the signal-caller.

In PPR leagues, Allen is currently the WR7 on the season. Mike Williams has yet to make much of an impact, but as Herbert gets up to speed, there should be enough volume for both receivers. This year, there are only three receivers with more than a 30% target share, Jamison Crowder, DeAndre Hopkins, and Allen. He’s been nothing but consistent for his career, and there is no reason not to expect that to continue.

This hold is less about what David Montgomery has done on the field and more about what opportunity he will have going forward. He’s played well so far this season, ranking 3rd in Yard Created per Touch and averaging 4.4 yards per carry despite a lethargic offense up until this point. Now that Mitchell Trubisky has been benched and Nick Foles is leading the offense, things are looking much better for Montgomery & Co. Not only should Montgomery have more chances going forward but also more valuable touches as the offense finds themselves in the red zone more often. On the field, he’s looked improved from his rookie season, and your patience might be about to pay off as the 3-0 Bears look to keep moving.

While Devante Parker and Mike Gesicki have been the stars of the Miami Dolphins passing offense this year, Preston Williams should not be forgotten. During the 2019 season, Williams out-targeted Parker while both on the field and is now getting back up to speed post-ACL surgery. So far this season, he’s averaging only 6.8 fantasy points per game but has been up against the stout New England and Buffalo defenses, and then was part of a blowout game against Jacksonville last week. In Week 4, Williams will have the chance to have his biggest game of the year as the Dolphins play against the Seattle Seahawks and will be expected to pass the ball a lot.

During the late period of the fantasy offseason, Hayden Hurst became a popular sleeper. A first-round talent, Hurst was traded from the run-heavy Ravens offense to the high-powered passing offense of the Atlanta Falcons. So far, we’ve seen flashes of that potential production but have yet to see it consistently. Hurst is on a new team and learning the system after a weird offseason, and the Falcons offense constantly creates opportunities for the tight ends, as we’ve already seen. I predicted this offseason that it would take a couple of weeks for Hurst to get up to speed, and now I think we’ll start to see his volume ramp up a bit to where he’ll be able to produce TE1 numbers week in and week out. And we all know that the Falcons will be passing the ball…

Replaceable. That’s my buzzword for Haskins after his performance against the Cleveland Browns on Sunday. The Washington Football Team is not ready to compete just yet, and that means they are likely to have a top-3 draft pick this coming offseason. That spells a new franchise quarterback for Ron Rivera, who’s already admitted that a change could be coming. Whether it’s Trevor Lawrence or Justin Fields (Trey Lance anybody?), it’s likely Haskins finds himself on the wrong end of the stick at the end of the year. He’s not good enough to help your team this year, and he’s not likely to be worth much next year.

There is no doubt in my mind that Brandin Cooks is an extremely talented receiver, so why has he yet to make an impact? He’s struggled with injury to start the season but has been out on the field enough (81.9% snap share) that he should have produced some fantasy-relevant stat-line by now. Despite being on the field and a top receiver for Deshaun Watson, Cooks is currently the WR66 and is averaging 7.9 fpts (PPR). This simply isn’t good enough and is worrying for anyone who “bought low” this offseason.

Will Fuller has had his own ups and downs but at least has put up double-digit fantasy points in two of the three matchups so far this season. In Week 3’s matchup against the Steelers, Cooks could only manage 5.3 fpts with 3 catches for 23 yards. Randall Cobb has taken advantage of his invisibility (15.5 fpts in Week 3), but Cooks needs to step it up not only for fantasy-purposes but, more importantly, for the 0-3 Houston Texans. If there ever was a time to make an impact, the upcoming Texans schedule is quite favorable.

A classic example of too many mouths to feed. On a run-first offense, bookended by OBJ and Jarvis Landry, where does Austin Hooper fit in? Well, apparently pretty far down the list. Hooper is currently one of the least targeted tight ends in the league per snap. Hooper’s fantasy-relevance is starting to dwindle as he just isn’t being utilized in the Cleveland passing game. He’s been in on 81% of snaps for the Browns offense but has only seen 10 targets over three games. This is quite a contrast to last year, where he was averaging nearly 7.5 targets a game. While the talent is still there, the utilization is not, and in fantasy football, it doesn’t matter how talented the player is if they are not able to produce fantasy points for your team.

So there it is, another week down. While the injuries and frustrations may be piling up on your fantasy team, there are only 14 weeks left in the NFL regular season. Sunday’s go by quick, and we should cherish every minute of football, whether you’re watching Patrick Mahomes or Brett Rypien, football is football, and it’s what we waited all summer for. I know that I, for one, missed not having a preseason, and now every game means a little more to my football season. Week 4 will mark the completion of the first quarter of the season, and after that, we’re officially allowed to take victory laps, right?

So hit me up on Twitter @NateNFL if you have any questions on who to pick up, who to start/sit, and of course, who you should be keeping an eye on as the rosters start to get thinner. My DMs are always open, and I love to interact with others in this community. You can also find more of my work here on DynastyNerds.com, where I write for several different categories and also contribute to the site’s Superflex rankings. I also co-host a podcast called Dynasty Rewind (@DynastyRewind) that has a weekly waiver wire show on Tuesday nights and a live podcast on Friday nights. Feel free to reach out to me or any of the other guys on the show with any of your questions.

Stocks go up, stocks go down. Sometimes stocks are overpriced while others are undervalued. Sell high, buy low. Be patient, don’t be greedy. Clichés never get old.