Ready for the next big thing? @FF_TJHernandez introduces you to Branson Robinson, and explains why he could be a name to remember in the near future. 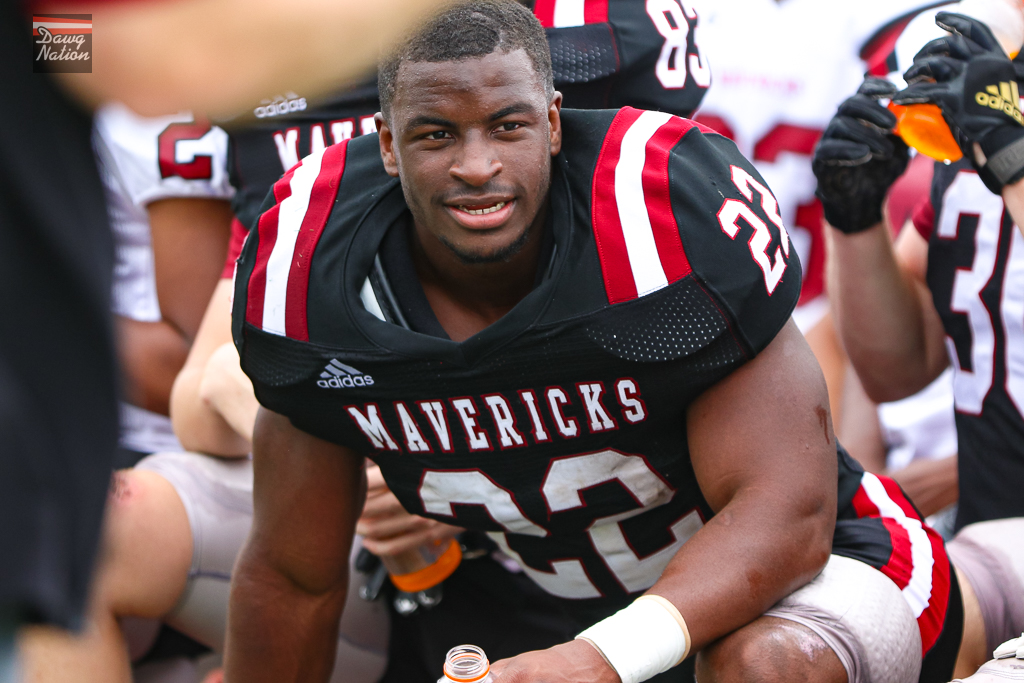 Branson Robinson is a bowling ball. No if’s, and’s, or but’s about it. The #1 RB recruit in the 2022 class, Robinson heads to Georgia with all the tools to dominate the SEC. At 5’10” and 220 pounds, he boasts elite size. With almost 2,000 yards and 15 touchdowns in his senior season, Robinson boasts an elite production profile. Let’s dive in and see exactly what Georgia is getting from their new man on campus.

The Five Tool Running Back

A state champion and record-holding powerlifter in Mississippi, Branson Robinson is a menace in the weight room. That strength translates to the football field exceptionally well, as Robinson runs through defenses with ease. Branson often needed to be brought down by multiple defenders in high school, something I believe will continue at Georgia. Expect this freakish strength to flourish in a program that has produced powerful NFL backs, such as Nick Chubb.

With a 4.49 40-yard dash, according to his Hudl profile, Branson Robinson has some speed to his game. Strong bursts through the line of scrimmage and great long game speed will continue to work for the power back. Successful running backs like Adrian Peterson and LaDainian Tomlinson ran similar times, but expect him to chase a 4.4 flat. Robinson’s combination of speed and strength work well together, as he profiles to be a dominant workhorse in any backfield.

Don’t let his size fool you; Branson Robinson can move. He has smooth feet and makes decisive cuts easily. Power is at the forefront of his skills with finesse, and they combine to make Robinson look like a create-a-player in Madden. Robinson can work horizontally on the field just as easily as he can move vertically. Don’t be surprised if you see that his highlight tapes are filled with as many broken ankles as broken tackles.

Robinson’s size made him an obvious animal compared to most of his high school competition. One thing that does stand out from the film is his contact balance and ability to bounce off defenders. With much of Robinson’s Hudl tape featuring runs with multiple broken tackles, there is not a shadow of a doubt that the running back can maintain his balance and work upfield easily. At an athletic 220 pounds, Branson Robinson will enter the SEC playing field with the size and ability to finish runs and extend plays through contact.

Though Robinson wasn’t utilized a ton in the passing game, the few clips I found of his receptions looked good. His body control is displayed in his route running, and his hands look smooth when bringing the ball in. The receiving game isn’t Robinson’s greatest strength, but it looks smooth enough to be a threat out of the backfield. In signing with Georgia, a committee will likely be in order. This means there is a chance Branson Robinson won’t see a large number of targets. Many may see this as a lack of talent from Robinson, but it will fall as a surplus of talent in the backfield.

Branson Robinson heads to Georgia with the size and skill set to be an instant contributor at the running back position. In an offense that has produced a plethora of NFL RBs, Kirby Smart may have found another. A three-down profile, Robinson will sadly fall into a committee, as much of Georgia’s offense is founded on using multiple backs. Don’t let this scare you, though, as I believe the freshman will make the most of his early touches and transition to the college level easily. Robinson passes the eye test with flying colors. Expect him to be a name that holds some value in the next few years.