Next Man Up: Week 17 Injury Review

It’s The Final Countdown. For all the leagues that continue into Week 18, @ReflipeWThenuz covers all the Week 17 injuries and the next men up. 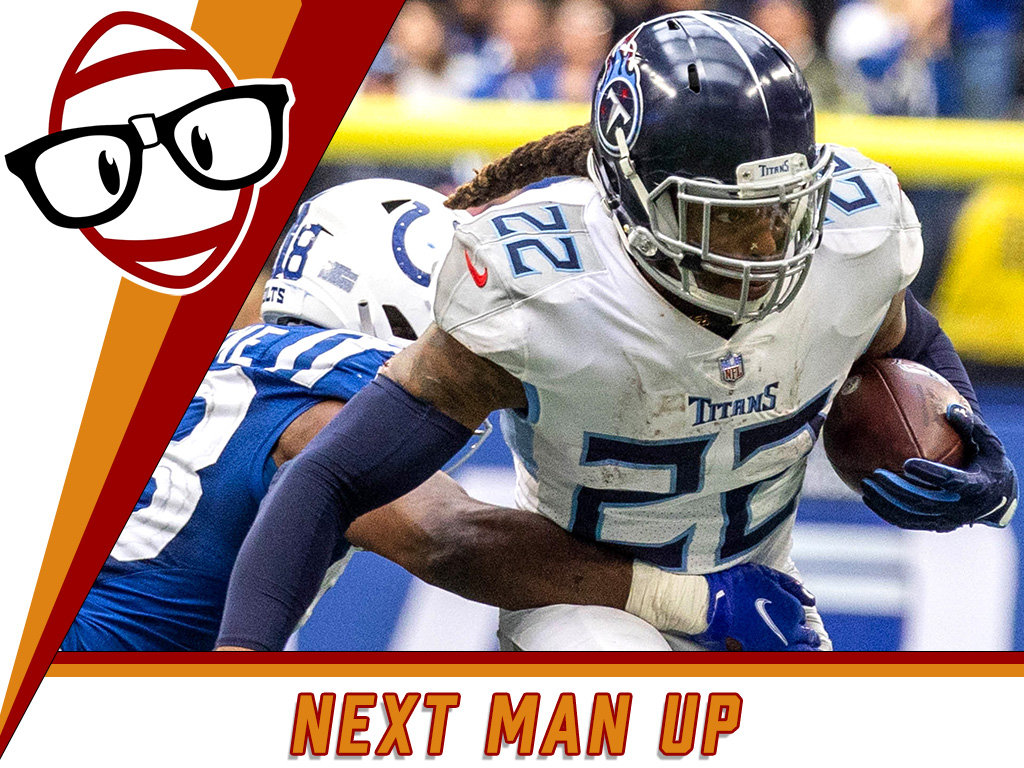 Each and every week, players across the NFL suffer injuries. This weekly article will explore the injuries that affect your dynasty squads. We will briefly discuss both the injured players themselves and the players who stand to benefit or suffer as a result. In order to make them easier to follow, we will break down the injuries by division. Without further ado, let us examine the Regular Season Week 17 injuries and the next men up.

New York RB Michael Carter was knocked from his team’s Week 17 loss to the Buccaneers with a concussion. The talented rookie was in the midst of yet another explosive game when he was concussed. Team officials have said that they hope he will gain clearance ahead of their season finale against the division rival Bills. If you play in a league like my oldest league, where Week 18 is in play, keep an eye on how Carter progresses through the protocols. If he cannot gain clearance, the Jets would turn to a committee comprised of Austin Walter, Ty Johnson, and potentially Tevin Coleman.

Tennessee TE Mycole Pruitt was carted off during his team’s Week 17 victory over the Dolphins with an ankle injury. The former Vikings draft pick was serving as one of Tennessee’s platoon of TE’s. He is pretty far off the fantasy radar but we like to bring you all the fantasy/dynasty news that affects your squads. Pruitt’s absence could potentially mean a couple of extra looks for fellow TE’s Geoff Swaim and Anthony Firkser.

Cincinnati QB Joe Burrow may have suffered a leg injury in the final moments of his team’s dramatic Week 17 victory over the Kansas City Chiefs. The young phenom enjoyed one of the better games of his career when he took a shot to the side of his leg on the game-winning drive. While team officials have been dismissive about any issue, it was enough that he was not on the field for the final snaps. If your league plays in Week 18, keep an eye on news out of the Queen City as it is possible the Bengals could be forced to or decide to go with Brandon Allen as they prepare for their first-round playoff game. It sounds like a non-issue, but it could be enough to garner him rest.

Las Vegas RB Josh Jacobs sustained a Rib injury in his team’s dramatic Week 17 victory. The former Alabama stud could gut it out and return to the game. The Raiders are playing for their playoff lives in a win-and-in scenario. Jacobs will almost certainly suit up for the Raiders elimination game against the division-rival Chargers. It is possible he may surrender a couple of carries to Peyton Barber and Jalen Richard, but with the finality of Week 18, I fully expect him to suit up and play as much as possible.

Denver QB Drew Lock suffered a shoulder injury in his team’s Week 17 loss. It looked like he was out of the game early but managed to return to action after a brief exit. While his throwing shoulder may not be 100%, the former 2nd round pick will likely play in the season finale against the Chiefs. If for some reason, he suffers a setback and cannot go in Week 18, the Broncos would be forced to turn to former Boise State QB Brett Rypien to close out the year. This is a situation to avoid in all but the deepest of Superflex leagues.

Dallas WR Michael Gallup was forced from his team’s Week 17 loss with a knee injury. Testing revealed devastating news. The free agent to be tore his ACL and will require season-ending surgery. With Gallup heading for the open market, this injury will almost certainly muddy his future. It is reminiscent of Allen Robinson’s path a few years back. However, unlike Arob, Gallup tore his knee late in the season. He may need to start 2022 on the PUP list. As for week 18, the Cowboys will lean heavily on Amari Cooper and CeeDee Lamb along with talented reserve Cedrick Wilson to fill out the WR room. Dallas doesn’t have much to play for in Week 18 so this may be a situation to avoid if your league operates in Week 18.

Washington TE Ricky Seals-Jones was carted off during his team’s Week 17 loss with a neck injury. The talented reserve was filling in for an injured Logan Thomas. This injury will likely spell an end to Seals-Jones’ 2021 season. In his place, the Washington Football Team will turn to John Bates, who becomes an interesting play in TE premium leagues. It is also possible that Washington looks to give their talented yet raw rookie TE Sammis Reyes some run in the meaningless season finale.

Tampa Bay WR Antonio Brown allegedly injured his ankle during his team’s Week 17 victory. In one of the strangest scenes I can recall, the talented WR stripped down on the sideline before crossing the field and literally quitting on his team. In a sense, Tampa Bay got what they were asking for on this one. Brown has turned into one of the most volatile players in recent memory. His career is likely finished at this point. As for Tampa, they will look to some of their reserves such as Scotty Miller, Breshad Perriman, and Justin Watson, to man the starting spots. Mike Evans and TE Rob Gronkowski are in for a massive workload to finish out the year.

Tampa Bay RBs Ronald Jones and Ke’Shawn Vaughn suffered injuries in the team’s Week 17 victory. Ronald Jones appeared to suffer a fairly significant-looking ankle injury while Vaughn sustained a rib injury. It is highly questionable whether either of these RBs will be able to go in Week 18 against Carolina. Tampa will have to turn to Le’Veon Bell, who is the team’s only healthy RB on the roster. If your league plays in Week 18 and you are desperate for a player, Bell could be a sneaky play as he appears destined for a sizable role.

Atlanta TE Kyle Pitts exited his team’s Week 17 with a hamstring injury. The uber-talented rookie has been chasing history down the back half of the season. In Week 17, he became the first TE in a generation to top 1,000 yards in his rookie year. Consequently, he is only 58 yards shy of Mike Ditka’s rookie record of 1,076, which the Hall-of-Famer did amazingly in a 14 game season in 1961. Pitts will surely like to give it a go, but Atlanta will certainly be cautious with their cornerstone player. If Pitts cannot go and fellow TE Hayden Hurst can’t gain clearance from the Covid list, Atlanta may be forced to turn to Parker Hesse, who filled in after Pitts’ departure in Week 17. There are a lot of moving parts in this situation. Keep an eye on how things play out during the week.

The NFC North made it through Week 17 without any fantasy-relevant injuries.

The NFC West escaped Week 17 without any skill position injuries.