There are always players that breakout every year in dynasty, but @DarthDbacks gives you some names to go get before they have their dynasty breakout in 2022, South edition 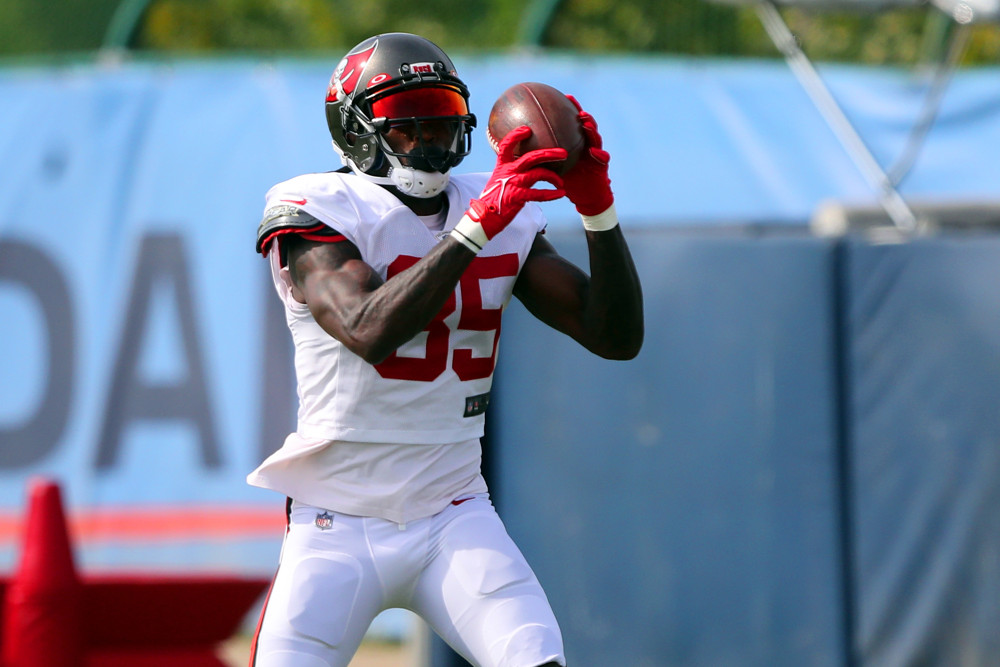 Every year in the NFL, players from all positions have breakout years that tell the world they are among the best at their position in football. Every breakout year matters for every type of player, but in dynasty, the focus is on skill players like a wide receiver, tight end, linebacker, safety, and so on. When dynasty breakout seasons occur, it could win dynasty players their league if they correctly acquired the player before the season started. You got a lot of value by buying players like James Conner or Dalton Schultz before they break out. Getting the right dynasty breakout players before or very early in the season can change how your entire season goes. Here are some names to keep in mind for the NFC South.

Edwards has been a sleeper pick of many dynasty players to break out since he got drafted in the third round of the 2020 NFL Draft by the Raiders. Unfortunately, he never truly got a big opportunity to play on Gruden’s Raiders. Then, in the offseason, the Raiders’ new regime traded him to the Atlanta Falcons, who desperately needed wide receiver help. Now, he will get plenty of playing time which is all you can ask regarding a young wide receiver like Edwards (24). Edwards has decent potential in this offense as he will be the No.3 option for the quarterback, either Mariota or Ridder. Still, this means that Bryan Edwards will have his best year.

Last year, Edwards had three touchdowns on 34 receptions off 59 targets and 571 yards. I’m predicting him to get 79 targets, 48 receptions, 566 yards, and three touchdowns with an average PPR of 7.5 ppg. These aren’t amazing numbers, but he’s a capable bye-week filler who will put up some points. In this atrocious Falcons team, there aren’t many that will likely break out since they are all rookies or close to retirement. Another name to remember is linebacker Troy Anderson.

Gross-Matos is set up for a vastly expanded playing time this year. He was blocked by Hassan Reddick last year, but now Reddick is in Philadelphia. He hasn’t been given a true test of an entire season’s worth of games as he only played in 43% of the defensive snaps the last two years. However, with no one blocking his path, Gross-Matos should start. It wouldn’t be surprising to see him get eight or more sacks when he does, which would make an IDP dynasty breakout player. Last year he had a forced fumble, 3.5 sacks, and 28 combined tackles with five tackles for loss in only 38% of the team’s snaps.

Don’t be surprised if Gross-Matos plays up to a DL3 tier this year. With expanded playing time, he will have plenty of opportunities to make impact plays. See if you can’t get him for cheap in your IDP dynasty league.

There’s no young linebacker that hasn’t broken out that I like more than Werner. He has elite potential, in my opinion. Don’t just take my word for it. PFF gave him a 91.0 run defense grade, the highest since 2014. He played in 15 games, 40% of the defensive snaps, and had 62 combined tackles, 36 solos, four tackles for loss, and a quarterback hit. He’s going to be one of the best run-stoppers in the NFL. It’s great to see that he’s improving at coverage, too, as that will increase his snaps. This means there will be a higher likelihood of more points. This year, I’m expecting Werner to finish the year with a lot more impact plays and even add in some sacks. He’s only 23, so buy him now. He will rise in value. I see him being an LB1 in the future.

Yes, Jones has already broken out once. He’s a potential future Hall of Famer that dominated defenses as one of the best wide receivers in the NFL for nearly a decade. However, in terms of his dynasty value, this could be the last year for him to do well, in which you could sell high if you still have him. In the previous two years, Jones has only played in 19 of the possible 32 games. That’s not good. Combine that with the fact he’s entering his age-33 season and finding anyone to trade for him has been challenging.

That will change this year. If you can sell Jones for a late second, do it. He isn’t going to be a factor in dynasty or the NFL for much longer. See if you can get out while the hype on him playing with Tom Brady is there. Sure, Jones might have one more great year, but it’s more likely he does just alright and misses time. In that case, you held too long, and now you’re stuck with him until he retires. Don’t be stuck holding the bag; sell while his dynasty re-breakout year value rises. The Buccaneers don’t have many guys who haven’t had a dynasty breakout year. They are all established veterans. That’s why I chose Jones. At least his value has surpassed that of a late third-round pick.