NFL Coaching Changes That Can Benefit Your Fantasy Team

Coaching changes are on the horizon, two teams already are looking but who may join them in the search and what impact will that have on your fantasy team? 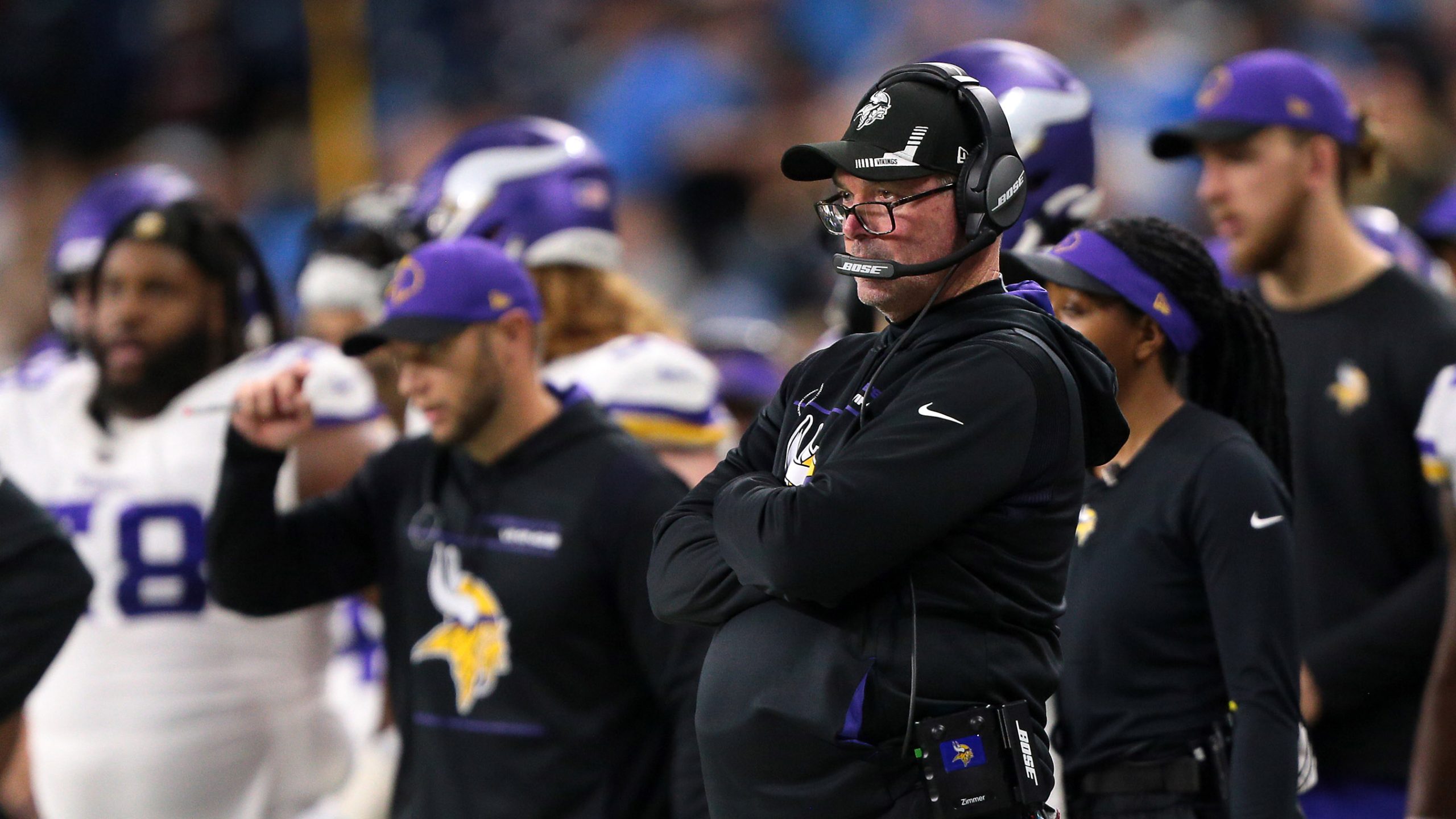 Thus far this season, there are two confirmed openings with the Las Vegas Raiders and Jacksonville Jaguars ousting their coaches. Both were let go after controversies riddled Jon Gruden and Urban Meyer, respectively, and now both teams look to move on. Both teams are in different steps of the NFL’s process, with the Raiders already built around Derek Carr while the Jaguars are still building and developing a team led by top pick Trevor Lawrence.

These teams have a ton of highly drafted offensive pieces and established veterans who have shown they can provide fantasy relevance. This begs the question, who could these teams bring in to keep these offenses rolling and developing?

Some answers have started to emerge from the insider trees, but there are also rumblings of other coaches fighting for their jobs as well to end the season. These moves that owners and front offices make will not just have ripple effects on the NFL teams but also on your dynasty team.

Analyzing these moves is why you are reading Dynasty Nerds because there is no offseason and the moves these teams make need to be monitored and analyzed, let us dive into that.

The Jaguars have a horrific culture and poor coaching staff leftover from what Urban Meyer had assembled. Owner Shad Khan announced that the team would be retaining general manager Trent Baalke, which already makes this coaching search less than ideal. The ideal hiring, though, could be Pep Hamilton. He has been around so many of the younger passers in the league today and previously, such as Andrew Luck, Justin Herbert, and now Davis Mills. His latest project in Davis Mills may be his most impressive job to date so imagine what he could do with someone with Trevor Lawrence’s talent?

In the case of the team going the Doug Pederson route, it is not a bad hire either. It would make a boring hire potentially but not a bad one. Pederson has shown he can help coach a successful offense despite what his last year in Philadelphia demonstrated. What is concerning is whether he can build a successful culture in Jacksonville or bring that culture from his last season in Philadelphia. The bottom line is there was a reason he was axed last year during the NFL coaching changes cycle.

Brian Daboll was a finalist for the Chargers job last season, so much so it was reported he had it until he didn’t. Daboll has coached under both Nick Saban and Bill Belichick at Alabama and New England, and while we don’t know if he is a fan of New Year’s resolutions, we know he can coach an offense and have a good culture. His work with Josh Allen and the receivers in Buffalo should make you giddy at the thought of what he can do with Derek Carr and his receiver group as is.

Now the case for Rich Bisaccia earning the job really depends on what happens these next two weeks. If the Raiders win out, they make the playoffs, and that could be enough to earn the job. Carr and company have had mild success on offense, but the lack of production from Josh Jacobs, minus this past week, is concerning though. This past week we saw them establish the run, so it will be telling to see what he does now utilizing Jacobs on offense.

It was reported last week that head coach Matt Nagy believes he is coaching his last games for the Chicago Bears; thus, we are here looking at this job in the NFL coaching changes circuit.

Now pulling back the curtain a bit, 12-year-old me that saw Byron Leftwich run a smooth offense in Jacksonville with the likes of Fred Taylor and Jimmy Smith, loves the idea of him coming full circle. Leftwich has been mentoring under Bruce Arians going back to his Arizona days. In Tampa Bay, he has helped Tom Brady construct an offensive system that continues to impress. The use of so many receivers and running backs and them producing is something that should have you excited if you are a Justin Fields and David Montogmery shareholder.

The downfall to Chicago from a fantasy perspective is that it always seems to come back to the defensive side of the ball. Leslie Frazer is a veteran coach and has previous head coaching experience with Minnesota. This would be a safe hire for the Bears, which is why I can see it happening for them with all the expected turnover on the horizon.

Mike Zimmer has long been on the hot seat, and the latest tough stretch that the team is facing during a season of mediocrity should generate a coaching change.

If they make a move, though, this may be the spot for Eric Bienemy to do his best Stone Cold Steve Austin impression and give the league the finger after passing over him for years. Yes, the reports always surface about his rough happenings in college while in Colorado, but we need to realize people grow up and change, and the change can be seen in Kansas City. If the Vikings bring back Kirk Cousins, imagine the passing concepts he can doctor up with Justin Jefferson and Adam Thielen? What about having one of the best running backs in the league in Dalvin Cook? Sign me all the way up.

Now, just like Chicago, Minnesota could go the way of what may seem like a safe hire, and that is what Todd Bowles could be. He just got a juicy extension down in Tampa Bay, but obviously, another head coaching opportunity may be enough to lure him away, and Minnesota might be that. The defense is solid but missing some pieces, but in terms of offense, his coordinator hire would be critical to whether the offense could keep rolling.

Aaron Rodgers was heavily linked to the Denver Broncos this past offseason, so could they go after his offensive coordinator to entice him to approve a trade to the Mile High City? The results of these NFL coaching changes may decide it.

Hackett has been the Packers offensive coordinator since 2019, but before that, he did his best work with Blake Bortles, of all people. He got enough production of Bortles that he was able to get him and the Jaguars to the AFC title game and Bortles a big payday. Hackett has shown he can run one of the league’s best offenses through Rodgers. He has also picked up the experience and traits needed to run a team during his time in the league.

Another proven leader is Jim Caldwell. Despite being out of the league since 2019, he has already had his name brought up in the Jaguars search. Caldwell would be a decent hire as well, but could it be enough to help the Broncos land Aaron Rodgers? Maybe, maybe not. What it can do though, is manage this offense as is and may be able to get more juice out with his squeeze of it all, but the quarterback position will be a big test for him without Rodgers.