Creating Value and Depth can be hard. @DynastyMad believes “downgrading” via public opinion is your best bet to create it. 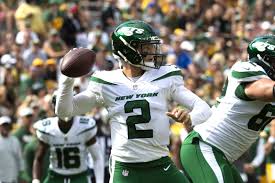 Throughout the years, I’ve found one of the best ways to create value and depth in dynasty fantasy football is to trade assets that you don’t want to trade. There’s an art to this concept, considering how much change we see throughout the league each year.

However, the central concept here is to peek into your crystal ball and identify the next great, undervalued talent at the position. At a high level, we’re trading away our high-end QB1 finish from this past season for a lesser-known commodity or a player where the consensus is “they stink,” and we’re trying to profit off of these misconceptions.

Method to the Madness

I’m sure I’ve lost a couple of you with this proposition. For those who are still here, consider that since 2015 only one quarterback has gone wire to wire as the fantasy QB1 two years in a row. That QB broke my motto of “trade whoever finishes #1 at the position.” It was Josh Allen who did it in 2020 and 2021. Since 2012, there have been eight different overall QB1s (in the last ten years). Five of the QB1 finishes would fall out of the top 5 of the position the following season, including three of those quarterbacks falling out of the top 12 the following year.

Since 2015, 25% of the top 12 at the position changed on average year over year. Just this last year, we saw Matthew Stafford, Joe Burrow, and Jalen Hurts finish top 12 for the first time in the last three years. With 25% of the top 12 changing each year, it creates value in predicting that next “breakout” at the position and who the next Carson Wentz is (since finishing QB5 in 2017, he has one other top 12 finish).
Without further Ado – I present my 2021 Trade Down Candidates (and trade away candidate).

There has never been a better time to get out of the Joe Burrow business than right now. Burrow finished the 2021 season with a total of eight games inside of QB1 territory, ending the season with a bang as QB1 overall against the Ravens and Chiefs in the final two weeks of the season.

However, when you break down the season, it’s easy to see some possible regression to being outside the QB1 territory in 2022. Throughout the playoffs, Burrow was 6th at the position in terms of fantasy points per game edging out Big Ben by just one point. Additionally, Burrow had equally the same number of weeks inside the top 12 as he did outside the top 12 at the position. Most dramatically, Burrow had two 25th overall finishes (out of a league with 32 starters) and two QB1 overall finishes. That’s to say, Burrow is a highly volatile player and one I believe is being overvalued in terms of dynasty.

This one is technically cheating because everyone knows that Watson is a premier talent on the field. Deshaun Watson, when healthy, hasn’t finished below QB5 in any season in which he’s played. This doesn’t condone Watsons’ actions off the field, but in terms of fantasy football, Watson is a special talent. Based on the market, the two trade offers I would be looking at to upgrade my team would be as follows (this assumes a Superflex league).

The market for Zach Wilson is extremely low and for a good reason. Those that follow my work know that I’m a Wilson fan. He was brutal throughout much of 2021. After the Week 12 bye, though, it appeared as though something might have clicked for Wilson.

After throwing 9 interceptions in his first six starts, he threw only 2 in his final seven games. From Weeks 12-17, he had two top 5 finishes. While he had two clunkers in there, it’s important to remember that he was missing almost all of his weapons down the stretch as well. Not only did Wilson begin to show improvement through the air, but he was being utilized on the ground as well. While he’s not a Konami code quarterback, Wilson had three games with at least 10 yards rushing and had 3 touchdowns via the ground. There’s enough rushing upside in Wilson that a top 12 finish isn’t out of the question, and he’s paired with Elijah Moore, Corey Davis, and my favorite throw in Kenny Yeboah.

Best of both worlds