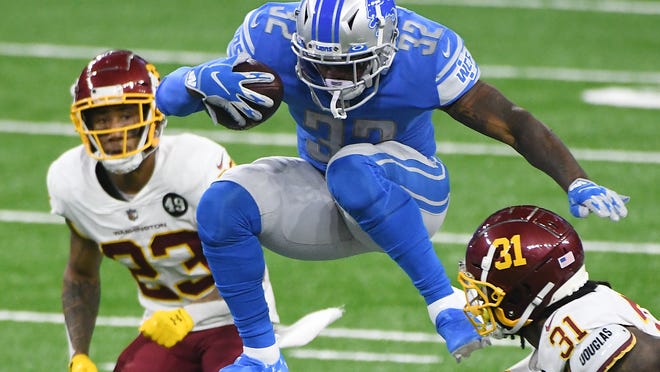 If you have been playing dynasty for a while now, the term “orphan team” is nothing new. To the uninitiated, the term orphan team simply refers to taking ownership of a team that someone had to leave behind. Dynasty leagues are forever(in theory), but the odds of holding together the same guys through the years is slim to none. Many leagues will even have a waiting list to have someone slide in if need be and pick up the pieces. Sometimes these teams can be good, sure. More often than not, you’re dealing with a team that has select assets and a bunch of nonsense that’ll leave you shaking your head.

If you really want to take your dynasty experience to the next level, you are on Twitter. Many experts and different takes galore can be found. It generally gauges the community and where everybody’s head is. It was through Twitter that I stumbled on my first orphan team.

I didn’t ask for much, I just wanted to know the entry fee, the rules/format (1 QB/2 RB/ 3 WR/1 TE/3 FLEX/1 DEF), and most importantly, I wanted to know what the new squad looked like. The notable players that popped off the board in value were Josh Jacobs, DK Metcalf, AJ Brown, Deebo Samuel, Calvin Ridley, and Travis Kelce. Throw on the dance shoes, let’s party, we’re ready to tango.

Knowing the rookie draft would be huge in shaping this team, there was not a chance I would forgive myself for rostering players like Josh Rosen, TJ Yeldon, Hakeem Butler, and Zack Gentry. Looking like a decent move, especially when you have to ask yourself who the fork in beans is, Zack Gentry?

The actual objective was to take a third eye view of my team. Ask me, “what would I want to trade for?” but also know what I don’t want on my roster. Two names that stuck out like sore thumbs, Josh Jacobs and Sony Michel.

So your boy got to work. After breaking down some of the roster needs of my league mates, I was ready to start making moves. The very first trade was my Sony Michel and Emmanuel Sander for Diontae Johnson. This was easier on my end to do than breathing air. It was a beautiful day.

I still had a fever, and the only prescription was more trades. I sent off the talents of Deebo Samuel for Robert Woods and Melvin Gordan. No hate for Deebo at all, but I all but knew Robert Woods was undervalued. Even though the tread on the tires isn’t what it used to be, Melvin had a few years left minimum, so why not roster an RB with guaranteed touches. RBs are king.

The rookie draft was guaranteed to boost my squad’s firepower if my picks went swimmingly. Picking at the 1.05, I held zero hopes of seeing Johnathan Taylor, who was my 1.01. I was absolutely stoked when Taylor fell to my pick. Then at the 1.06 selected D’Andre Swift. Two future pillars in theory that could one day be ruling the dynasty landscape. I did not get the immediate payoff with 2.5, 2.6, and 3.5, where I chose Denzel Mims, Joshua Kelley, and Anthony McFarland. Plenty of time for Mims to be solid and then some. The later RBs, I’m not feeling too hot about their chances.

Everybody had trade fever after the rookie draft. One team stuck out to me as a team that made trades that shouted, “Hey, I’m rebuilding.” I sent my 2021 first-round pick for Deebo Samuel. Welcome back, buddy! It isn’t just knowing what your team needs that gets you to the top. It’s knowing what your opponents need, what appeals to others that day, thinking about where values are at the moment, and gainfully exploiting them. This first-round pick represented 1.12 to me that day. I wasn’t settling for anything but a championship.

My team was great. It needed to be better. There is always room for growth and improving the process. Two weeks into the season, I would send Josh Jacobs and Robert Woods for Joe Mixon and DJ Moore. Jacobs and Woods got off to sizzling starts as opposed to Joe Mixon and DJ Moore. This made me laugh at the fact I knew a trade like this was possible at that moment in time. Mixon and Moore are two of my higher valued dynasty rockstars, and Josh Jacobs was always in the plans to shop. Robert Woods is great, but when stacked against DJ Moore in dynasty, it isn’t even debatable to me. Sometimes you just gotta get your guy. Other times you’re just hustling fools that don’t know better.

The team was looking like a juggernaut. There was one glaring weakness, my need at quarterback. Now with deeper rosters and it being a 1 QB league, the need for an elite QB wasn’t necessary. Still, I wanted someone on my dynasty team I could watch blossom into a one-day legend. My eyes were set on my favorite quarterback in the NFL, Joe Burrow. I was giving up Deebo Samuel (again), Anthony McFarland, 21′ 2nd, 21′ 3rd, and 22′ 2nd for Joe Burrow and Michael Pittman. The guy thought he was pulling a fast one on me. I said if he threw in Pittman, I would make the trade, send him flowers and tell everyone I know what a cool dude this stranger in my dynasty league was.

Wrapping up the trades

The Burrow deal put a bow on my trades for the season. I did make some key free-agent pick-ups; Mike Davis, Chris Herndon IV, and Quez Watkins. The most notable addition to the squad came post rookie draft when I got my sticky mitts on Darnell Mooney. I grabbed Mooney off waivers right after the draft finished.

Welcome to the taxi squad Darnell. Get comfortable, take your shoes off and stay awhile. I call Darnell Mooney, the taxi squad anchor. The value for Darnell was solid, and with the sprinkling of Justin Fields in the Bears system, Mooney has some serious upside these next few years. That makes my utilization of him on the taxi squad that much sweeter. There was no need to call upon Mooney’s services his rookie year. Therefore he never had to leave the taxi squad and lose his eligibility. This gives the bottom of my lineup much more flexibility. If possible, this is the best way to build a stacked roster from top to bottom.

Taking this 6-7 castoff of a squad to a 10-3 playoff team with a first-round bye made this all a success. Being a contender was never the goal. Many moves were made with winning in mind. Diontae Johnson, the very first player I traded for, would earn his stripes in the playoffs. Going into the Sunday night game of the semi-finals, I was down 196-191. My opponent and I each had one player left. For a trip to the finals, it was my Dionte Johnson vs. his Ben Roethlisberger.

Sometimes it’s better to be lucky than good. Ben Roethlisberger would have one sole touchdown this day, and it was to none other than the third-round steal from Toledo, Diontae Johnson. With this and every 3-yard bubble screen, Diontae would put my team on his back and bring me to the finals. Final score 211 to 204. Like Dominic Toretto said in “The Fast in the Furious,” “It doesn’t matter if you win by an inch or a mile, winnings winning.”

Do you believe in miracles?

Shades of when the Americans beat the Russians in the semifinals of the 1980 Winter Olympics, the championship win in the next series didn’t have the same epic story. The team was too good. Ali, in his prime, would have gotten knocked out. Tiger Woods can wear his red shirt on Sundays, and it wouldn’t have mattered. Getting to the championship and knowing I made all the right moves was all the confidence one needs in this game. Winning handily, my boys brought home the glory. Play “We Are the Champions” by Queen on repeat and enjoy the offseason golfing.

To this day, I’m looking to improve this orphan turned Goliath. Everybody has their price, including rockstars like Johnathan Taylor and DK Metcalf. Just recently, I moved these two machines for Christian McCaffrey and Chris Godwin. CMC needs no explanation in a PPR league at only 25 years old when the season starts. One year removed from his WR2 overall campaign, the community couldn’t be lower on Chris Godwin, who just had an injury-riddled outing in 2020. We could be looking at the last “buy low” window for Chris Godwin. Obviously, this was no “buy low” trade, but I truly believe I took the side that wins out this season. To be good, you need to have some confidence, and the occasional pat on the back goes a long way.

Taking over an orphan was some of the most fun playing dynasty in the last few years. It gave me a great perspective on what I like and how to use others’ interests to benefit both parties. Seeing this mediocre team turn into something truly terrifying to competitors is cooler than James Dean smoking a cigarette. Taking over an orphan team is truly rewarding as it is challenging. I would advise all that play this game to take a dive into strange waters and come out the other end a better fantasy player.