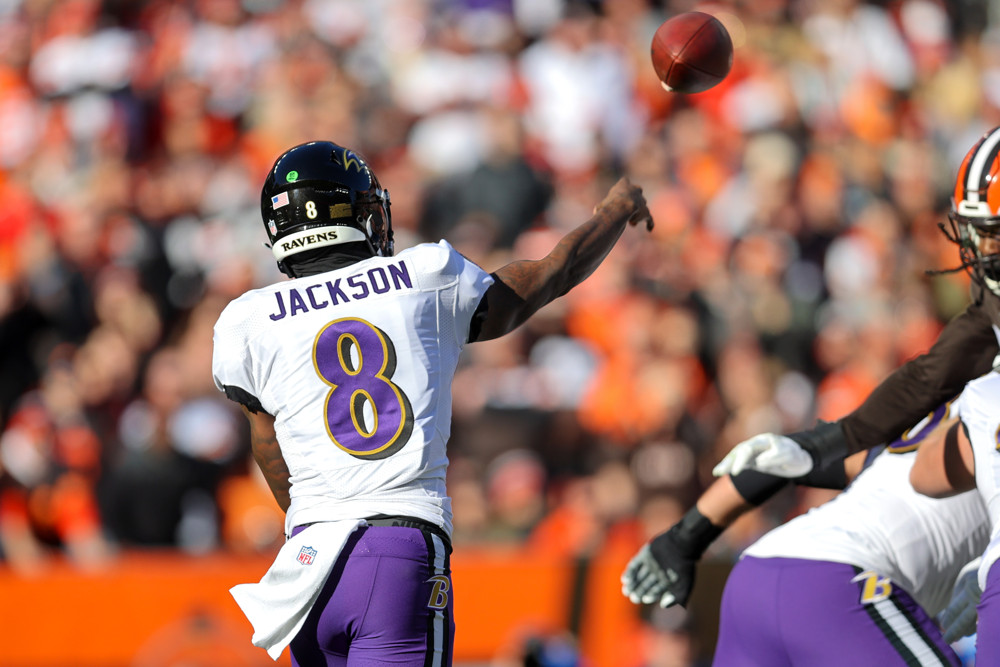 To keep our finger on the pulse of the dynasty community, I have included this week’s players with the most significant moves in value determined by consensus rankings. A value-above-replacement “Reserve” system derives player value. The system values a “start 9” non-SF 12-team league, with each starter’s back up for a total of the top 216 (18*12) players. See my previous article on how to value players to further understand this system. The below summaries show the new value in dollars, the change in value in dollars, and the % change in value for each player. All scoring discussions will utilize the full-point PPR format. Note that rankings become available each Friday. There is a natural lag in this data which will not include the player’s current week’s performance. Note that this week’s article tracks two full weeks of data.

Rhamondre has vaulted up to the 12th-ranked dynasty running back. He is also 12th at the position in PPG. He has seen a snap share above 80% in four of his last eight games, including a 98% share in Week 13. Even with that workload, he has only reached 100 all-purpose yards in two of his last seven games. Additionally, he has only 1 touchdown in the last five weeks. While his rushing attempts are on the lower side of a top-12 running back, he makes up for it in the receiving game, seeing about eight targets per game of late. Running backs are a risky bet in a Belichick led offense. He started the season in a committee with Damien Harris, but injuries seemed to have derailed that timeshare. The remaining backs have garnered little trust with the coaching staff.

KTC has him valued at an early first, which is a touch more than my value for him. While young and seeing a ton of snaps, I am not sure that workload will continue while in New England. The Patriots are far from an offensive juggernaut, so the touchdowns will not come easy. With this huge offensive role, he has still failed to put up the gaudy numbers we would expect from this workload. For now, he seems a bit overpriced. At a similar price, you could look at Javonte Williams. With Melvin Gordon out, his competition at this point is a 32-year-old running back. He could be in for a huge role next year.

Najee Harris had been on the falling side of this list for most of the year. However, after being called out by Tomlin prior to Week 10, Najee went on to rush 20 times for 90+ yards in his next two games. He was off to a good start in Week 12 with 39 yards and a touchdown before leaving the game with an injury to his oblique. Najee had only three touchdowns in his first nine games due to the lackluster Steelers’ offense. Over the last 2.5 games, he has seen paydirt three times to match his season total prior to that point.

KTC has him valued at a mid-first which is a bit high for where he stands. After this run-up in price, we will see his value fall, especially if he can’t play this week. The main takeaway from recent weeks is that Najee can still perform as he had last year. He was a top dynasty running back coming into this year and has the upside to jump back up the board. I would look at waiting for a drop in price with this potential injury. Making a move for him as a potential rebound candidate next season may be wise.

With Zeke’s return, the true test for Pollard is now at hand. Zeke was eased back into the offense in Week 11, and Week 12 saw an equal snap split between them. With reduced touches, Pollard only managed 61 yards on 20 touches.

KTC has Pollard’s value remaining flat with Zeke’s return at a mid to early-1st. Pollard is in the last year of his contract and will be an unrestricted free agent next year. That uncertainty can only increase his value as managers hope for a better landing spot or a true but unlikely lead-back takeover in Dallas. This is much higher than his value as a late first. At this price, you are giving up a rookie RB2/3 which is way too high a price for a handcuff with potentially a 60/40 lead-back ceiling moving forward.

The time to sell high remains. He is still young enough that all but an early rebuild team would be interested. He is also making a huge difference for a contending team, although potentially now hampered by Zeke’s return. I don’t think we will see his value go much higher. I don’t see the case for Pollard becoming a dominant lead back, even if he finds another team next year.

You rarely see a lead back 15 spots behind his handcuff in scoring. Swift currently sits in 25th in PPG behind Jamaal in 10th. The concerns around Swift going into the year had been longevity/injury risk and losing goalline snaps. Both have unfortunately come to fruition for Swift owners. Swift is now only garnering a third of the snap share. There had been talking about shutting Swift down or reducing his workload to keep him healthy for next year. With the Lions at 4-7 and unlikely to make the playoffs, it appears that is the path chosen. There is also the potential that there are still some lingering injury-related issues.

When healthy, Swift’s efficiency and pass-catching ability derive significant value. However, he has plummeted in the ranks, with Jamaal taking over the backfield. At this point, his value would be for next year and the continued hope that he can take over a significant portion of the backfield and see some goalline snaps. He did see a goal line touchdown reversed in Week 12, so we are now seeing some signs of life.

At a price of a mid to early first, he could be a good bet. Unlike a similarly priced Pollard, Swift is younger and has shown more consistent upside opportunities. If we look back to the start of the season, Swift was putting up monster numbers. In a game where variance is prized, Swift may be worth the gamble.

Herbert had struggled most of the season with injuries to himself and his receiving core. Allen hadn’t seen significant playing time until Week 12 after being slowly brought back in Week 11. Mike Williams has been out since Week 9. While Palmer and Carter have stepped up, they can’t replace the talent of the WR1 and WR2. Herbert has thrown 5 picks in his last six games and hasn’t cracked 300 yards in his last seven games. With the quarterback position seemingly narrowing with fewer standout players this year, I believe there is a natural drop in value across the board.

KTC has Herbert worth more than an early first. I believe quarterback has been heavily skewed to the upside, and I prefer to add value outside of this position. Geno Smith can be had for an early third and has outperformed Herbert. While it can make sense to pay up for a top-tier quarterback, Herbert doesn’t have the running ability that would give him that edge. With quarterbacks lasting longer than any other position, it can make sense to target the older, more reliable players that come at a low cost.

We see a similar drop in value for Lamar as well. Lamar put up insane numbers in Weeks 2-3 but has since dropped significantly to subpar levels. However, in Week 12, we saw him reach 250 passing yards for the first time since Week 2 and run for 89, the most since Week 3. Lamar currently lands fifth in PPG and should have no problem locking in a long-term deal with the Ravens or another organization in the offseason. The Ravens’ offense, known for falling apart in the fourth quarter, is now playing poorly for the full length of the game. The Ravens have averaged only 20 points in the last two games.

With Andrews back and seemingly healthy, there could be a boost for the passing game. However, Lamar relies on a cast of broken pieces across the board this year. Running backs Dobbins and Gus have been out for most of the year. Wide receiver Rashod Bateman went out for the year mid-way through Week 8, and Hollywood Brown was traded to the Cardinals. The wide receiver core is currently led by Duvernay and Robinson, who rank 50th and 101st in PPG. 36-year-old Desean Jackson has been brought in as an emergency stopgap. The entire offense is on Lamar’s shoulders.

KTC has Lamar slightly higher than Herbert. However, Lamar can win weeks and thus deserves a larger premium than Herbert. While I value all quarterbacks much lower, it wouldn’t be outrageous to pay a touch over an early first if that locked up the position for you. However, there is value lower down the board at this position as younger players remain too high at the position while having shown little success to date.