Not sure what to do with some QBs and RBs that have been impacted by recent free agency signings? See if you should buy or sell on some hot-button names. 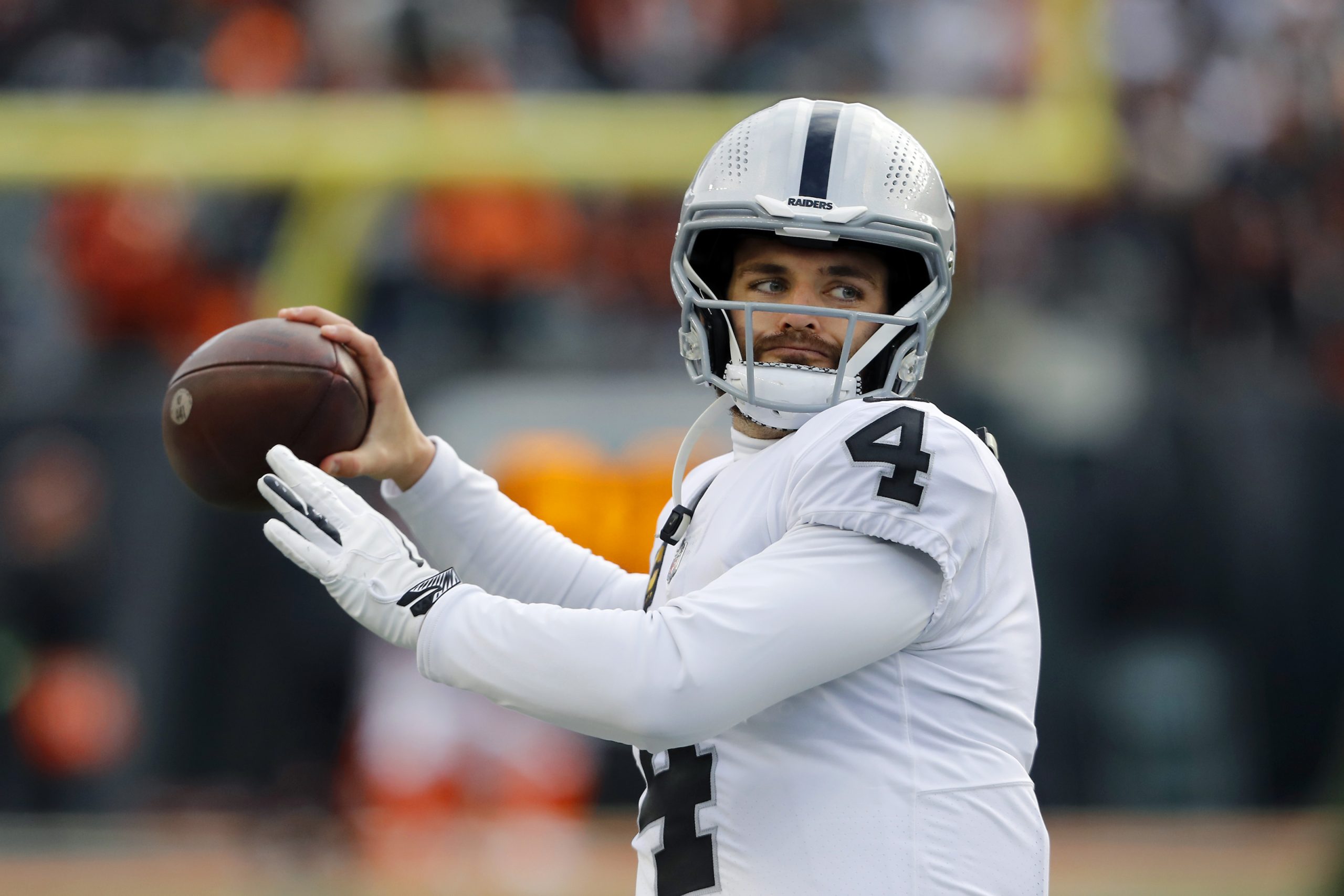 NFL Free Agency has experienced its main wave of player movement and now begins the fun offseason experiment of which teams actually improved and which teams just spent money to get into newspaper headlines.

But this onslaught of ludicrous contracts (looking at you, Christian Kirk) has important fantasy football implications, too, especially for the long-term roles on your dynasty squads. Below are some important buys and sells for the quarterback and running back position this offseason, helping you build your rosters as we head into NFL Draft season.

While some free agency contracts handed out by the Jacksonville Jaguars are questionable, the type of work the team’s front office put in to help out Trevor Lawrence is what he needed.

If you used a high selection on Lawrence in your rookie draft last offseason, you were betting on his development and growth down the road, seeing as how the roster at the time for Jacksonville was quite devoid of talent. And while no true superstars were added this offseason, Lawrence finally has a core set of options to target.

Kirk, Marvin Jones Jr., Laviska Shenault Jr., Evan Engram, Zay Jones, Travis Etienne, James Robinson, and Dan Arnold all make up Lawrence’s targets after free agency – not a bad group. While Kirk is likely to be one of the safer bets amongst all these options moving forward, Lawrence showed a relationship with Jones Jr. last year, and it is a safe bet that he will establish those bonds with other fresh faces as well.

In a Doug Pederson offense reliant on agility and technical execution, Kirk takes over any sort of established slot role that Shenault dreamt of having. What this offense means for Lawrence is a high upside that focuses on safe passing looks and confidence-building schemes, all crucial factors for Lawrence.

If you weren’t excited simply by Lawrence’s ceiling coming out of college, you should be excited to see what he can do with a competent offensive staff, gameplan, and options around him – don’t be afraid to overpay (slightly) for Lawrence. Shipping out a package that includes a proven veteran QB (Russell Wilson) plus a young asset (Rondale Moore) in a Superflex scenario for Lawrence may seem a bit excessive. Still, Lawrence will only continue to get comfortable in this offense, especially after their free agency haul.

As both the Miami Dolphins and Las Vegas Raiders made massive WR moves, their incumbent QBs certainly stand to benefit.

For Tua Tagovailoa, his time to shine with a strong offense and an offensive-minded coach in Mike McDaniel is here. With Hill, Jaylen Waddle, Mike Gesicki, and more, Tagovailoa’s time to justify Miami taking a chance on him is 2022.

Derek Carr was reunited with Davante Adams and brought serious postseason thoughts back to the black and silver again. Plus, combining Adams with Darren Waller and Hunter Renfrow gives Josh McDaniels a lot of juicy weapons to utilize.

But both have their shortcomings, so selling now while the interest is high from offseason chatter is your best route.

With Tom Brady returning and Bruce Arians leaving the sidelines, could shipping Brady to the Dolphins come true? If so, that would absolutely crater any sort of tradeable value you could get for Tagovailoa. Even if Brady stays, the Dolphins have shown they aren’t afraid to try other QBs – so move Tagovailoa now.

Carr is heading into a season with a new HC who is reliant on the ground game, capping his ceiling. While playing in the AFC West will drive up his perceived passing volumes, it remains to be seen that McDaniels will alter his play-calling to boost Carr’s passing ceiling. His long-term role is in Vegas, so shopping Carr and a pick for an upside option (Jalen Hurts) is the play.

Thankfully for all rosters with Michael Carter, the New York Jets held back from signing any RBs in free agency. While the NFL Draft could show that the Jets wanted another option, the window to invest in Carter remains open.

Putting any sort of investment into an offensive asset on the Jets not named Elijah Moore seems to scare people away, driving down Carter’s value. RBs have such volatile value, to the point where people don’t want them if they aren’t a big name, that looking into a value scenario like one involving acquiring Carter could have a trade package that could turn on its head once the draft hits.

Can anyone not named D.K. Metcalf be trusted on the Seattle Seahawks offense? After these comments from Pete Carroll, you can add Rashaad Penny to that list.

The Seahawks will choose player development over actually winning games, which could result in some uneven performances. Regardless, there will be fantasy relevancy baked into that offense, even with Drew Lock or a rookie QB leading the charge.

Penny earned a limited run last season with Chris Carson out, and Penny produced relevant numbers from Week 13 on; even just that brief showcase of what he can do has got to excite fantasy managers everywhere.

Sending out a few feelers that could get Penny on the cheap (future 2nd & 5th) would be a good investment.

Miami’s backfield has too many chefs in the kitchen to be relevant, even under a new, run-happy HC.

Chase Edmonds and Raheem Mostert joined incumbent Myles Gaskin during free agency to provide McDaniel with another three-headed RB monster. But spending big money or bringing in a historical favorite to compete with an in-house option paints a murky picture.

Thinking Edmonds to be the most fantasy-relevant option is safe, but none of these options currently scream investment. Edmonds is the most valuable option to ship out, but expect a depreciated cost after how crowded the backfield is. Cutting your losses and getting a lottery ticket (Gabriel Davis / late 2nd) is probably the most you would receive.

The Clyde Effect: How Landing Spot Can Blind Fantasy Owners
The Secret to your Success: Best Running Back Landing Spots in 2022
Black Friday Sale