@DevyMatt dives in to the immediate effects of the Quinn Ewers news. 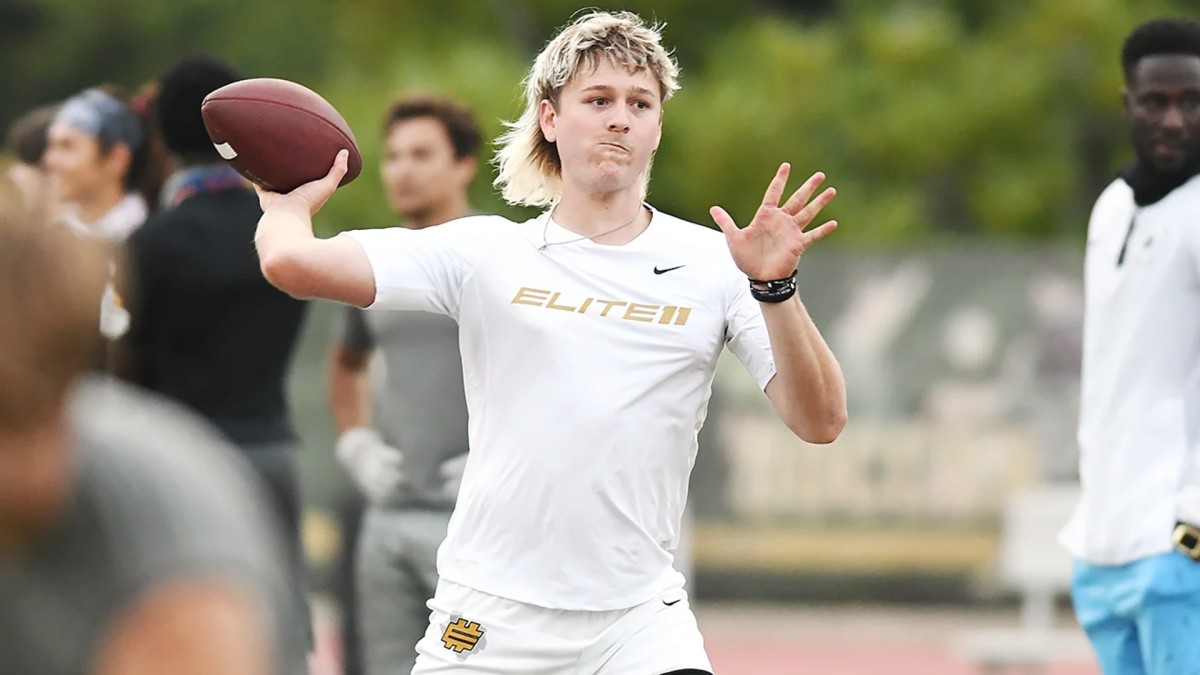 At the end of the Ohio State spring game, the competition to fill the role vacated by Justin Fields seemed to come down to two guys. Those players were CJ Stroud and Kyle Mccord. This was until the news broke yesterday that 5-star recruit Quinn Ewers would forgo his senior season of high school and enroll early at Ohio State. This news has made an already murky QB situation all the more tricky. So how does the news of Quinn Ewers affect college football from a devy perspective and even a real-life perspective? Well, let’s dive in.

Ewers comes to the Buckeye program as the number one overall QB and player in this incoming freshman class according to 247sports. Ewers is regarded by many to be in the same class as former Clemson signal-caller Trevor Lawrence. He shows the ability to throw the ball with great velocity to receivers on all three levels of the field. He can throw from many different arm angles and is the type of prospect, and player, that elevates the level of play from all of his receivers. This could be noted in this year’s Elite 11 competition, where Ewers’ receivers seemed out of sync with him. Yet he was still able to deliver accurate passes in accuracy drills. Ewers also throws a great deep ball and has the arm strength to push the ball down the field with ease.

The Impact on Ohio State

Ewers comes to the Buckeyes program and immediately becomes the best QB, by pedigree, on their roster. He has the deep ball, the accuracy, and pure arm talent to take advantage of a loaded WR room. In spring practices, Ryan Day has given hints to this being CJ Stroud’s team this year. Stroud was the player that came in for an injured Fields last year and has been getting a large majority of the QB1 reps over the offseason. However, with the arrival of Ewers to the team this is in serious jeopardy. While Ewers may not start right away, due to his late arrival to the team, it is going to be hard to keep a player of his caliber off of the field.

Last season, Ohio State passed for 253.5 yards/game in a shortened Big 10 season due to Covid19. This was 42nd in the FBS in passing yards per game. With Ewers under center, I believe that Day opens this passing attack up. The Buckeyes bring back one of the top receiving duos in college football this year in Chris Olave and Garrett Wilson, both of who can stretch the defense vertically. They have Jaxon Smith-Njigba and Marvin Harrison who work over the middle of the field. And an incoming freshman running back, 5-star prospect TreyVeon Henderson, who will bring a true three-down powerhouse to the team to take pressure off whoever the starting QB.

I believe that Ewers gives this team the QB who can best lead them back to the playoffs and a possible National Championship appearance, due to his natural arm talent. If Day ends up starting him, which he might due to outside pressure to get him on the field, the sky’s the limit for Quinn Ewers.

The Impact on College Football

Outside of Devy Football, this decision has drastic effects on college football as a whole. With the new NIL agreement and players now being able to make money off of their likeness, one cannot argue with Ewers’ decision to enroll early. A top prospect, and believed by many to be the second coming of Lawrence, Ewers is easily looking at the potential of a six-figure contract under the new NIL agreement. Ewers might possibly be opening the door to early enrollees being the new norm.

With top players able to make money off of their image, we will see many begin to enroll early, get paid, and possibly get to the NFL even earlier than they naturally would have under the old agreement. What we have seen from Quinn Ewers yesterday is only the beginning of the floodgates opening in college football.

Well, that does it for our early reaction on Quinn Ewers and its impact on Ohio State, Devy football, and college football as a whole. Make sure to subscribe to the DynastyNerds GM tool for more player analysis. Also, be sure to follow me on Twitter at @DevyMatt and on Patreon at www.patreon.com/devydatabase for more devy and fantasy football knowledge.