Rookie Tiers – Why I Use Them And You Should Too  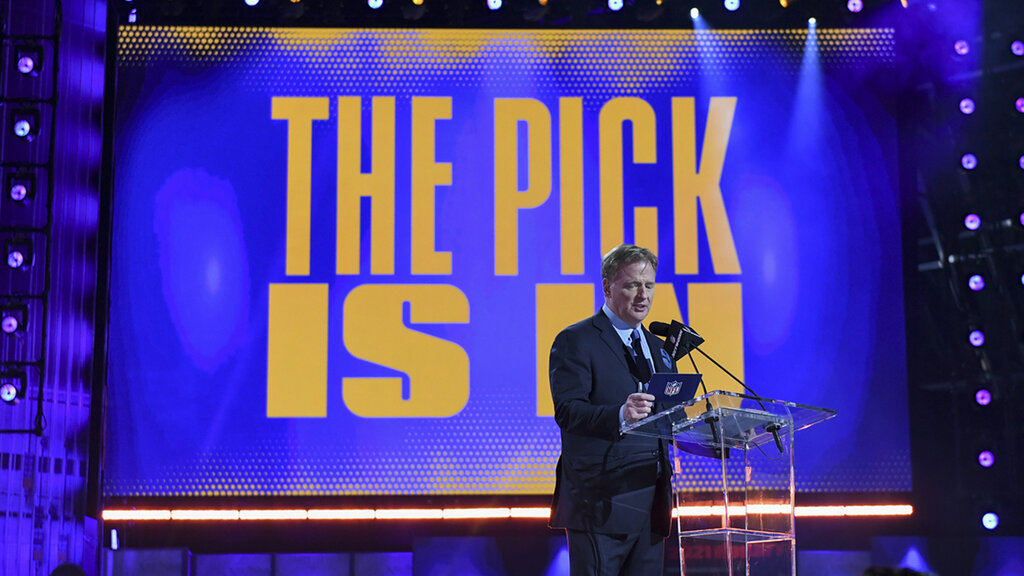 With the NFL draft less than a month away, it is quickly time for dynasty fantasy football managers to get organized. For many of us, the talk of the town has been rookies, but for those that took a break after the season is over, there is plenty to catch up on. Most would advise having some sort of rookie rankings done before the draft, and I agree. However, let’s take it a step further and place our rookies into tiers. Today I will go over why I have been using rookie tiers for a couple of years now and why you should use them too.

The idea behind creating tiers of rookie rankings is to provide fluidity to your strategy when draft day arrives. Many of these rookies that we are studying and ranking are separated by the smallest of margins. Whereas others have quite a large gap in between them. By using a tier system, we can more accurately and precisely gauge the difference in expected value between players. Another positive is that it can help you quickly adjust your strategy based on your team’s needs to fill some holes. Draft for value and trade for need is always a great philosophy, but sometimes trades cannot be found. By placing our rookies into tiers, we can identify how far up we may need to trade to acquire a serviceable starter for a position of need on our fantasy football rosters.

My favorite benefit of using the rookie tier system is gaining value in the trade down. Here is a fictional rookie class to use as an example. This class has three tier-one running backs, five tier-one wide receivers, and two tier-one quarterbacks. This is a great class, to say the least, and one I would love multiple picks in. Our roster requires both a wide receiver and a running back to compete for a title next year. We also give ourselves the first pick in this hypothetical draft. Because we have our rookies broken into tiers, we can identify a trade. We can trade back to the eighth pick without sacrificing a starting-caliber player. In a trade-down, we might be able to grab picks five and eight in exchange for our top overall pick. We just turned one starter into two without sacrificing that being a starting-caliber player.

For the rest of this exercise, we will be using the Trade Browser tool. This tool is part of the “DynastyGM” service. You can gain access to this amazing app by becoming a member of the #NerdHerd. Exclusive for my readers, I have a 15% off coupon that you can use by applying ‘LUNA’ at checkout.

Let’s now look at some real-world examples of the power of a tier-based ranking system. By trading down, you can fill out your dynasty roster with either more picks or some players that I will suggest as trade-down targets.

The most common thing to receive when trading down is additional draft capital. This can be in the form of picks this year or even picks in a future draft class. Future picks come with the mystery of an unknown landing spot and is a tool you can use to gain a lot of value when trading down.

Unfortunately, the DynastyGM tool hasn’t yet started assigning draft slots to these picks, so we cannot see exactly how far a trade down has occurred. But we can imagine that someone using the tier system is targeting a specific tier break in the first round. In these trades, we can see a manager was able to turn a single first-round pick this year into two first-round picks. The second deal even got an additional second-rounder out of it as well. When using the tier system properly, this is the kind of value you can extract without sacrificing the quality of the player.

Trading down using the tier system is also a great way to buy low on some under-appreciated dynasty assets. Rookie fever is a real thing that we will see occur over the next few weeks. Most dynasty managers will be enamored with the shiny new toy that is a fresh rookie. These players may become a bit overvalued and can be flipped for established players that are less thought of these days.

Here is a move that I love. This manager moved back from the first round of this year’s draft into the second round. He received Denver Bronco’s wide receiver Courtland Sutton in exchange for moving back. A manager who has correctly outlined his tiers can safely do this if they know they will be receiving a similar quality player at either spot. Sutton is primed for a big year with Russel Wilson as the new quarterback in Denver.

This is another trade I am a big fan of. This manager was able to trade back from the first round of this year’s draft into the second round in exchange for upgrading his quarterback position.

Finally, I have a little fictional trade that I put together using the trade builder tool included in the “DynastyGM.” In this scenario, I was able to take the second overall pick this year and turn it into Detroit Lions’ tight end T.J. Hockenson and the eighth overall pick. For someone using the tier-based ranking system, this could be like trading back from the top of your first tier of wide receivers to the end of your first tier of wide receivers. This means you can still get the same quality of player, but you also get to add one of the best young and dynamic tight ends in the NFL today.

The tier-based ranking is powerful when you get deep into it. I have been doing it for the last number of draft classes and have found that it has given me an edge over my league-mates. Trading down has become effortless and has given me many opportunities to add talent to my roster. I suggest that every dynasty manager takes some time to create tiers over the next coming weeks. If you try this for the first time, please let me know how it goes! I would love to hear some feedback from managers using the tier-based ranking system to efficiently trade back in their dynasty rookie drafts. You can always catch me on Twitter for questions, advice, or feedback. Find me at @DanT_NFL.