Matt Jackson gives us the lowdown on one of the top QBs in the 2022 Draft Class – North Carolina’s Sam Howell. 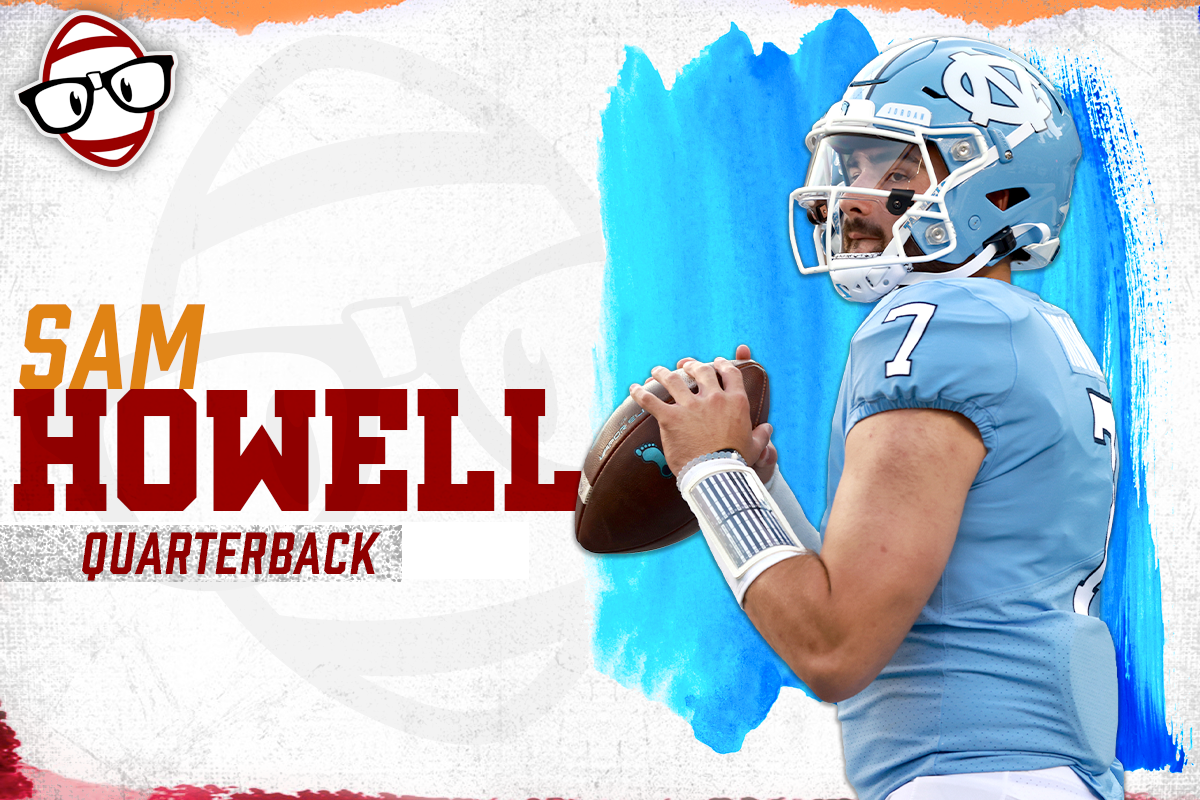 Sam Howell came to Chapel Hill as a 4-star recruit and the #3 dual-threat quarterback in his class per 247sports. At Sun Valley High School, Howell passed for over 13,000 yards and 145 touchdowns while also rushing for over 3,600 yards and another 60 touchdowns. He holds the North Carolina High School record for most total yards with 17,036 and is second all-time in passing yards. He received 32 major offers from teams, most notably Alabama, Clemson, Florida, Georgia, and Ohio State, before ultimately deciding to stay home in North Carolina and play for the Tar Heels.

Howell started at QB all 13 games for the Tarheels his freshman season, where he not only set the UNC School record for passing touchdowns with 38 but the FBS True Freshman record as well. Howell finished his 2019 campaign with 3,641 passing yards en route to a Freshman All-American season. As Howell’s hype built through the rest of his career, he did not disappoint. He finished his career at UNC with over 10,000 passing yards, 92 touchdowns, and a 164.2 passer rating. During his career, he was also a Manning Award finalist and a semifinalist for the Maxwell Award. Now that we’ve seen some of the numbers behind Sam Howell let’s look at the film and see what makes him a top prospect in this year’s class.

One of Sam Howell’s best traits is his ability to push the ball downfield. Not only does he have a live arm, but he is also accurate deep downfield. Check out this clip below of Howell Showcasing his arm strength.

Check out the following two clips of Sam Howells Accuracy on his deep ball.

Extending Plays/Throw on the run

Another trait that sets Howell apart is his ability to feel pressure, step up in the pocket and extend the play while making an accurate throw on the run. Check out this clip of him doing just that.

Here is another play where Howell extends the play and makes an accurate throw on the run.

In the same line of extending plays, Howell is a mobile QB that will provide rushing upside on a given week. He has over 1,000 yards rushing in his career and can offer between 30-40 yards per week, equivalent to what we all want, more fantasy points. Take a look at this clip below.

One of Howell’s weaknesses is that he will occasionally hold on to the ball too long. This clip below showcases that.

Another con of Howell is that occasionally he tries to do too much. He relies on his athletic ability to get things down, which can sometimes lead to negative plays. Howell needs to learn how to live for the next play, but this is something I’m sure he can learn. Look at this clip below to see what I am talking about.

Although Howell’s stock seemed to fall slightly this year due to a lack of weapons, he is still a top-tier QB talent in this year’s draft class. He is firmly solidified as my QB2 right behind Matt Corral and will be a first-round talent in this year’s draft class. I see him potentially getting taken later in the draft to Pittsburgh or Tennessee, where he would be taking over the franchise QB role.

Stay tuned for more rookie and NFL draft analysis, and make sure to sign up for the #nerdherd for podcasts, rookie breakdowns, and much more. Find me on Twitter @DevyMatt and check out my Patreon at patreon.com/devydatabase for all your devy and college fantasy football needs. We will catch you guys next time!