Scarcity at Quality QB Depth Should Have Owners on High Alert

As dynasty analysts talk poorly of the rookie QB class, the impact a few weak QB classes has league-wide is a bigger issue than what first meets the eye. 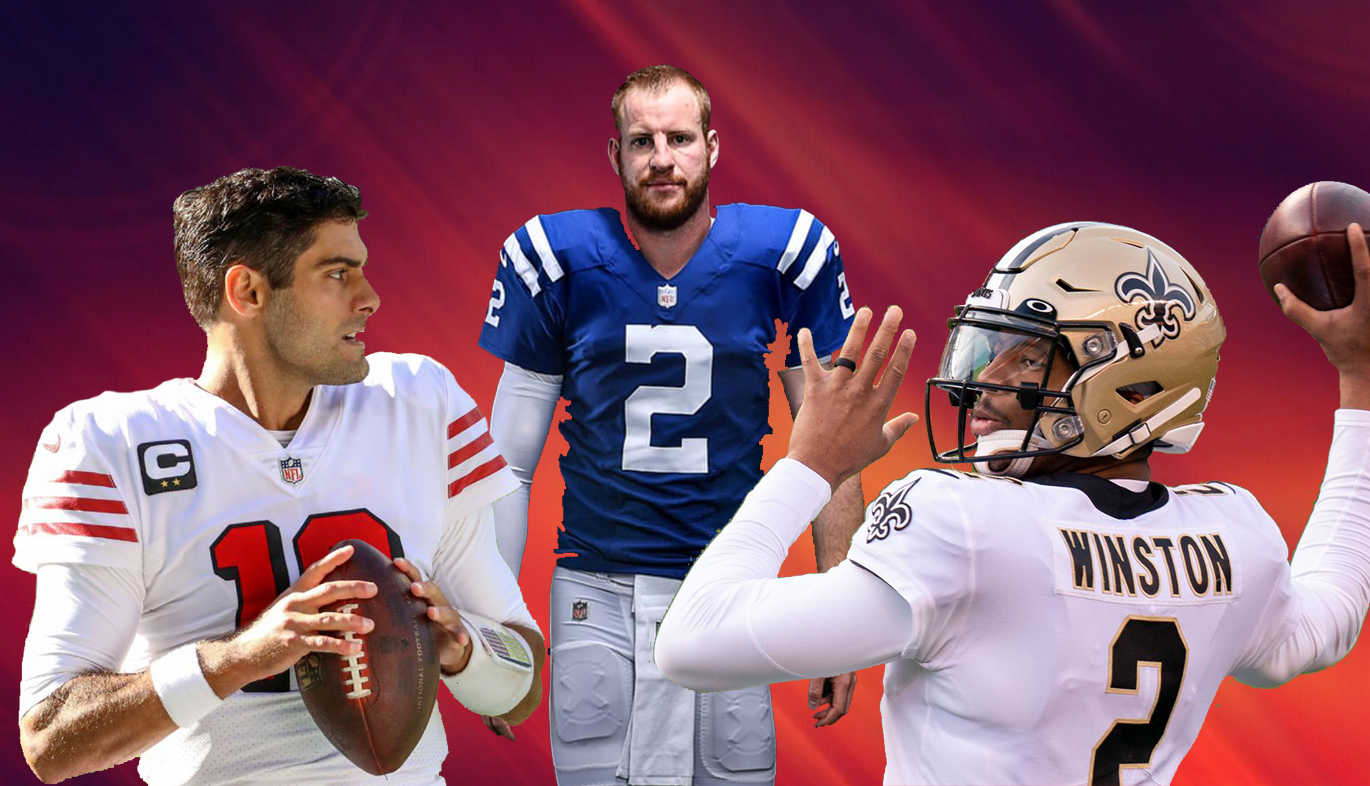 As we gear up for NFL free agency, the talk of the league is where QBs like Aaron Rodgers, Russell Wilson, Jimmy Garropolo, and (get this) Mitch Trubisky will be playing at the start of the 2022 season.

Teams like the Bucs, Saints, Broncos, Steelers, and Commanders are searching for QB help this offseason. Unless you have been living under a rock and not keeping up with our draft coverage on Dynasty Nerds, you should know that the 2022 class of rookie QBs isn’t getting many teams excited.

Let’s take a look at the state of QBs in dynasty, why you should be holding them tighter than ever, and how highly you should be valuing them in startups.

The Pickings Continue to Thin

Coming into the 2021 season, the QB position seemed to get a significant boost from the 2021 rookie class. Five first-round quarterbacks gave hope to many dynasty owners, especially those searching for their next franchise guy.

Unfortunately, their rookie seasons were less than stellar.

While the jury is still out on all five of these signal callers, and we shouldn’t be selling any of them yet, the herd has dwindled of premier QB talent in the NFL. Add to this that we have already seen Tom Brady (3rd in PPG in 2021) retire this offseason, and the pickings are starting to slim more and more every year.

With a less-than-exciting 2022 rookie class, the excitement for QBs in the lower tiers has to be dwindling for most dynasty owners, especially those in Superflex leagues.

Where this data gets interesting is in the second step. When we look at the scoring between QB12 and the QBs from 13 to 32, there is a much stronger drop-off in the most recent season. Here is a visualization of that data:

The white line that is charting the 2021 data points quickly dips from QB12 to QB16. In fact, no other line from any other season even reaches the 2021 line until we reach QB26.

Judging by these numbers, we can see the 2021 season had more disparity than any other season in the last four years in QB totals.

In years past, we had QB tiers that saw premier talent, good starters, and spot start/bench players as the three main divides. Typically, guys in the top 5 to top 7 QBs were considered premier talents that give your team a boost, while the guys from 8 to 18 would be the quality starters.

Looking at the sheet above, after we reach QB14 (Jameis Winston), there is a steady drop in QB output. And look at the names associated with these numbers: Tannehill, Wentz, Garoppolo, Carr, Jones, Siemian, Bridgewater, and so on.

Imagine you are up in a startup Superflex draft. You have only one QB currently rostered, and you need to sure up the second QB. Is anyone standing out to you from QB14 to QB32? Maybe one of the rookies, but assuming they get drafted earlier due to their youth, how are you choosing in this tier?

All of this is to say that the separation in QB talent in the NFL is substantial, and it only feels like it is getting bigger.

Tom Brady has just retired from the NFL this offseason. Ben Roethlisberger (though awful in 2021) has done the same. Aaron Rodgers continues to threaten that retirement is not so far away, whether this year or over the next few seasons.

And while these QBs continue to bow out, the NFL youth influx has been hitting at every position in dynasty but QB. Right now, any young QB from 2021 or the incoming 2022 class is still a big question mark.

If you are already in an established league and are hunting for QB help, it is hard to say where you can turn. The pickings are slim in the current mid-tier of QBs, and the rookie class this season doesn’t look overly promising.

Anyone holding a top-tier QB should be valuing them through the roof. There is no reason to want to move any of these QBs right now as they are such a leg up on any of the other teams in your league.

Top-tier talent will continue to go fast in any startup draft. But you have to be aware that when the available names start to become more pedestrian, you should still be acting fast. An average QB in that moment will look great compared to what is coming as the drop off continues.

While this should all be taken as a warning more than a sure thing, I do genuinely worry that the lack of depth at QB league-wide will start to impact your dynasty leagues a great deal. Especially in Superflex.

While many of us in the dynasty community are talking poorly about this particular rookie QB crop, we need to consider the larger picture here: there are not many quality QBs available in your leagues anymore.

While future classes could bring in more premier talent and there is still a chance we get a stud out of the 2021 and 2022 classes, we are also seeing more careers nearing their end. Matt Ryan will be 37 this coming season. Ryan Tannehill and Russel Wilson will be 34 at the end of the 2022 campaign. Rodgers is 38 and talking about retirement.

If you currently have two good QBs on your team, they should be close to untouchable for you. If you are rebuilding and have a good QB to move, you should be asking for the moon.

And if you are joining a dynasty startup, QB should be high priority.

There are not that many fish in the sea.