Championship week is here! Which WRs can you count on in the biggest week of the year? @tristancook_ is here with the WR start/sits in the Slant Pattern! 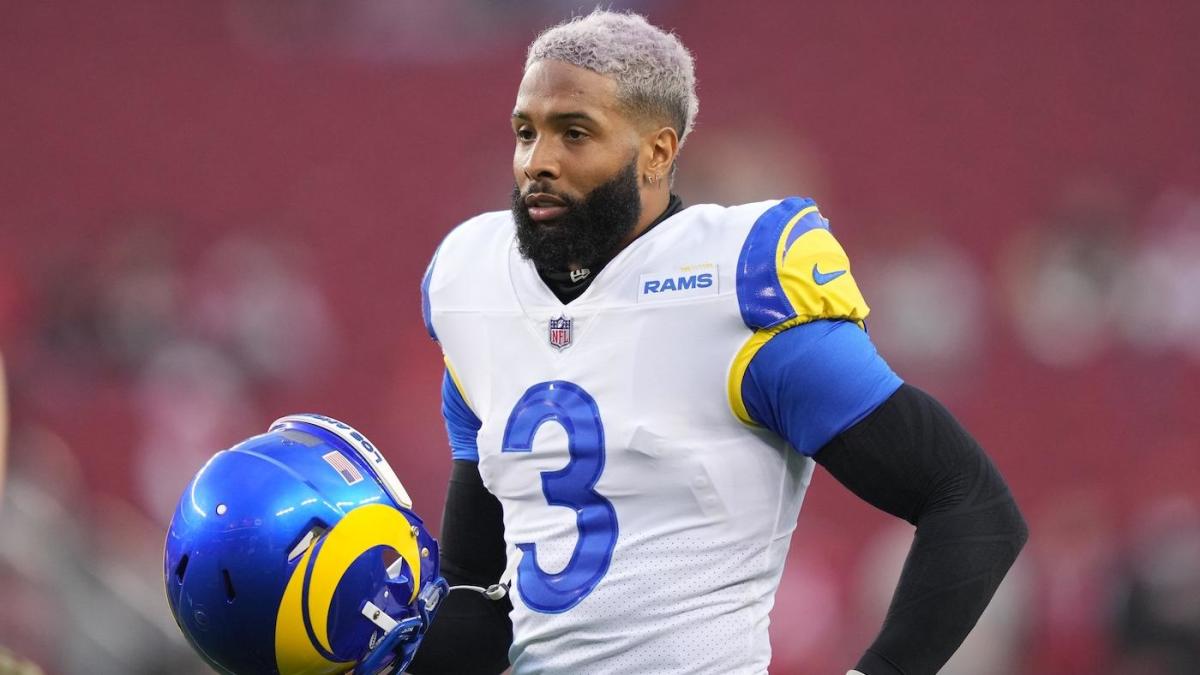 Week 16 was a much better week for me. I only had one ‘miss’ with Terry McLaurin being listed as a ‘start.’ He had 6 targets, but only was able to haul in 3 of them for 40 yards. McLaurin was held in check by Trevon Diggs, as was the entire WFT offense. OBJ finished exactly where he was ranked at WR29. The rest of my calls were much better. Antonio Brown finished slightly above his ranking at WR12. My biggest ‘hits’ were Amon-Ra St. Brown and DeVonta Smith as ‘starts’ and Christian Kirk as a ‘sit.’ Amon-Ra finished as WR6 after being a low-end WR2. Smith finished as WR15 after being ranked at WR36. Finally, as expected, Kirk finished outside the top 36 WRs after being ranked as a WR2. Let’s get to this week’s calls.

My first ‘start’ is Van Jefferson of the LA Rams. He’s been a pleasant surprise for most of this year. Jefferson is currently rather quietly in the WR34 position on the season. He is coming off a very disappointing week with only 1 catch for 6 yards. However, that performance does not worry me. In fact, I’m encouraged because he was targeted 6 times. Jefferson should have a regular role in this offense, and in a matchup against the Ravens, I am fully confident in him. We know Baltimore has a decimated secondary, so fire up Jefferson with complete confidence in the finals.

My next ‘start’ is another Rams’ receiver in Odell Beckham Jr. Like Jefferson, OBJ has been a regular part of this Rams’ offense after the injury to Robert Woods. Beckham has been a red zone threat for LA, scoring a TD in 4 of the last 5 games. OBJ is taking advantage of opponents shifting coverage over to Cooper Kupp and is flourishing with Stafford. We know how bad the Ravens’ secondary is because of injury. His target share is enough to get weekly consideration in your lineup, but with an above-average matchup and the TD potential, I feel confident in playing OBJ in the finals this week.

DeVonta Smith is my third ‘start’ for Week 17. He had a very impressive game last week, hauling in 5 passes for 80 yards and a TD. Smith has had a solid rookie campaign but has been slightly overshadowed by some of the other strong rookies. But, at WR29 on the season, there’s nothing to complain about. The Eagles have had a more run-centric offense, but when they throw the ball outside, DeVonta is their primary option.

This week, Philadelphia faces off against Washington on the road. WFT has allowed the 3rd most passing yards per game, so I expect there to be plenty of opportunities for DeVonta to flourish. Furthermore, Philly is short-handed at the RB position, and Washington has a strong run defense. All signs point towards another big performance for Smith. So, fire him up with confidence!

My fourth ‘start’ is DK Metcalf. I know that there hasn’t been a ton to be optimistic about for DK of late. But, I’m not ready to give up. Metcalf and the Seahawks haven’t really been in sync since early in the season. But, I think there are signs of life. He has been targeted at least 8 times in 5 of the last 7 contests. But, he hasn’t had more than 60 receiving yards in any of those games. Things have just been slightly off. But, this last week, he was able to get in the endzone again finally. This week, Seattle faces a struggling Detroit team that gives up the 4th most passing yards in the NFC. I expect to see Wilson and Metcalf finally get on the same page. His breakout game is coming. It’s just a matter of when.

My final ‘start’ for this year is DJ Moore. I know that might come as a surprise if you have followed along with my calls this year. But, there’s one big thing that’s changed this week compared to previous weeks. Sam Darnold is back under center. I know that he wasn’t exactly setting the world on fire before his injury. But there’s no denying that he’s a significant upgrade over Cam Newton.

DJ Moore has been peppered with targets all season. He trails only Cooper Kupp, Justin Jefferson, Davante Adams, and Tyreek Hill in targets on the season. But he’s all the way down at 16th in fantasy points. We know the opportunity is there, and the matchup with the Saints isn’t one to be worried about, so I expect Moore to have a good game!

My only ‘sit’ for this week is Russell Gage. I was down on him last week and am once again not particularly confident in his outlook. The Bills defense is the best in the NFL against the pass, despite losing Tre’ White. Gage has been up and down all year, but on the road against the toughest pass defense in the NFL is not a matchup I am looking to target. There are certain players that I would still feel are worthy of playing in this matchup. Gage just isn’t one of them. I’m looking elsewhere if I have him on my team.

That’s it for Week 17, and this year, feel free to reach out to me on Twitter (@tristancook_) if you have any specific questions for who I would start.