Can Cooks fill in for Fuller? Which PIT receiver is the best play this week? @tristancook_ is here with the answers in this week’s ‘Slant Pattern’ 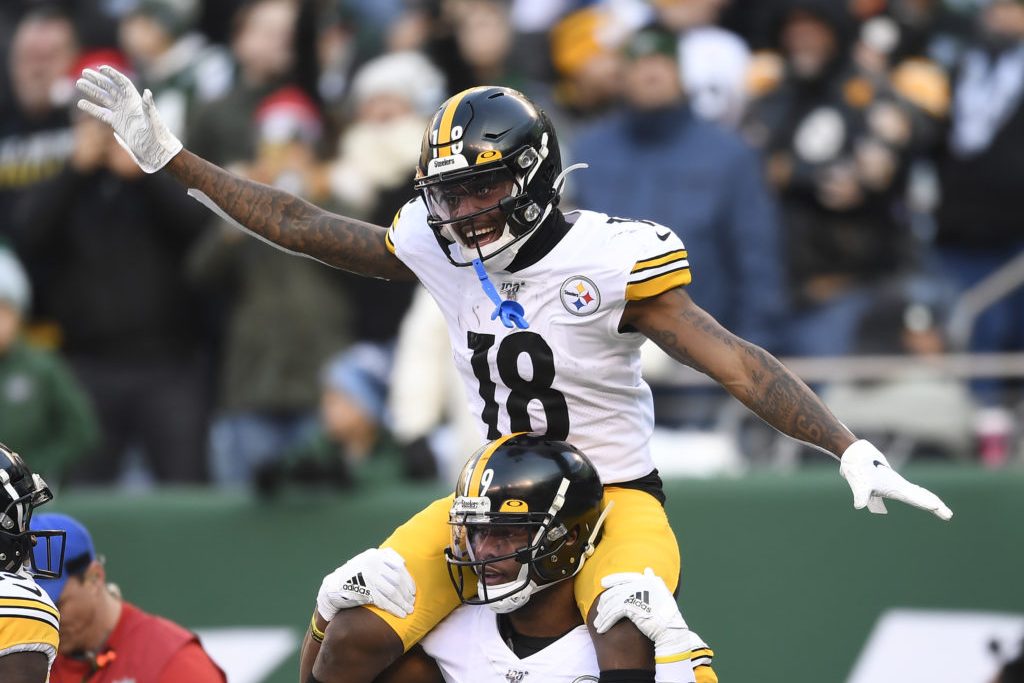 Last week wasn’t my best week of the year, I felt good about the calls, but I had some big misses with AB and Tyler Boyd. My best call was DeVante Parker, who had a big week with Ryan Fitzpatrick throwing him the ball. But overall, it was a mediocre week, at best. So, it’s imperative that this week goes better. Let’s get to it.

Diontae Johnson is my first ‘start’ for Week 13. He’s coming off a disappointing performance on the rare Wednesday afternoon football game, but I am confident in a big bounce back for him. The first reason for my confidence is his target share. Johnson led the team in targets despite having a couple of frustrating drops. Big Ben was willing to continue looking his way throughout the game.

The other reason is the lack of running game for Pittsburgh. They are averaging less than 100 yards per game on the ground. Instead, they use short, quick passes to stay ahead of the chains. This is where Diontae excels the most. His short-area quickness gives him an advantage off the line of scrimmage. Many of his targets come within a handful of yards from the line-of-scrimmage. I wouldn’t be worried about Diontae this week. Expect a good game from him.

My next ‘start’ for Week 12 is Jarvis Landry. I have been on the Jarvis Landry ‘start’ train for a few weeks, but it didn’t look like a good call. The elements seemed to be working against him and the Browns offense. He finally was able to play in a game that had good weather conditions and went off.

Now, it’s fair to say that plenty of receivers have had success in bad weather, so his performances shouldn’t be excused. There’s some truth to that, but all signs pointed to him having more success than he did. In fact, the only reason he wasn’t on the ‘start’ list last week was that he was too low to be eligible.

This week he faces off against the Titans, who have been much better against the run than they have against the pass. The weather looks like it should be favorable, and Jarvis Landry is easily the best WR that Baker Mayfield has to throw to. He should once again be heavily targeted. I’m trusting Jarvis to be much closer to the Week 12 version of himself than the bad weeks prior.

My next ‘start’ is a holdover from last week. DeVante Parker had a big week as he was absolutely peppered with targets by Ryan Fitzpatrick. At this point, it is unclear whether or not Tua will be back under center, but regardless of who is throwing the passes, I am rolling out DeVante Parker this week. If I had to choose, I’d prefer it be Fitzpatrick throwing him the ball, but I don’t expect this Bengals team to be able to do much to slow Parker down.

Parker is having a strong season this year, with at least double-digit games in 7/11 games this season. Three of his four sub-10 point games came when he was squared up against either Stephon Gilmore or Jalen Ramsey, which is somewhat expected. He won’t be facing any DB with talent anywhere close to either of those two, so I expect him to feast.

Moving on, my next ‘start’ is Brandin Cooks. This is almost entirely due to the suspension of teammate Will Fuller. The Texans have one of the worst rushing attacks in the NFL, and the Colts have been stout against the run this year. So, I expect Deshaun Watson to have to throw to move the ball against them, and his only real option out there is Brandin Cooks.

The biggest concern I have with Cooks as a ‘start’ is his risk of injury. But, trying to predict injuries isn’t something I’m going to do, so I’m operating under the assumption that Cooks stays healthy throughout the game. I expect him to be heavily targeted and have a good game against the Colts if he does.

My final ‘start’ for this week comes from the same game. It is Colts rookie Michael Pittman. His stat line from last week doesn’t look good at 2/28/0, but I am optimistic. He saw the most targets of any WR on the team with nine but unfortunately wasn’t able to do much with them as much of the Colts offense struggled against Tennessee. This week the Colts face the Texans, and their defense hasn’t been anywhere near as good as Tennessee’s.

I expect to see Pittman heavily involved in the Colts passing game, and since the Texans are allowing the third-most passing yards per game in the NFL, I expect him to have a good day. In the leagues that I have Pittman, I am starting him with confidence, and so should you.

That’s it for Week 13. Feel free to reach out to me on Twitter (@tristancook_) if you have any specific questions for who I would start. There are also weekly office hours in the Facebook group on Sunday mornings before the early games kick-off. A handful of writers will answer all the questions posted to the thread, so you are usually able to get a few different takes on your situation. Make sure to come back next week to see how these picks turned out. Good luck!