Chase? Diontae? JuJu? Which PIT WR can you trust in the playoffs? @tristancook_ is here to answer you WR start/sit questions. 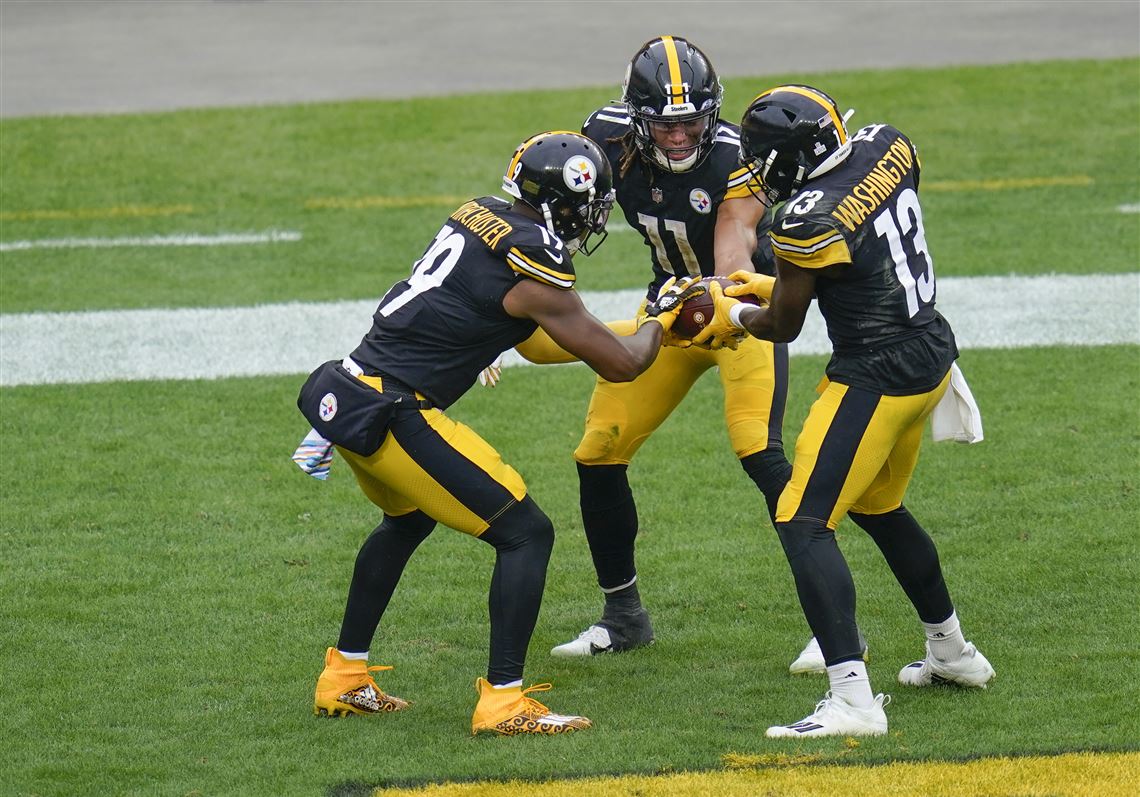 Overall, last week was a solid week. It wasn’t my best week ever, but it wasn’t a bad week. The best calls were Jarvis Landry and Diontae Johnson as ‘starts.’ The worst call was Michael Pittman Jr. He caught all 5 of his targets but didn’t manage to do a ton with them. The most frustrating situation was DeVante Parker getting ejected. He was on track to have a good day. Hopefully, we can continue our streak and build on last week’s strong performance. It’s playoff time, so these calls matter even more. Let’s get to it.

The first ‘start’ I have this week is Mike Evans. Long gone are the days of Mike Evans, the target hog. He’s on pace for his lowest total targets of any season, including his injury-shortened 13 game season last year. But, Mike Evans is still having a strong year, so what is different? He’s being more efficient with his targets. He is currently catching the second-highest percentage of targets for his career and already has 11 TDs on the season. Tom Brady may be spreading the ball around more than Evans is used to, but he’s been able to be more efficient so far.

This week the Bucs face off against the Minnesota Vikings defense that allows the sixth-most passing yards per game. Tampa has said that they want to run the ball more, but they have yet to translate that to on-field play-calling. The Vikings are much better against the run than they are the pass, so everything lines up for a pass-heavy offensive attack for the Bucs this week. Mike Evans is Tom Brady’s favorite target and is the second most targeted red zone WR in the NFL. The only concern I have for Evans is if he ends up missing this game or reaggravating his hamstring injury, but barring him being ruled out, I am starting him with confidence.

Amari Cooper is my next ‘start’ for Week 14. The Cowboys offense has been inconsistent without Dak Prescott under center, but Amari Cooper has actually been a relatively reliable option. He did put up a dud in Week 8 with only one catch for five yards, but that was with seventh-round rookie QB Ben DiNucci throwing the ball. Other than that game, he’s averaged over 17 PPG.

He now gets to face off against the Cincinnati Bengals and their weak pass defense. Andy Dalton has proven that he’s capable of getting Cooper the ball, and in a favorable matchup, he should be a no-brainer play.

My next ‘start’ is Marvin Jones Jr, but it does come with a bit of a qualifier. If for some reason, Kenny Golladay ends up playing this game, I would fade Marvin Jones. But, it appears as though Golladay is going to miss this game, and so I will be putting Marvin Jones in my lineups.

The Packers defense is certainly not the most ideal matchup, but Jones should be a focal point of the Lions’ passing attack without Golladay. In his last four games without Golladay, Jones has averaged ten targets a game. I expect this to continue as long as Golladay is out. So, if Kenny G is out, put Marvin Jones in your lineup.

My fourth ‘start’ this week is JuJu Smith-Schuster. It seems as though every week, one of the Steelers’ WRs is ranked too low, and so they end up on my ‘start’ list. This week both Chase Claypool and JuJu are ranked in the low 20s. I chose to have JuJu as my ‘start’ because he’s the safer option for Pittsburgh. JuJu has averaged over nine targets a game in his last four games, and even though he only had 28 receiving yards on seven, yes, seven receptions, I’m not worried. Any time you can get a guaranteed target share as high as JuJu has, it’s an appealing spot to be in. I am feeling good about JuJu Smith-Schuster this week, and so should you.

My last ‘start’ this week is in the same PIT/BUF game, but instead of another Steelers’ WR, it is Cole Beasley, who is having quite the quiet, but impressive year. Beasley is currently the WR 20 on the season and is coming off a monster 9/130/1 game against the 49ers. The Steelers are the second best team in the NFL against the pass this year, but I expect the Bills to be able to move the ball with Beasley being one of the main reasons why.

My ‘sit’ for this week is mainly based on the matchup. The Houston Texans are facing off against the Indianapolis Colts, who boast one of the league’s stingiest pass defenses. I was on Cooks last week as a ‘start’ because of Fuller’s suspension, and I do expect him to be heavily targeted. But, as we saw last week, Keke Coutee was the main beneficiary of the vacated targets. It’s not that I am trying to avoid Cooks at all costs, but I think that he isn’t going to have quite the value ‘bump’ that we hoped for. If you have another viable option, I’d be looking their way this week.

That’s it for week 14, feel free to reach out to me on Twitter (@tristancook_) if you have any specific questions for who I would start. There are also weekly office hours in the Facebook group on Sunday mornings before the early games kick-off. There are a handful of writers that will answer all the questions posted to the thread, so you are usually able to get a few different takes on your situation. Make sure to come back next week to see how these picks turned out. Good luck!