Championship on the line… @THEtristancook is here with Slant Pattern – Week 16 to help with your WR start/sit decisions! 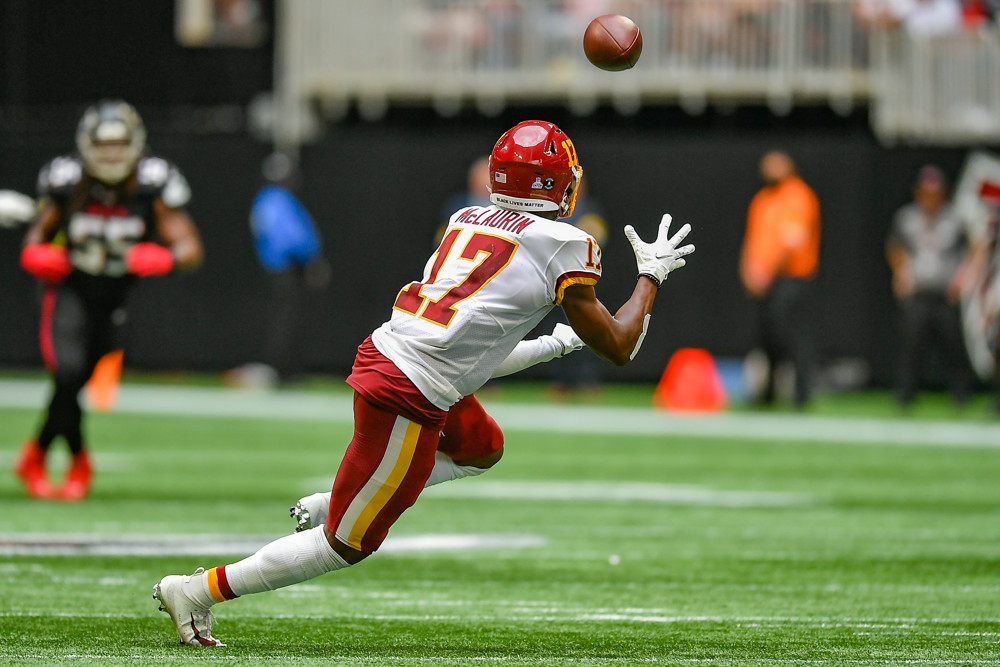 Hello and welcome back, Nerds! The Dynasty Nerds writers are here to provide you with weekly starts and sits. I will be doing the WR starts and sits for the 2022 season! We, as a group, will be making our recommendations based on weekly consensus PPR rankings from FantasyPros. Here is our squad and the position groups they will be covering to help you each week. Follow, DM, and Tweet us.

My first ‘start’ for Week 16 is Drake London. After a promising showing last week (despite finishing lower than his weekly ranking), I am optimistic about his chances against Tennessee. Desmond Ridder seems to understand that his chances of success are higher, throwing the ball to his monster wide receiver. Drake London has now been targeted 23 times over his last two games. I know one of those games came with Marcus Mariota under center, but it appears as though Ridder is willing to pepper London with targets, if nothing else.

This week the Falcons face off against the Titans in Tennessee. The Titans allow a league-worst 284.4 yards passing per game. So, despite Atlanta only averaging 150.9 yards passing per game, I expect an uptick in this game. Tennessee also boasts the second-best rush defense in the NFL, so the way to move the ball will likely be through the air. Fire up London with confidence this week.

My other ‘start’ for this week is Jerry Jeudy. Despite being without Russell Wilson last week, Jerry Juedy was able to notch a WR23 finish. He caught 7 of his 8 targets for 76 yards. It appears as though Russell Wilson is set to return to action this week against the Rams in Los Angeles. Denver has looked a bit more like a real offense in its last two games, and I expect that trend to continue. The Rams are a below-average pass defense and have the NFL’s fourth-best rush defense. So, Denver will likely need to air it out in this one. There is a possibility that Courtland Sutton will be back, but either way, I’m confident enough in Jeudy to put him in my lineup this week.

My first ‘sit’ for this week is rookie sensation Christian Watson. He came back down to earth a bit last week, only catching 4 passes for 46 yards. Watson was targeted a team-high six times in the win over the Rams. But, with Romeo Doubs’ return and a myriad of other receiving options at his disposal, Aaron Rodgers spread the ball around pretty evenly. Watson has the talent to make this call look awful, but there’s way too much risk for me to trust him to return his WR17 ranking in the playoffs. If you have other options, I’d likely look elsewhere this week.

DeVonta Smith is my next ‘sit’ of the week. He had a big game in Week 15, but I do not anticipate a sequel in Dallas. There are two primary reasons for my concern. First, Dallas allows the third-fewest passing yards in the NFL per game. I expect Trevon Diggs to match up with AJ Brown for a lot of this game, but the Cowboys’ secondary is strong. The second biggest reason for my skepticism is the injury to Jalen Hurts.

I love me some Gardner Minshew as a football fan. But, as a fantasy player looking to win a championship, I’m not feeling good about any Eagles players. AJ Brown and Miles Sanders should fare alright, but I’m looking elsewhere beyond that.

My third ‘sit’ for the week is Terry McLaurin. He underwhelmed last week against the Giants. McLaurin caught all 6 of his targets for 70 yards receiving, so he didn’t kill you. But, for a player of his caliber, you expect more. This week Washington travels to San Francisco to face off against a really good 49ers team. I am not sure that you’ll have too many better options than McLaurin, but I do not feel like he’ll provide a good return on his WR16 ranking. I’d look at my other options this week.

My final ‘sit’ is a player who has become one with the ‘sit’ section of this list. However, it is due to him continuously being ranked too highly. I will STILL continue to bang on the “Gabe Davis isn’t a weekly starter” drum as long as it takes for people to hear it. In his last three games combined, Davis has 13 receptions for 140 yards and a score. He has seven games this season with fewer than 40 yards receiving.

The Bears are a slightly above-average pass defense, so it isn’t like he has a cupcake matchup that should be easily exploitable. The weather is also again going to be a factor. This game is in Chicago, where the high is expected to be 10 degrees with 20-30 mph winds. If you haven’t followed my advice all year on Gabe Davis, I urge you to do so this week.

That’s it for Week 16. Feel free to reach out to me on Twitter (@THEtristancook) if you have any specific questions about who I would start.