Can you trust Courtland Sutton? Should you bench DJ Chark? @tristancook_ is here with all your WR start/sit answers for week 2! 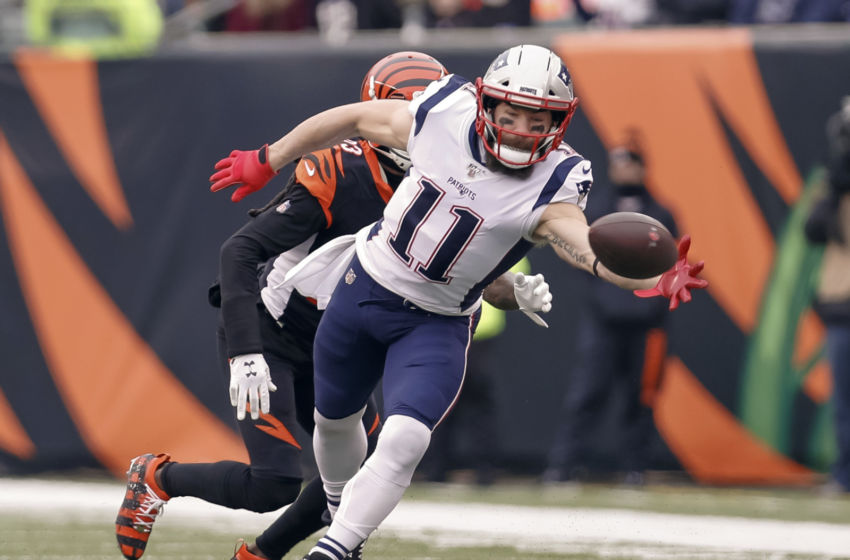 For my first ‘start’ of this week, I am going back to Julian Edelman. He actually underperformed my expectations in Week 1, but still put up a solid fantasy day. The Patriots offense under Cam Newton looks like it will consist of short passes, designed QB runs, and counting on Sony Michel and Co. to keep them ahead of the chains.

That means that Edelman will likely once again be a big part of the offense. This week they get to face off against a Seahawks team that just gave up 450 yards to Matt Ryan. I am not sure we will see that kind of performance from Cam Newton, but the Patriots should be able to move the ball through the air relatively easily. I’m firing up Julian Edelman with confidence.

I am pretty bullish on DK Metcalf both this week and in 2020 and beyond. I don’t think anyone likes being wrong, but I am willing to admit that it looks like I missed on DK Metcalf. DK had a strong rookie season and continued it last week. He finished as WR13 despite only catching half of his targets, so he could have had an even bigger day.

This week he squares off against the strong Patriots defense. We don’t know exactly how New England will choose to play against the Seahawks WRs, but I feel confident in Russell Wilson’s ability to connect with Metcalf. DK has been the Seahawks big-play WR, so even if he’s not having a ton of success, he should have plenty of big-play opportunities.

Moving on, we have Emmanuel Sanders as my next ‘start’ for this week. This is almost entirely because of the Michael Thomas news. Not that Sanders can’t produce as a relevant fantasy WR, but if Michael Thomas misses the game (which he is expected to), then Sanders has WR1 potential. Sanders is obviously not Michael Thomas, but he is still a very talented veteran WR that showed his ability to be productive last year.

The other reason to feel confident is the matchup. The raiders secondary shouldn’t scare anyone. Teddy “Two Gloves” Bridgewater was able to throw for nearly 300 yards last week, so I fully expect Drew Brees to take advantage of the Raiders. Sanders should easily finish as a WR2, way ahead of his ranking. If, by some miracle, MT suits up, I still am starting Sanders with confidence.

I have DJ Chark as my first ‘sit’ for this week. Chark’s final fantasy total looks alright for last week, but I’m concerned. The reservation is because I am worried about Gardner Minshew. But, not necessarily the way you may think. My hesitation with Minshew is that he will do too good of a job equally distributing the ball.

Minshew is known for his accuracy and ability to take what the defense gives him. He showed this in week one by completing 19/20 passes en route to an upset over the Colts. Chark only saw three targets in the game, and while he caught all three of them, including one for a touchdown, I am hesitant. The Titans have a much stronger pass defense than Indianapolis, and I expect them to slow down Chark.

My final ‘sit’ of this week is Calvin Ridley. Having him as a sit last week clearly turned out well for me, so I decided to have him on this list again. Ridley put up a mere 33.9 fantasy points against the Seahawks, which was only good enough to be WR2 on the week. So, clearly, I missed that one.

But, I am still not confident in his outlook going into this week. Matt Ryan was forced into 54 pass attempts resulting in a monstrous 450 yards in week 1. While I expect the Falcons to throw regularly this season, I don’t expect 450 yards from Matt Ryan each week. I think Ridley will have these ‘blow-up’ games periodically throughout the season, but I think the WR 8 ranking for week 2 is an overreaction. Temper expectations for Ridley.

That’s it for week 2, feel free to reach out to me on Twitter (@tristancook_) if you have any specific questions for who I would start. There are also weekly office hours in the Facebook Group on Sunday mornings before the early games kick-off. There are a handful of writers that will answer all the questions posted to the thread, so you are usually able to get a few different takes on your situation. Make sure to come back next week to see how these picks turned out. Good luck!