Can you trust AB in his first game? How do the QB changes impact fantasy WRs? @tristancook_ has all the week 9 start/sit answers. 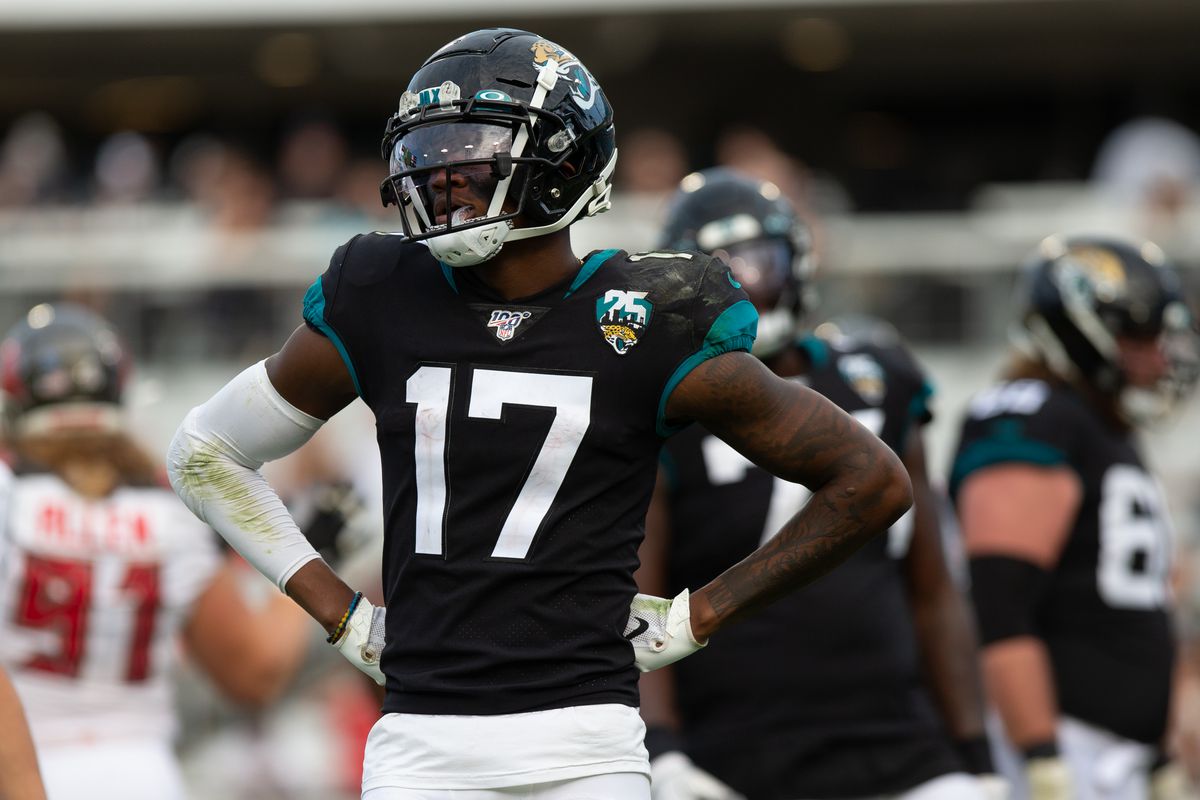 Week 8 was a good week. There was only one notable ‘miss.’ I had Jarvis Landry as a ‘start,’ and he ended up having a disappointing day. He had a TD catch overturned and dropped another pass that would have been a tough catch for a TD. His target share was promising, but he didn’t quite produce. The best calls of last week were DeVante Parker as a sit and Brandon Aiyuk as a start.

My first ‘start’ for this week is Antonio Brown. I know you might be hesitant to start him in his first game in nearly a year and a half, and I can understand some of that apprehension. However, I am confident. The last time we saw AB, he was making his debut (and also his final appearance) for the Patriots. Just like there is this week, there was uncertainty around how involved in the game plan he would be. He ended up with 4 catches a touchdown. Brady has been one of AB’s biggest supporters, and I expect him to look his way this week.

My next ‘start’ is Vikings rookie Justin Jefferson. He came down to earth a bit last week against the Packers. But, I am not concerned about his production this week, or really for any week going forward. Last week’s down game was a direct result of the success that Dalvin Cook was having against the Green Bay defense. The Vikings only threw the ball 14 times for 160 yards. Dalvin Cook had 63 of those receiving yards. They got up early and had no need to throw. I expect many more pass attempts this week, and Jefferson should have a good day.

My final ‘start’ of week 9 is Darius Slayton. We all saw Daniel Jones struggle on MNF against Tom Brady and the Buccaneers last week. The encouraging part for Slayton owners is that he was heavily targeted, including several times deep down the field. There were also a handful of times that he was wide open deep, but for one reason or another, Jones didn’t throw the ball his way.

The other piece of good news for Slayton owners is the matchup. Both for him and Daniel Jones. Daniel Jones has 4 wins as a starter. He is 3-0 against Washington, including a five TD game last year. He is 1-16 as a starter in the rest of his games. Thankfully he gets Washington this week. I’m firing up Slayton this week.

My first ‘sit’ for Week 9 is DJ Chark. This is almost exclusively because of the QB change in Jacksonville. I’m not saying that Jake Luton can’t be successful, but I can’t say I feel any level of confidence in starting any Jags player other than James Robinson. There are reports that they will “open up” the offense with Luton, but I don’t know that it matters. There’s always the possibility that Chark connects on a deep home run and has a strong week, but I think he’ll come well short of WR22.

My final ‘sit’ for this week is Amari Cooper. I thought about putting the entire Cowboys WR corps on my ‘sit’ list because I’m very concerned about their outlook this week. This is again almost entirely because of the QB situation. As of writing this, the QB has yet to be determined, but I’m not sure that it matters. There’s always a chance that the Cowboys will be down so big that the Steelers will play soft coverage, and Amari can tally some garbage time points, but I don’t want to count on that. If you have any other viable option, I’d be looking their way instead of towards Amari.

That’s it for week 9, feel free to reach out to me on Twitter (@tristancook_) if you have any specific questions for who I would start. There are also weekly office hours in the Facebook group on Sunday mornings before the early games kick-off. There are a handful of writers that will answer all the questions posted to the thread, so you are usually able to get a few different takes on your situation. Make sure to come back next week to see how these picks turned out. Good luck!