Catching up with some of our Rookie Profile Players 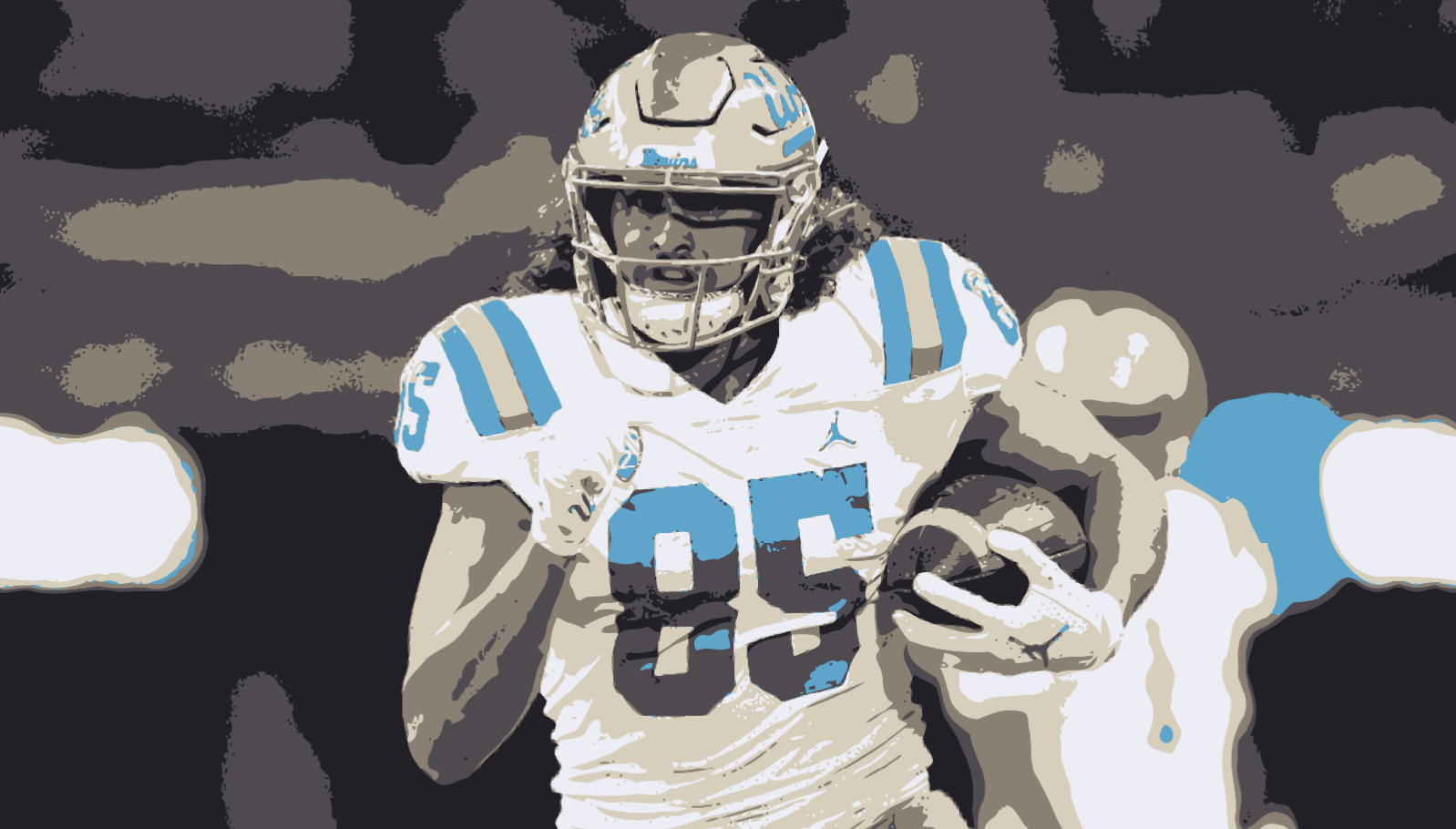 No young player needs reminding that there is a massive step up from college football to the NFL. Even some of the best prospects come unstuck when they make the leap to the big league. Game time is nowhere near as plentiful, meaning that dynasty fantasy gamers may have to wait a little longer to use them in their teams.

Every year, before the NFL Draft, we take a look at some of the potential stars of the future in our Rookie Draft Profiles series. We evaluate how they might do once they go pro, as well as their fantasy football prospects. We don’t expect any of them to be involved in the Super Bowl coin toss any time soon – but the following five have adapted well to the league and could turn out to be big players.

Although Dulcich was a late bloomer during his time at UCLA, we liked that he learned his craft and had become a very good prospect by the time of his senior year. We did think he could do with adding some mass and was something of a raw prospect who could benefit from an experienced QB taking him under his wing.

A big positive for Dulcich – that we saw – was his willingness to learn and absorb information. That would be crucial in the NFL, where he was taken in the third round by the Denver Broncos. He was injured in training but came back in week 6, where he caught a debut NFL TD. He has now made at least one reception in every game since and is looking good.

Moore converted from a QB/CB to o wide receiver when he went to college at Western Michigan and excited us enough to predict that he may even be selected in the first round of the draft. His size and inexperience were a worry but we did like his blocking ability which would act as an extra side to his game in the NFL.

In the end, Moore was selected in the second round – 54th overall – by the Kansas City Chiefs, who have put him to good use in a number of positions. He had been able to make 19 receptions for 217 yards up until week 16 but was also utilized as a kick and punt receiver. No TDs yet though.

This Baton Rouge native looked like he would take to the NFL really well after impressing as a linebacker at Alabama. He had never played the position before college but impressed from his freshman year with his speed and coverage skills. We predicted big things for him – and anyone picking him up for their fantasy teams.

We were made to wait to see whether Harris would adapt quickly, as predicted, to the NFL though. An injury meant he wasn’t activated until late October. He has made up for lost time since though. Managing 60 tackles in his first 10 games, Harris looks like he was born to play in the NFL.

“Bam” Knight enjoyed a stellar college career at NC State and we really liked his vision and footwork, plus his ability to find the smallest of gaps for those extra yards. But we were a little worried that he didn’t have the same levels of speed as some of the other running backs in his class.

We predicted he could be selected in the third round, but Knight was eventually taken as an undrafted free agent by the New York Jets. He may not have seen much game time yet but he set a franchise record on his debut against the Bears, with 103 yards from scrimmage. He has also already scored an NFL TD and looks like giving the Jets an extra option in the future.

Coming from a small school like Coastal Carolina, he Likely had a lot to prove and ended up becoming only the second player from the school to be selected in the NFL Draft in the last six years. He was selected by the Baltimore Ravens in the fourth round, 139th overall.

We really liked his blocking skills as TE and his ability to find space for passes. But we did warn that rookie tight ends could be a long-term prospect for dynasty fantasy coaches. But, if anything, Likely has exceeded all expectations in the NFL – averaging over 10 yards a game and picking up two TDs in his first year.