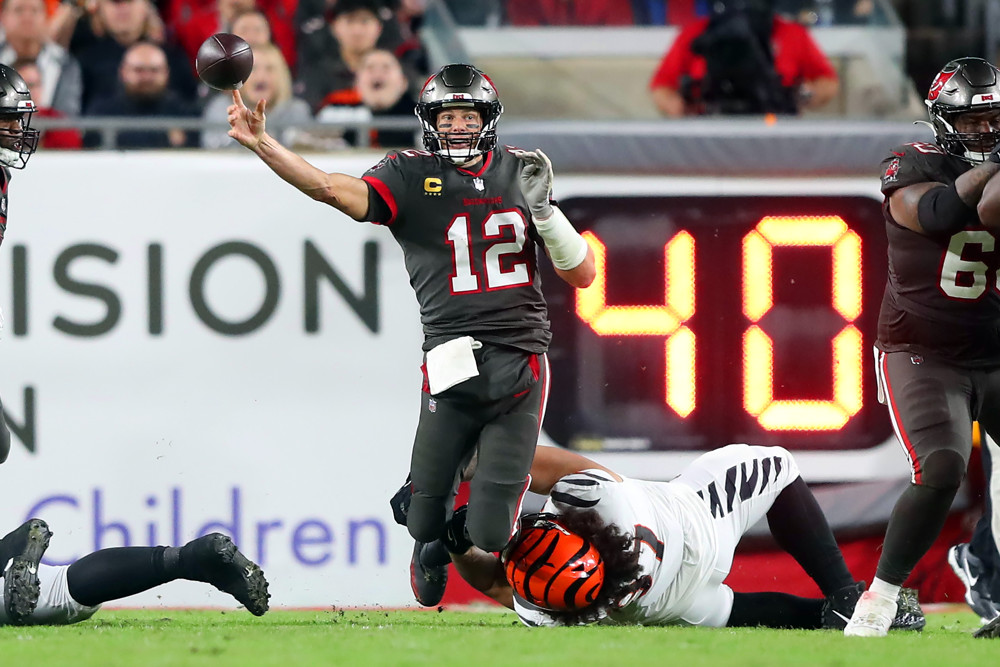 Though Tom Brady has had to experience something of a novelty in his career, a losing season, the veteran NFL legend is set for another run at the playoffs with his Tampa Bay Buccaneers securing the top spot in a very poor NFC South and therefore, a wildcard playoff against the Dallas Cowboys on January 16th.

With progress to the playoffs having been secured, the Buccaneers went into their final regular season match against the Atlanta Falcons with the intention of making it three wins on the bounce ahead of the post-season, but they fell to a 17-30 loss on the road in a game that saw 45-year-old Brady break yet more milestones.

The Bucs quarterback completed nine passes to make it 486 completions for the season, breaking his own record from 2021. Brady was then taken off the field of play to keep him fresh and ready for action to face the Cowboys.

Brady will be looking to secure his eighth NFL championship ring, and if you take a look at the latest American Football betting odds, you’ll see that the Raymond James Stadium team is pretty low down the pecking order at around (+3000) to make it all the way through to Super Bowl success.

Obviously, the odds are very much against it, but you shouldn’t bet against a player of Brady’s caliber, and the former New England Patriots star commented on the fact that it’s not always the best teams that go all the way and that there is more to securing the big prize than sheer ability;

“The team that wins is the one that plays the best that day, not the one with the best record or home field,” Brady added.

Only five other teams have made it to the post-season with a losing record, and it’s something that is totally alien to Brady and knows that the lack of a winning mentality is something his team will need to rectify and fast;

“It’s a big challenge. Every team is going to be a challenge,”

“Close won’t be good enough going forward for anybody.”

Tampa Bay began the season with a 19-3 win over the Cowboys in week one, but Mike McCarthy’s side quickly bounced back from that defeat, winning six of their next seven, and they are the top-seeded wild card.

It’s also worth remembering that the Cowboys have never beaten a team that has had Tom Brady in it. That’s a 7-0 record to be proud of and one of those statistics that is sure to play in the mind of the Dallas players ahead of, and perhaps even during, the play-off clash.

This is Brady’s 20th play-off campaign, he hasn’t missed a post-season since 2008, and his current 35-12 record is an indication of just how much influence he has when it comes to the business end of the season. Dallas beware.