Study: How To Best Construct Your Roster For SFB11

What is the best way to construct your SFB11 roster? Justin Dunbar @talkmvp crunches the numbers to find an answer. 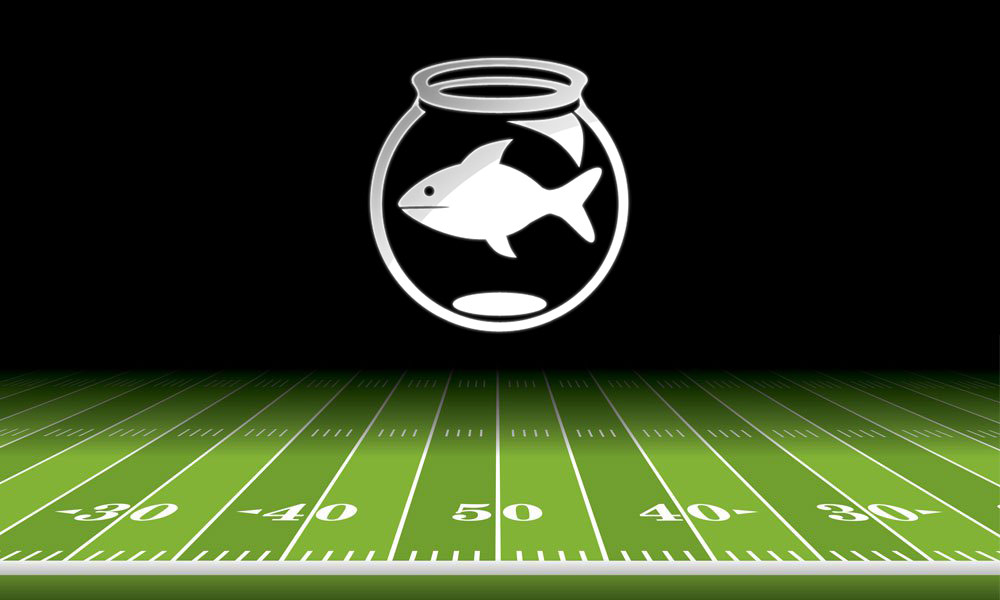 This time of the year can be best described as a “dead period” of the NFL offseason, but the same cannot be said for fantasy football players. With the Scott Fish Bowl draft set to start on July 5th, now is the time for competitors to set their strategy with aspirations to rise above the rest of the pack.

For those unfamiliar with the Scott Fish Bowl, the competition consists of 160 divisions of 12 teams. For those without a calculator on hand, that’s 1920 teams! Just to be in the conversation for a playoff spot, last year’s results would indicate you need to score at least 145 points per week- quite the lofty amount. Thus, it is imperative that competitors have a clear plan of attack when it comes to drafting. This way, they can avoid making the same mistakes that previous players have made and deciding on their preferred method of roster construction.

There are plenty of different viable drafting strategies that are well known, but what if we let the data do the talking? This piece will analyze the roster construction of all 354 playoff teams from last year’s Scott Fish Bowl competition. Between early-round positional allocation, building out the rest of the roster, and defining what “value” truly is, the hope is that we will be able to make clear conclusions on what the data says is the most foolproof strategy to fill out your roster. Without further adieu, let us dive deep into data!

While depth is critical in fantasy football, the early rounds certainly are the foundation of a team’s roster. With that in mind, maximizing those premium picks is critical.

What is the best way to do so? Proper positional allocation is a must. Based on last year’s Scott Fish Bowl playoff teams, there clearly was a pattern in terms of early-round strategy:

Even with Christian McCaffrey and Saquon Barkley missing considerable time due to injury, most successful teams were built by taking a running back in one of the first two rounds. Intuitively, this makes a lot of sense. Running back is not a deep position, after all, and playoff teams likely were able to take advantage of having one of the few running backs with enough of a workload to produce at a high level. Considering that 49.5% of all players selected running backs in the first round, this is not a shocking development. Meanwhile, the amount of teams that doubled down at the position indicates a clear premium placed on it.

Rather, what might be more surprising is the lack of value provided to taking a wide receiver or tight end at the top of the draft. The extensive amount of depth at the wide receiver position appears to make it easier to accumulate wide receiver talent early on. At the same time, there might not be enough high-end talent at the tight-end position to make it worth an early-round investment. For context, the average league rate of wide receivers taken in the first round was 9%. For playoff teams, that number shrunk to just 4.5%. At least when looking at last year, selecting a wide receiver or tight end in the first two rounds of the draft was clearly not the optimal strategy.

Scott Fish Bowl’s top-ranked quarterback, Josh Allen, was picked in the top two rounds by just one team. Even then, many successful teams were built with some sort of early investment at the position. Doubling down on quarterbacks appeared to be less rational, but given how stable quarterback play tends to be year-to-year, securing the services of a premium talent makes sense in a league that allows you to start two of them.

So, you now have a good idea of how to start building your roster, but there are still 20 more rounds!

What positions should you prioritize, and when should you do so? Let us start with the third round:

The third round appears to be the practical time to address the wide receiver position. Furthermore, if you don’t feel settled about the running back position after the first two rounds, the data suggests that the third round might be your last chance to add one before the talent crop dries out. Time to take a tight end? Not yet. With only one needed as a starter, it appears you’d be better off avoiding the position until a later round.

From there, draft strategy becomes much more volatile. Nevertheless, there are clear patterns when it comes to the number of players you want at each position:

Positions that require multiple starters a week necessitate more depth naturally, but there’s likely more nuance to it than that. While we do our best to project depth charts, injuries and other developments can open up opportunities through the season. However, this typically only takes place at running back or wide receiver- do you really want to start a backup quarterback? We saw the value that James Robinson, Antonio Gibson, and other late-round running backs provided last year, so make sure to try to find this year’s version of those players with calculated stashes on your bench.

Every year, analysts write about which players are likely to be the “steals” of the draft, but how do we quantify this, and is the process of acquiring “steals” important when it comes to building a strong roster?

To answer this, let us dive back into last year’s number. To identify value, we’ll compare the draft position of each player taken versus where they went across all Scott Fish Bowl drafts. A positive number would indicate the player was taken below where they were normally taken. In contrast, a negative number would suggest the player was a “reach” compared to where they would have expected to be selected. Meanwhile, we’ll compare the value accumulated by playoff teams versus non-playoff teams to better understand if the concept of “value” truly exists in fantasy drafts:

In the early rounds, playoff teams generally were more responsible when it came to finding value. In fact, outside of the fourth round, playoff teams rarely reached for players at all, with the gap only becoming more significant as the draft progressed. Specifically, in the first round, the top-five picks were much more aligned with consensus, with reaches becoming more evident at the latter half of the round. In other words, the farther along the draft was, the greater likelihood that “chaos” would transpire.

Why was the fourth round such a common spot for reaches? Interestingly, this seems to be correlated with the early-round strategy of these teams. They could stock up at more valuable positions by avoiding the tight end position early, but the fourth round and fifth-round became the common spots to finally add a tight end to the roster. These would generally be defined as reaches, yet a starting tight end has much more value to them than a position group they had already added talent to. Thus, I’m not sure I would categorize this as “reaching” for a player. Rather, it may demonstrate the leeway provided by maximizing earlier investments.

However, what is most telling is what happens after the fourth round. Whereas non-playoff teams continued to reach for players they were more confident in than the fantasy community, playoff teams took advantage of the chance to acquire players at lower price points than anticipated. Remember our pondering of why so many playoff teams were able to overcome injuries to Christian McCaffrey, Saquon Barkley, and others? This helps explain why. By limiting the risk of later-round selections by taking players well-regarded by the public, they were able to construct deeper teams that allowed them to deal with adversity in a way that non-playoff teams weren’t. The early rounds of the draft may be the most important rounds, but this is a clear demonstration of the value of an all-around strong draft performance.

By this, it should be rather evident that playoff teams reached for players far less often than non-playoff teams. Taking this into account, I think it is quite clear that accumulating value is a significant aspect of the optimal draft performance. A common belief is that fantasy football success is mainly about benefiting from variance, but this would combat that notion. By reading the marketplace correctly, the playoff teams demonstrated better process than the non-playoff teams, which likely drove their success significantly. In other words, a good process leads to good results!

There is a lot to take away from this, so let us break our findings down to the most critical points:

The Scott Fish Bowl does not allow for trading, meaning that, outside of waivers, the draft is your only chance to stock up your roster with as much talent as possible. That makes draft preparation and the crafting of an optimal strategy incredibly important.

The beauty of analyzing data is that you can use it in a lot of different ways. If you’re like me, for instance, and avoid risk, you may want to stick with what the data says is the best way to build a playoff roster. However, if you’re in a risky mood, you might be inclined to see what general teams do and decide to go against the grain as much as possible. Would I advise that strategy? Not particularly. The odds are already stacked against you being one of the 18.4% of playoff teams as is, so eating at those odds by not making analytically-inclined decisions is a perilous approach.

That said, every year is different, and as long as you can feel confident in your plan of attack and justify it, then there is no such thing as a bad strategy! At the end of the day, you’re in charge of your roster, and it is up to you to draft who you believe is the best available player at each slot. From there, sit back, and enjoy an exciting season of football! I speak for all of Dynasty Nerds when I say I wish you the best of luck in this year’s Scott Fish Bowl.