Week 10 brings some major injuries to some key dynasty players. @JohnnyBGoodeFF discusses short and long term impact for some of these key dynasty assets 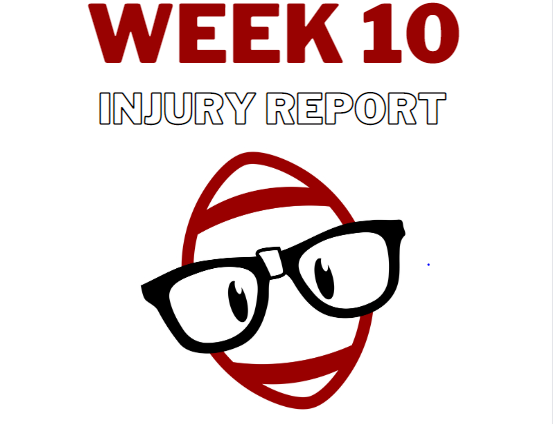 The timeline for quarterbacks returning from high ankle sprains is a little sooner than those of positional players. Expect PJ Walker to miss Week 11 and possibly Week 12.

Herbert was placed on IR following his hip injury sustained in Week 10. This effectively ends his fantasy season as he would be looking at returning in Week 16, which at that point, you’re unlikely to put him in your lineup during your fantasy playoffs. The long-term implications of this injury are unknown without knowing the specific diagnosis.

Cooper Kupp is grabbing his leg after the last play. pic.twitter.com/daG0LtZsBT

The most severe high ankle sprains result in surgery needed to repair them. It is likely he did not suffer a fibular fracture with this injury, but it certainly looked plausible. This may end Kupp’s regular season if the Rams can’t turn things around. It’s hard to see a scenario where the Rams would bring back their star wide receiver for meaningless games. I would expect him back fully healthy for the 2023 season.

Not entirely sure here. pic.twitter.com/eJgGM1wlzm

Many speculated immediately about the Achilles due to it being a non-contact injury. It’s been reported that his Achilles is not affected. Hypothesizing, I expect Jeudy to have injured his peroneus (fibularis) longus/brevis based on the position his foot was in when injured. I would classify this as an ankle strain rather than a sprain. I would expect Jeudy to be 50/50 to miss Week 11 and suit up for Week 12.

Praying for JuJu after this hit pic.twitter.com/6fUC9y5Et5

JuJu sustained a massive hit during Week 10. He enters the concussion protocol. Given the severity of the impact sustained, I would expect him to miss Week 11.

Given the mechanism of injury and this being season-ending, it’s plausible that Ertz tore his ACL. This is devastating for Ertz’s managers as he was shaping up to be one of the best steals at the tight end position this year. Once Ertz has surgery, we can put a timeline of about ten months for his return.

At the time of this writing, the specifics behind Goedert’s injury are unknown. He’s reported to “miss some time.” Given the mechanism of injury, I am concerned about a labral issue in his shoulder. This may require surgery but could wait until the offseason if the injury is minor. We are getting close to the point where an injury that may keep a player out for 4-5 weeks leaves fantasy managers with a tough decision to make come playoff time. Goedert may be one of those players.