@JohnnybgoodeFF breaks down the major injuries from Week 4 and assesses when you can expect them back! 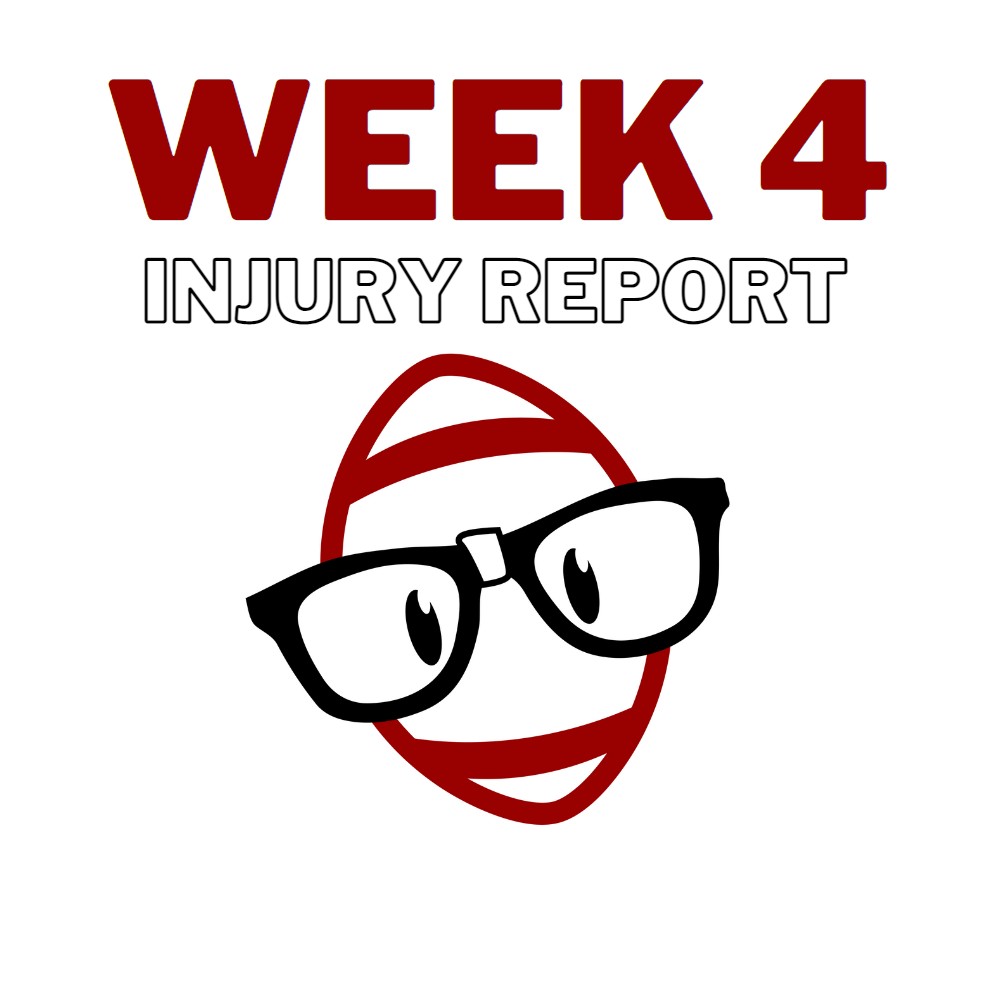 Prayers for Tua Tagovailoa… this injury was scary 😳🙏pic.twitter.com/IwQOLQBDYE

Tua may have suffered a concussion in Week 3, and then in Week 4, he had what appeared to be a severe concussion. This looked worse on TV than it probably actually was diagnostically. Still, back-to-back weeks of head trauma can lead to lingering symptoms of headaches, double vision, etc., if not properly rested. Given the scrutiny that Tua’s situation has been under, I hope the Dolphins handle this more conservatively than they have thus far and keep him out for at least one week.

Patterson lands on the IR, forcing him to miss at least four weeks. At the time of writing this, the specific diagnosis is unknown, which makes this difficult to assess for any short or long-term impact fully. We know he’s out for at least four weeks, which implies a possible meniscus injury. The ride with Patterson was great while it lasted, but this may have seriously derailed his fantasy value in the future, as another running back may step up in his absence.

Prayers for Tua Tagovailoa… this injury was scary 😳🙏pic.twitter.com/IwQOLQBDYE

You hate to see this. Javonte will undergo season-ending surgery, and we will look at about a 14-month recovery timeline, similar to what we saw from JK Dobbins. Once he does come back, I would assume a similar 4-6 week ramp up that we see with JK Dobbins in 2022. The bigger question on his long-term value comes from what, if anything, the Broncos this offseason to hedge their bet at running back.

The average time for wide receivers to return from turf toe has historically been about one month, so I expect Burks to miss about that long. Turf toe can linger if not given ample time to recover and can be quite limiting. The great toe is significant as it is the last part of the foot to leave the ground during running. This can be aggravated relatively easily. I expect the Titans to play it safe with their young star wide receiver and keep him out until he is 100%.

Crowder had surgery to repair his broken fibula and is now out for the year. He wasn’t incredibly fantasy relevant before his injury, and I don’t expect him to be in 2022 when he is finally healthy.

Hamstring injuries have a high incidence of recurrence. Therefore it’s essential to give them the appropriate time to heal. The timeline depends on the extent of the strain, but I expect him out for at least Week 5.