@jonnybgoodeFF discusses Week 6 injuries, how long players will be out, and any long term implications to consider! 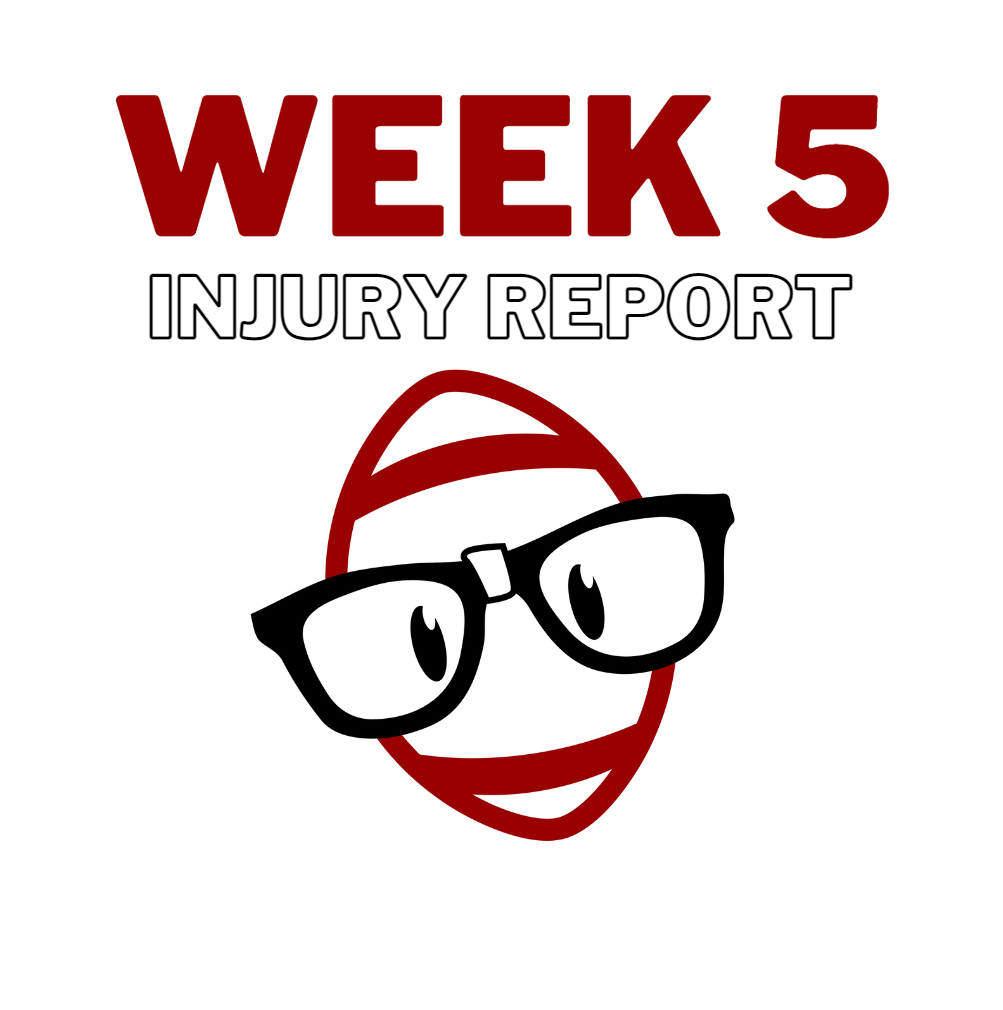 Miami now has their top two quarterbacks in the NFL concussion protocol. Tua doesn’t look to be ready to return. The latest word is that if Bridgewater is clear, he will serve as the backup this week.

#BakerMayfield headed to locker room early right before half. Left ankle/lower leg injury and likely to return. Played another down and last year continued to play after shoulder dislocation. pic.twitter.com/sWPY9IJDhn

Quarterbacks tend not to be as affected by high ankle sprains as running backs or wide receivers. This is mainly because the quarterback position doesn’t typically involve sharp cutting and a change of direction. I would expect Baker to miss about 3-4 weeks, possibly more, depending on the severity of the sprain.

Wilson received a “procedure” to help with his Lat strain. This was a PRP injection (platelet-rich plasma), which can help improve the healing and speed up recovery time. This is one of those injuries that need rest, but unfortunately, Denver can’t afford to shut Wilson down at this point. I would expect him to play no worse than he has been, as a strained lat doesn’t affect decision-making. There is a possibility that this doesn’t respond well to the current treatment plan, and Wilson will be forced to miss a few games to heal up.

Rib injuries such as bruised ribs are typically a pain tolerance issue. Cartilage injuries in the ribcage are quite painful and challenging to play through. At the writing of this article, it’s unclear what specific injury Conner suffered. He has been labeled “day to day,” so I expect him to suit up this week. If not, I wouldn’t expect more than a one-week absence.

Harris is rumored to be expected to miss “multiple games,” which puts him on a 2-3 week timetable, possibly longer. Hamstring strains are easily aggravated if an athlete comes back too soon. The way Rhamondre Stevenson has looked, I am not sure New England tries to rush Harris back. Make different plans for running back for at least two weeks.

Colts RB Nyheim Hines headed to the locker room to be tested for a concussion after exhibiting gross motor instability on the field, per @RapSheet

He walked to the locker room under his own strength 🙏🏾pic.twitter.com/x7RnkHXagk

The one positive of Hines’ situation is that he has gotten an extra three days of rest to come back from his concussion. That being the case, I would expect him back this week.

Injury – Broken Fibula, Out for Season

Penny seemed dedicated to shedding the “injury-prone” label he’s been given in the NFL. This won’t help that. This will require repair surgery and will keep him out until next year. Very similar to Trey Lance’s injury. He will likely return from this injury and find an opportunity next season as a free agent. Given his inability to stay healthy, I imagine he lands in an RBBC situation rather than a bell cow role.

Following Week 5, Hill left the stadium in a walking boot. This is precautionary more often than not. It was reported that Hill was stepped on during the game. He has officially returned to practice, so I expect him to be active this week, although he could be somewhat limited depending on the severity of his foot injury.

Olave also suffered a concussion this week. As of writing this article, he was in stage three of five of the protocol. Watch this closely as he returns to practice throughout the later part of the week.

This would be #PatFreiermuth 3rd concussion in only his 2nd year of the @NFL. pic.twitter.com/61cB7sQHS5

This is ‘Muth’s third concussion in approximately 1.25 seasons. Watch him carefully as he progresses through the concussion protocol this week. Given his history, it would not surprise me if he sat out this week as a precautionary measure.