That’s Going to Leave a Mark: Week One Injury Report

The Week 1 injury bug bit pretty hard. @johnnybgoodeFF takes a look at how bad it is for your impacted players. 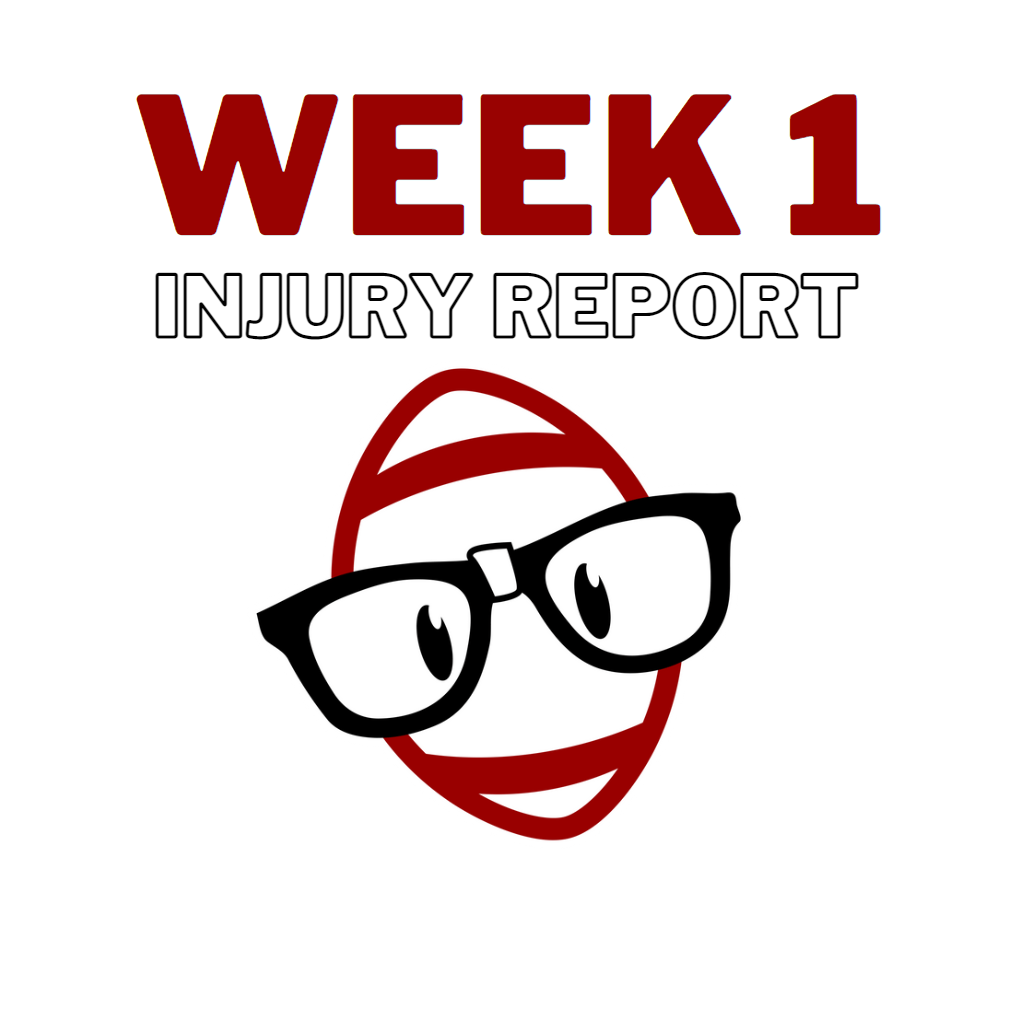 We’re Back! It’s the Week 1 injury report. The injury bug seemed dormant this preseason, but it bit pretty hard in Week 1. Let’s break down the injuries and what they mean for each player’s fantasy outlook.

Higgins is in the concussion protocol and will need to be cleared before resuming action. The concern would be if he were to miss over ten days. This would indicate some lingering symptoms that can result in chronic issues. This is uncommon. It’s safe to expect him back in Week 3 at the latest.

I am not saying that his early return from ACL surgery was a predisposition to him suffering a hamstring injury, but I’m also not not saying that. My main concern with any athlete returning early from ACL reconstruction is compensation injuries. On the play in which Godwin pulled up hurt, he appeared to put his knee in a position that could strain the ACL. The hamstring “helps” the ACL as it supports the knee in a similar way. Looking forward for Godwin, hamstring injuries are susceptible to re-aggravation if they aren’t given enough time to recover. That said, I would put Godwin out about four weeks give or take a week. The positive spin on this is that Godwin is finally given the recovery time he may need to further decrease the risk of re-tearing his ACL.

As mentioned in the Godwin section of this article, hamstring injuries can be re-aggravated if not given enough time to heal. Most recent reports indicate Allen may have avoided a long-term injury. An earlier return may be possible for Allen. Given the short week for the Chargers, I expect Allen to sit out Week 2 but would not be surprised to see him out there in Week 3.

At first, this injury was reported to be a 6-8 week timetable, but following surgery, this was updated to 3-4 weeks. This is likely the result of the surgery showing that the fracture was better than initially feared. Dak is also not going on IR. This is great news for Dak Prescott, the Dallas Cowboys, and those who roster skill position players from Dallas. I am typically skeptical in instances like this where the timetable is cut in half. Still, all signs seem to point toward this being legitimate and Dak possibly being back within four weeks. The main questions for this injury are how fast will this heal? What kind of mobility issues will he have? And then, the risk of re-injury through the healing process won’t be complete if he returns at four weeks?

Most MCL injuries don’t require surgery, but the timetable for them vastly depends on the severity of the sprain/tear. This is being reported as an eight-week timetable, which suggests a grade 3 sprain/tear. There are a few concerns for the rest of the season for Elijah Mitchell.

I tend to subscribe to the opinion that late draft capital running backs are great sells once they achieve success. These athletes may face an uphill battle for playing time if they suffer injury due to the low investment that the team has. Mitchell may be another name to add to the list.

The most recent news indicates that Najee may have avoided significant injury and could be ready to go in Week 2. The fact that he is trending toward playing is great news. The frustrating part for fantasy managers is, are you still confident in him? He remade it through the preseason with a Lisfranc sprain but then may have re-aggravated it during Week 1. He will likely be dealing with some sort of discomfort in the foot area. At what point does he actually miss time? In my opinion, this is inevitable. He will likely be dealing with some kind of foot issue throughout the season. Look for the Steelers to, at the very least, limit his action a bit more while he works through this injury.