The Cutback: Running Back Start/Sit Week 13

Week 13 is here of the NFL Season, @DarthDbacks gives you some running back start/sit this week so you can win your fantasy football matchup. Good Luck! 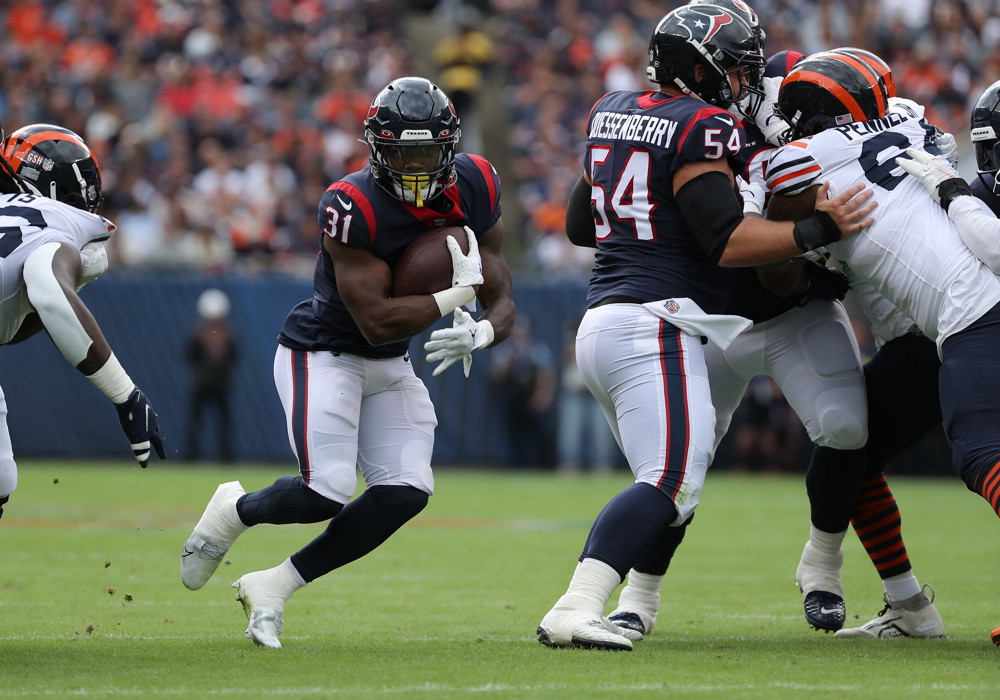 Week 13 of the NFL Season is already here. It’s flying by, sadly, so make sure you sit back and enjoy it. It’s mind-boggling it’s already this deep into the season. Also, enjoy the chaos, as this fantasy football season is unlike anything we have ever experienced. It’s a scary sight. Look below at my running back start/sit for Week 13. Make sure to enjoy this NFL Sunday because there aren’t many left.

Week 12 is in the books, and it was a chaotic week again. We saw big-time performances from names like Miles Sanders, James Conner, Jamychal Hasty, and others. At the same time, we saw injuries occur to others. Sigh. Now we are onto Week 13 in what will hopefully be a much better football week. I’ll be helping the Nerd Herd out this season with some running back Start/Sit for that week of fantasy football. Analysis and reasoning will be provided for every player that I mentioned. I’m here to help you win your fantasy football week and, ultimately, the championship. You might remember me from last year as I covered whom to start/sit at tight end. This year, I’m covering the running back start/sit.

I said to start Rachaad White, and I sure hope you did. He blew past that 24th projection, finishing as the RB9. The same is true for Perine, who was RB10, although I said to sit him. Oops. Wilson was still a quality start, and Stevenson blew doors past the supposed expectations by finishing as the RB7 overall. I was really close to being “right” on Foreman and Murray, who barely beat their projections yet still finished far below what fantasy players hoped would happen.

Pacheco’s my start of the week, even against the tough Bengals. Pacheco will certainly find more room on the ground than KC’s wide receivers will find. The Bengals defense is extremely tough on wideouts but middle of the pack against running backs. As Pacheco continues to blow up with his 4.7 ypc every week, I like his chances to finish much higher than what FantasyPros is projecting. He saw 22 carries last game and at least 15 carries in each of his last three games. That should continue in this one.

Yes, the Texans offense is atrocious. It’s downright not fun to watch them play. However, that doesn’t mean that Pierce isn’t in store for a large workload and productive day. He’s facing the awful Browns run defense, who give up the second most points to running backs. As we have seen before with Pierce, good matchups for him can win you your fantasy week. Plus, it’s not like he’s having a bad season averaging 4.4 ypc. Plus, he has seven receptions over the last three weeks, which is encouraging as that means he could see more passes come his way.

I’m a believer in AK47 that he can right the ship this week against the tough Bucs defense. The Saints always play tough, close games against Tom Brady and the Bucs. Even tho the Buccaneers are third-lowest in fantasy points given up to running backs, I still think that Alvin will have a great day through the air. Dalton will be pressured a lot, and those check-down throws are fantasy gold for your running back. Besides, it’s far too early to call it quits on Alvin.

Singletary usually likes to prove me wrong, so if you start him, good luck. However, I am not a big fan of the matchup, plus he hasn’t been getting much passing work lately. As Allen gets healthier, the need for Singletary to do more decreases. You hope he does enough or gets a touchdown to be an RB2, but usually, he’s an RB3, especially against the Pats. The Patriots are the second toughest team against running backs in fantasy, so it’s probably better for Singletary and his three touchdowns to find your fantasy bench.

Yes, I missed on him last week, but I’m coming back to the same bucket by saying to sit him this week. It sounds like Mixon will be back, which means that Samaje becomes nothing more than a flip of the coin as to whether he gets a touchdown or not. Mixon handles a heavy workload, and it sounds like Chase will also be back. That means that those big receiving numbers will go down for Perine. Thanks to that touchdown, he did well last week, but his 3.4 ypc screams fade me.