The Cutback: Running Back Start/Sit Week 14

Week 14 is here, and @GBridgfordnfl is back to provide you with your weekly starts and sits, and we’re here to talk running backs. 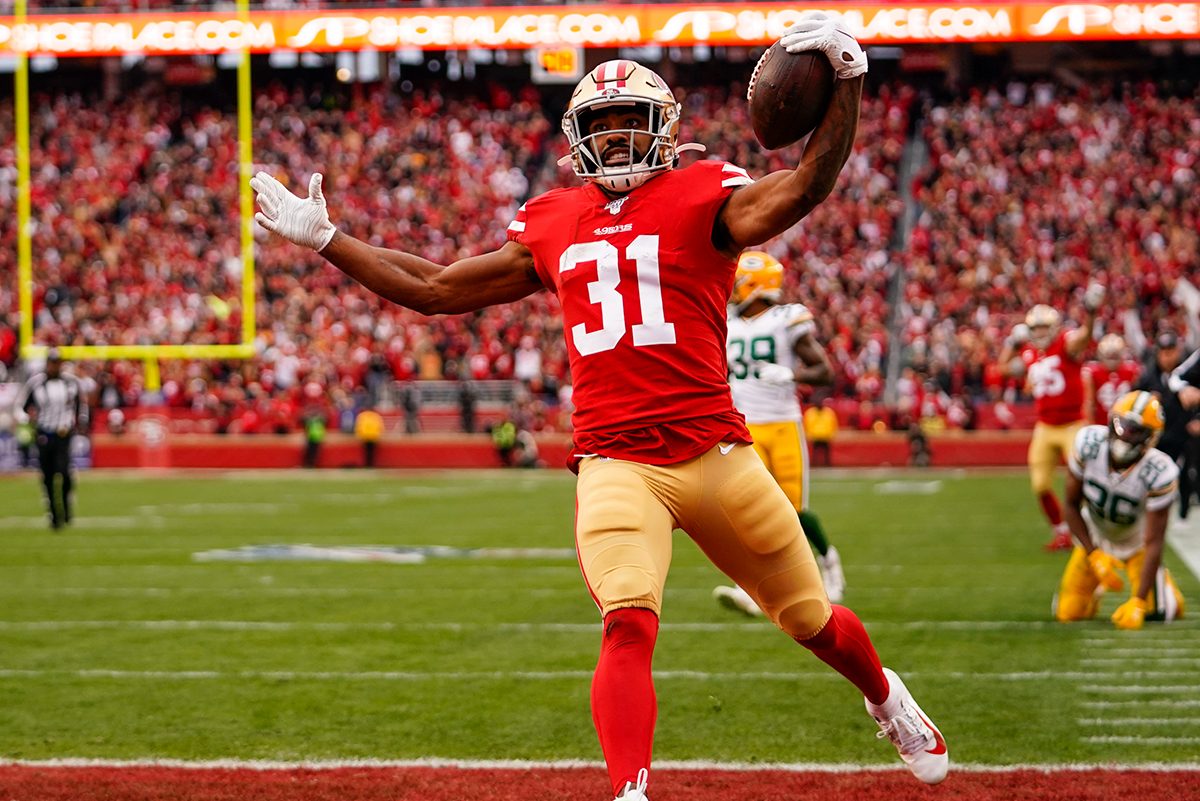 Welcome Back! Week 14 is here, and the DynastyNerds writers are back once again to provide you with your weekly starts and sits. We will be making our recommendations based on weekly consensus PPR rankings from FantasyPros. Here are the cast and the position groups they will be covering to help you win your week. Follow their socials, and be sure to check out their picks for this week as well.

Four out of six, including the RB1, is a pretty good week if you ask me. Montgomery crushed the week with a pair of touchdowns, and he would have done even better if he was given more volume in the second half. It was close, but Dobbins scored a late touchdown to salvage that day. His volume remains troublesome, but he’s still the most explosive runner in that backfield. Gaskin returned in the same way that he was before he left. He’s not exciting, but he is such a safe play every single week because of his volume and efficiency in this offense.

Well, these two misses were sad because in a big week, we’re right. In one like this, Zeke and Drake can be inefficient but still finish in the top 24. Drake scored a touchdown to carry his day, and Elliott just got a ton of volume on the day. A 13-point day wasn’t great, but it was better than some of the other options. We nailed Gurley. RB61 on a week when 13 points was RB2 production in PPR means he just was a flat dud. 3.0 points is exactly that.

This call is based entirely on the idea that Frank Gore (concussion) is going to miss this game. Gore hasn’t been flashy or explosive as the starter. The season is largely over for the Jets, so there is no point in rushing him back. For his career, Johnson has seen just two games where he had at least 10 carries. In those two games, he averaged just under 15 points per game. That 14.7 would have put him at RB16 last week.

The Seattle Seahawks are a team that has been trending in the wrong direction over the last few weeks, and that all came to a head against the New York Giants in Week 13 when they lost. They are the 10th-worst team against the running back position for fantasy football, and there just isn’t any other competition in New York. Leaving a top-24 finish is well within the realm of possibility.

It pains me to have to write this, but Joe Mixon is still out with an injury despite being eligible to return from the Injured Reserve list. It was announced on Wednesday by Head Coach Zac Taylor that he would miss at least one more week. As a result, Bernard has become a strong start for this week because they are going against a Dallas Cowboys’ defense that can’t stop anyone on the ground.

This is mostly a volume play this week. Bernard hasn’t been extremely efficient this year, but he has been getting almost all of the volume. For his career, in the 41 games, he’s seen at least 10 carries, Bernard has averaged just a shade under 15 points per game. That’s all you’re looking for in a guy that you either got off of waivers or as an insurance pick in your drafts.

Considering how effective he has been thus far, it’s surprising that he’s not been just locked in as a starter yet. He’s averaging 5.4 yards per carry on the year compared to just 4.8 for Gus Edwards and 4.1 for Mark Ingram. The only issue for Dobbins has been a lack of consistent volume. He’s clearly the most explosive of the three, giving them the best chance at success.

Similar to the other two running backs we’ve talked about today, all it took for Dobbins to have fantasy value was for him to have a greater volume of touches. He averaged over 12 fantasy points per game in the three games where he saw at least ten rushing attempts. That 12.37 per game would be good enough for RB27 on the year on a per-game basis. Is that perfect? No. Is that good enough to get in your lineups? Yes.

The Cleveland Browns are rolling, but they’re in a letdown spot after rolling over the Tennessee Titans last week. Additionally, Baltimore has to win this game to stay tight in the playoff race. In Week 1, this team had no problem moving the ball. With other players having tough matchups this week, get Dobbins into your lineups here.

This doesn’t make a lot of sense when you factor in that Antonio Gibson is likely to be out of this game. I’ve been in on McKissic non-stop over the last two months, but it doesn’t’ matter for this game against the San Francisco 49ers because of a few things. For one, the game-script doesn’t figure to be a blowout, and that is when McKissic tends to get a lot of his work in the receiving game. Also, the 49ers have two linebackers that can cover McKissic out of the backfield with a lot of success.

Prior to the team’s two easy wins over the Cincinnati Bengals and Dallas Cowboys, McKissic had put up double-digit fantasy points in four out of five games. In a game they were behind against the Pittsburgh Steelers, he put up double-digit points again. The 49ers don’t have the offense to run away with this game against a Washington defense that has been playing sound football recently.

The 49ers are one of the best teams against the running back position. They’ve allowed just 15.3 fantasy points per game. That’s the seventh-best mark in the NFL, and their defense is healthy right now. With the front that they have, which will overmatch the Washington offensive line, it’s just tough to foresee McKissic having a good fantasy outing.

On the other side, 49ers’ running back Raheem Mostert is also on the week’s sit list. Mostert is the best running back in this backfield, but, for whatever reason, head coach Kyle Shanahan doesn’t seem to care. On the season, Mostert has played more than 50 percent of the snaps just one time, and it doesn’t make a lot of sense.

Just look at these splits. Obviously, we have the weeks that he has missed with injury, but outside of Week 1, he has yet to clear 50 percent of the snaps again this season. Jerick McKinnon, Jeff Wilson, Tevin Coleman, and JaMycal Hasty are all fine running backs. Still, Mostert has shown the explosiveness and big-play ability you’re just not going to get from those other guys. Unfortunately, Shanahan is not doing what the rest of us are seeing.

On top of the lack of a total workload, Mostert is running into a terrible matchup. The Washington Football Team’s defense against running backs has been even better than San Francisco’s. They’re allowing just 14.5 fantasy points per game to the running back position, and there is just not enough meat on the bone with the committee that the 49ers are currently working with.

David Johnson is back, and he had a decent week in Week 13. I don’t care. I’m benching him this week. The Chicago Bears have been beaten down over the last month and a half. They’re a wounded animal that needs a win now to stem the tide and keep themselves in the playoff race. With the defensive front they have, it’s just going to be tough for Johnson to get anything rolling against this group.

For the season, he has been extremely reliant on scoring touchdowns, and while volume is going his way, you just can’t count on him to score touchdowns every single week. For one, the team has Deshaun Watson, who ran for a touchdown last week, and they also have Duke Johnson Jr., who cuts into his workload.

The Bears are allowing just 16.9 points per game to the running back position. They have allowed nine touchdowns on the year against running backs. However, they have yet to allow a receiving touchdown because their linebackers Roquan Smith and Danny Trevathan have the speed and athleticism to run with running backs that are athletic, and that’s even more true against guys like Johnson who have lost a step.