The Cutback: Running Back Start/Sit Week 17

Week 17 is here, and @GBridgfordNFL is back to provide you with your weekly starts and sits, and we’re here to talk running backs. 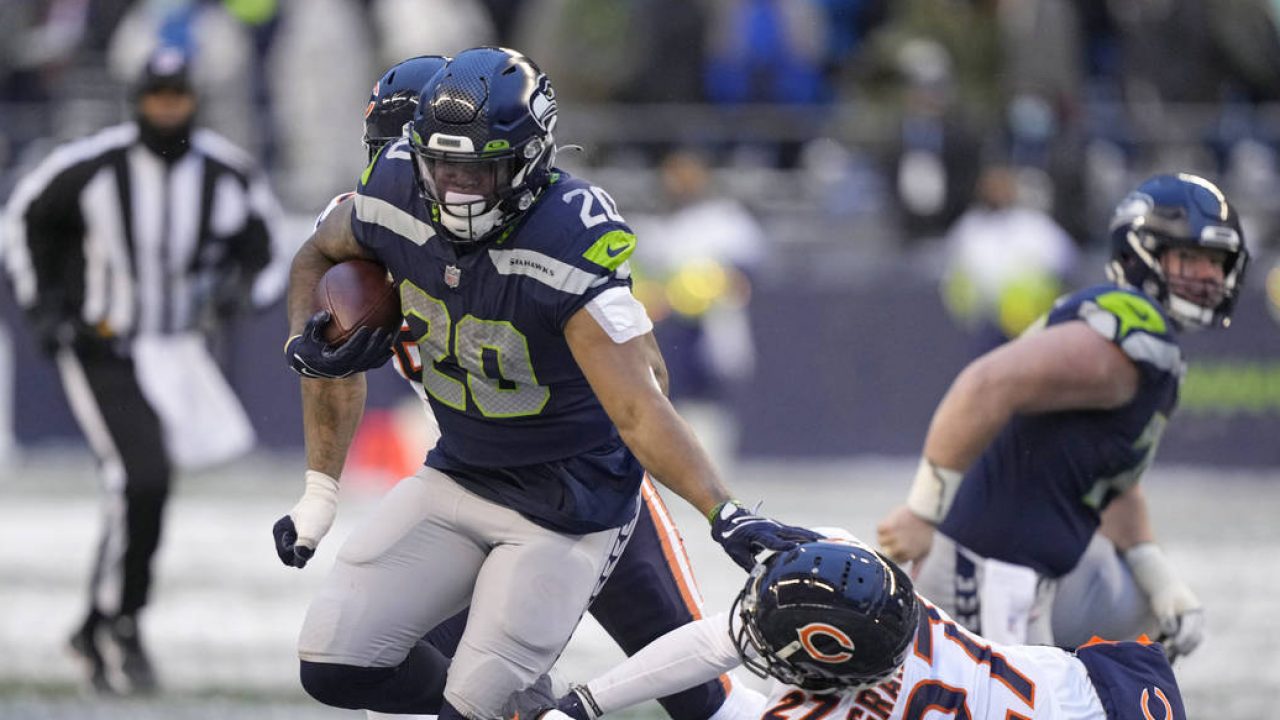 A Quick Note: These are recommendations based on matchups, previous performance, and other contributing factors. These are not law. Any questions? The DMs are always open.

Last week was a nightmare of close calls and tough breaks. Kansas City Chiefs RB Clyde Edwards-Helaire was on pace for a top-24 performance before leaving the game early with an injury. He missed the cut by less than a point, which means he would have easily gotten in.

As far as Philadelphia Eagles RB Miles Sanders goes, he missed by a fair bit, but it wasn’t due to a lack of production. He had seven carries for 45 rushing yards midway through the first half before a broken bone in his hand knocked him out of the game.

We crushed the D’Onta Foreman call. The Tennessee Titan had nine carries for 17 rushing yards and a touchdown; Foreman couldn’t get anything going on the ground.

His lack of involvement in the receiving game has always been a limiting factor to his fantasy prospects.

Buffalo Bills RB Devin Singletary was a miss as the team made a concerted effort to get him the ball through the air. Throw in the touchdown, and we were crushed on this one.

I don’t think I’ve hit on Singletary once this year despite writing him up just about every other week, it seems. Last week, I had him as one of my sits of the week, and he finished in the top 10 at his position.

Now, I have him as one of my starts of the week. I’m sure he’s going to make me look extremely stupid as a result. However, Singletary should crush his matchup with the Atlanta Falcons.

After dealing with inconsistent snaps for the first two months of the season, he’s settled into his role as the lead back in Buffalo. In the past six weeks, he’s led the team in snaps while leading or tied for the backfield lead in touches in all six games.

One major factor that kept Singletary fantasy-relevant was his involvement in the receiving game. When teams are shutting down the Bills’ rushing attack, Singletary’s getting targets out of the backfield.

He saw 13 combined targets in those two games alone. Even if Atlanta slows him down on the ground, he gets the juicy passing work.

The Falcons have been one of the worst defenses in the league this year. They’re 29th against the pass and 25th against the run by DVOA.

They’re the ninth-worst defense in terms of fantasy points allowed to running backs, and they’ve given up 15 touchdowns to them through 15 games.

Singletary is in a great spot this week, especially with Buffalo needing to win out to control their AFC East destiny.

The Seattle Seahawks were officially eliminated from playoff contention last week. That shouldn’t be any reason to see RB Rashaad Penny lessen his workload against the Detroit Lions.

In three of the last four games, Penny has led the team in snaps. With no first-round pick and Penny being a free agent this offseason, the team will be trying to win these games while assessing if they should be bringing Penny back next year.

He has two performances in four games as a starter where he was a startable running back. In both of those games, his team led for a fair bit of the contest.

That should be the case this week against the Lions. He’s seen ten carries in each of those four games while going over 100 yards on the ground in two of the four. He’s found the endzone three different times as well. With no one else to compete for touches, this is Penny’s backfield.

The Lions have been feisty all year long, but they’re still one of the league’s worst teams. They’re 29th in DVOA on offense and defense, and they’re 28th against the run this season.

The Lions should be getting QB Jared Goff back. However, the weather figures to be gross and non-conducive to passing down the field.

There’s a greater than 90 percent chance of precipitation, with the temperature expected to be in the 30s to low 40s all game long. Penny could see a ton of work in this one.

When I started writing this column, I initially had Washington Football Team RB Antonio Gibson slotted in here. However, his absence makes it easier to put RB Jaret Patterson’s name here.

Patterson has been involved in the game plan more over the last half of the season due to injuries to Gibson and fellow RB J.D. McKissic. Yet, he has just one game with more than ten carries this year.

In that game, he had 11 carries for 46 rushing yards. Patterson just hasn’t been all that effective this season when he’s been on the field.

This week, Patterson will see a healthy workload with McKissic and Gibson out of the lineup. That doesn’t mean he should be locked into your fantasy lineups this week.

Patterson is averaging just 3.76 yards per tote on 50 carries this season. Among all players with 50 or more carries, there are only 23 players that are averaging 3.8 or fewer yards per carry. You’re mainly hoping for pure volume over big plays or production with him.

Unfortunately for Patterson, the Eagles are ninth in rushing yards allowed per game. That includes giving up just 72.3 yards per game over their last three outings while being one of just six teams allowing fewer than 4 yards per carry.

The main struggle for the Eagles against running backs has been in the receiving game. They’ve given up the second-most receptions to running backs this year.

However, Patterson has seen just four targets this season, and he had just 20 receptions in three collegiate seasons. Patterson doesn’t have the receiving floor to keep him fantasy relevant this week.

The Jacksonville Jaguars have had one of the most tumultuous calendar years in all of football. RB Dare Ogunbowale is about to deal with the struggles of that this week against the New England Patriots.

Now, Ogunbowale is in the starting lineup. You’re thinking that you’re getting a starting running back with a ton of volume. While you might get one of those, this offense is just too bad for you to count on him this week.

Jaguars’ rookie QB Trevor Lawrence hasn’t thrown multiple touchdown passes in a game since week one. We already know that Patriots head coach Bill Belichick is a master of stumping rookie quarterbacks. He’ll be able to slow down the run with ease while still thoroughly working over Lawrence as they rank 3rd in DVOA against the pass and 8th against the run.

In a game the Bills dominated a week ago, they held Singletary to a whopping 39 yards on 12 carries. This year, the Patriots have allowed just seven total touchdowns to running backs, and Ogunbowale has scored just three times in his career.

Last week, against one of the worst defenses in the NFL in the New York Jets, he had 17 carries for 57 yards to go with two receptions for 15 yards. Ogunbowale used to be much more involved in the receiving game, but he has just 18 receptions over the past two seasons.

If the Jags fall behind, they could try to work him into the passing game, but this game figures to be ugly from start to finish for the entire Jags offense and should be avoided with a 30-foot pole.