The Cutback: Running Back Start/Sit Week 17

Week 17 is here of the NFL Season @DarthDbacks gives you some running back start/sit this week in order to win your fantasy football championship! 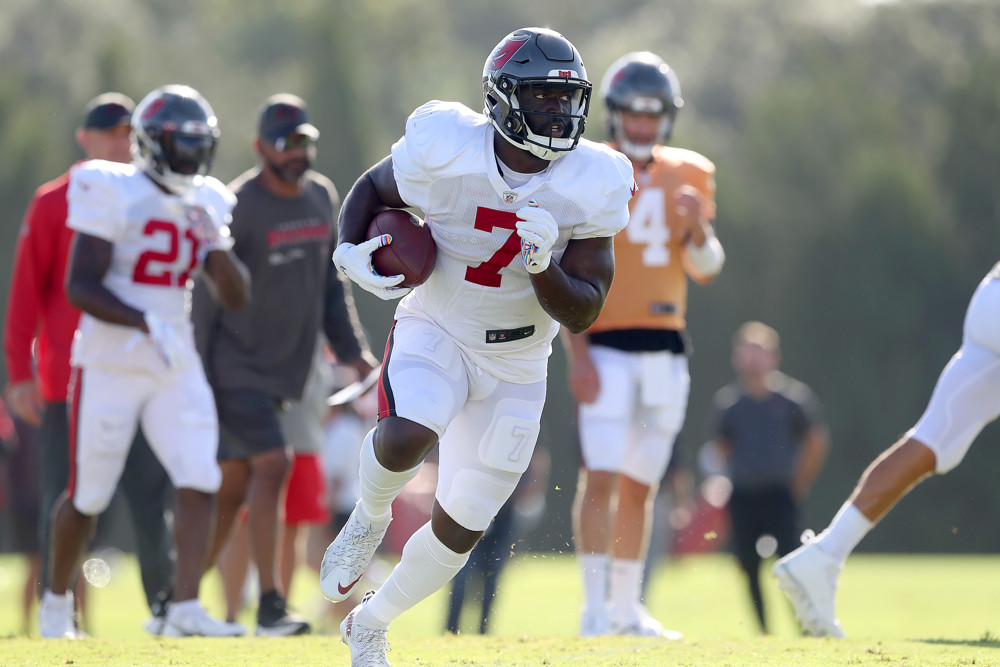 Week 17 of the NFL Season is already here. It’s flying by, sadly, so make sure you sit back and enjoy it. It’s mind-boggling it’s already this deep into the season. Also, enjoy the chaos, as this fantasy football season is unlike anything we have ever experienced. It’s a scary sight. Look below at my running back start/sit for Week 17. Make sure to enjoy this NFL Sunday because there aren’t many left. Championship week is here! It’s time to go for the trophy. Let’s win a championship!

Week 16 is in the books, and it was a chaotic week again. We saw big-time performances from names like James Conner, Leonard Fournette, and Cam Akers, among others. Now we are onto Week 17 in what will hopefully be a much better football week. I’ll be helping the Nerd Herd out this season with some running back Start/Sit for that week of fantasy football. Analysis and reasoning will be provided for every player that I mentioned. I’m here to help you win your fantasy football week and, ultimately, the championship. You might remember me from last year as I covered whom to start/sit at tight end. This year, I’m covering the running back start/sit.

There is one thing I want to note. For this article and every running back start/sit article I write, I won’t be including players like Dalvin Cook or Austin Ekeler. These are apparent starts so long as they aren’t on bye or injured. If you don’t start them, well, you’re a Taco. I’ll be focusing on players that are a bit harder to decide whether to start or what to expect from them. All scoring in this article series will be PPR. All stats/RB# number finishes come from FantasyPros. So, let’s make this a great season as we get to watch over 200+ games of NFL football. It’s back! Good luck with this dynasty fantasy football season.

They call him playoff Lenny for a reason, and he proved why last week on Christmas against the Cardinals. He had 162 total yards plus nine receptions. A total of 29 touches can’t be expected this week, but I wouldn’t be surprised to see him go over 20 touches again. He’s had at least four catches in the last four weeks giving a stable PPR workload. Against the Panthers, Lenny is an RB1 for me, with the Bucs fighting for the playoffs.

Brian Robinson struggled on the ground last week against the tough 49ers, but there is good news. He ran the ball 22 times. That amount of touches is huge for your fantasy running back chances of getting into the end-zone. With Wentz back starting, I wouldn’t be surprised to see them feed BRob plenty of rushes to ease Wentz back in. Plus, he’s been stuffed at the goal line or penalties called to take back touchdowns multiple times in the past few weeks. Don’t be surprised if he sneaks into the end-zone this week against the horrific Browns’ rushing defense. The Commanders are fighting for the playoffs and will surely attack the Browns on the ground. Fire up Robinson as a potential high-end RB2 or low-end RB1.

I’m not sure anyone foresaw Cam Akers absolutely demolishing the Broncos on Christmas. Yep, he didn’t just demolish them. He got Hackett fired. Cakers ran for three touchdowns and led the bench, scoring for nearly every fantasy team. Aside from the one I’m facing, he knocked me out of the playoffs, but what can you do? With the Rams facing the playoff-bound Chargers, who might rest some of their defense, I expect Cam to do quite well. Don’t be surprised if he finds the end zone again this week. The Rams will keep riding the only bright spot in their offense right now.

Najee has a matchup against the tough Baltimore defense that stifled Nick Chubb last week. The hope is that Pickett targets Najee nine+ times like last week against the Raiders. Since I don’t foresee him doing much on the ground aside from perhaps a touchdown, that’s what you’re hoping for if you start him, which you likely have to. Otherwise, his 3.7 ypc isn’t going to do much for your fantasy hopes this week. Be cautious in starting him and limit your expectations.