Week 2 is here, and @GBridgfordNFL is back to provide you with your weekly starts and sits, and we’re here to talk running backs. 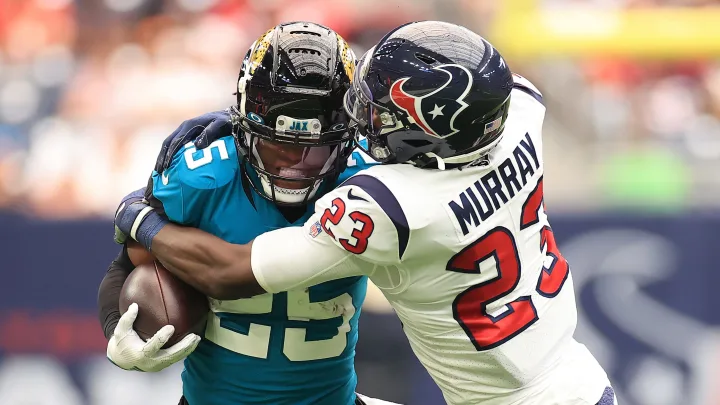 Welcome aboard! Week 2 is here, and the Dynasty Nerds writers are back once again to provide you with your weekly starts and sits.

In week one, the Minnesota Vikings gave up a 25 point day to Cincinnati Bengals running back Joe Mixon when he saw a total of 33 touches, and he found his way into the end zone.

RB Chase Edmonds of the Arizona Cardinals isn’t going to see that heavy workload, but he’ll be involved in the offense a fair bit. Edmonds finished as the RB17 in week one.

He did that while only seeing 16 total touches on the day, including all four running back targets. Meanwhile, fellow teammate RB James Conner saw zero.

Edmonds played 58 percent of the snaps for the Cardinals despite them leading for the vast majority of the game. While he’s not the primary ball-carrier in terms of soaking up time, he was the one that was the most productive for this offense when he was on the field.

Edmonds had 63 yards on 12 carries to go with four receptions for 43 yards. Edmonds has always maintained value thanks to his passing game abilities, confirmed in week one.

As you can see here, it only takes a few catches to lift Edmonds. For his career, in the 16 games he’s caught at least three passes, he averages around 7.5 more PPR points per game than in games where he catches fewer than three passes.

A week ago, the Bengals running backs caught all five of their targets against the Minnesota Vikings’ defense. The Cardinals like to run a high pace offense, which factors into Edmonds having another top-24 week.

It’s clear early on that this Denver Broncos’ backfield will be a problem all year long between Javonte Williams and Melvin Gordon. There was an even 50-50 split in snaps for week one, with both backs seeing 33 apiece.

Williams saw a total of 15 touches compared to 14 for Gordon. Most importantly, Gordon broke away for a 70-yard touchdown that helped buoy his day en route to an RB6 finish. In week two, though, we’re riding with Williams.

For one, if you remove just the 70-yard run and score from Gordon, he would have been tied for RB40 in week one. Gordon averaged 3.1 yards per carry on his other ten attempts, and 13 of his 17 receiving yards came on one play.

Williams was just as ineffective with a yards per carry of 3.2 as he couldn’t break the big play. In week two, he should see those holes open up a bit more against the Jacksonville Jaguars.

The Jaguars just wrapped up allowing 160 yards on the ground to the Houston Texans after looking disjointed on both sides of the ball.

This Denver defense should have no trouble slowing down the Jaguars’ offense, allowing Pat Shurmur to run the ball to his heart’s content. The Jags allowed 23 touchdowns on the ground last season, so Williams should have an opportunity or two to score on Sunday.

I feel bad for RB James Robinson. He just put together one of the best rookie running back seasons of all time, and he had totaled the third-most rushing yards for an undrafted rookie. It was the most since RB Dominic Rhodes with the Indianapolis Colts in 2001.

Since he wrapped up the season, it’s been downhill ever since. The team spent a first-round pick on RB Travis Etienne after adding RB Carlos Hyde in free agency. His new head coach had made it clear he wasn’t exactly the long-term plan.

Now, after week one, despite Etienne being lost for the season to a Lisfranc injury, Robinson still can’t get the majority of the work in this backfield.

He draws a Broncos’ defense that just got done holding Saquon Barkley to a measly 26 yards on ten carries in week two.

This Broncos’ team likes to win by taking care of the ball and playing stingy defense. Against a rookie quarterback behind an offensive commodity with protection issues, we could see limited opportunities for Robinson to put up a productive outing. Look for other options this week.

Mike Davis was the RB32 in week one after being beaten up by the Eagles’ defense, and things are getting even more difficult for the seventh-year running back in week two against the Tampa Bay Buccaneers.

The Bucs have been the best running defense in the NFL over the last year. They looked the part again in week one against the Dallas Cowboys as RB Ezekiel Elliott finished with just 5.9 fantasy points. As a whole, the team only had 60 yards on the ground, including 13 yards from QB Dak Prescott.

Excluding the playoffs, the Bucs allowed just four teams to clear 100 rushing yards last season. One of those was against the Atlanta Falcons in week 17 when Brian Hill sprung free for a 62-yard scamper to clear the mark.

If that run were left out, the Falcons would have had just 65 yards on the ground in that game. This Falcons’ offensive line just doesn’t have the strength to withstand this Bucs’ front.

As far as Davis is concerned, he had 15 carries for 49 yards in week one, which led the team in carries. He also had six targets on the day, which was second on the team behind the duo of WR Calvin Ridley and TE Kyle Pitts.

Davis is the clear leading man in this backfield, but he should be relegated to your bench this week between the ineffectiveness of the offense and the terrible matchup.

Join us at Dynasty Nerds!

Make sure you subscribe to the #NerdHerd, where you get exclusive content, dynasty/rookie/devy rankings, buy/sell tool, and a bonus podcast too. DynastyNerds also recently launched the #DynastyGM tool, which is a complete game-changer in the fantasy industry. Click here for a free trial. We truly are your one-stop shop for all your fantasy football needs!