Week Two is here of the NFL Season, @DarthDbacks gives you some running backs to start/sit this week in order to win your fantasy football matchup. Good Luck! 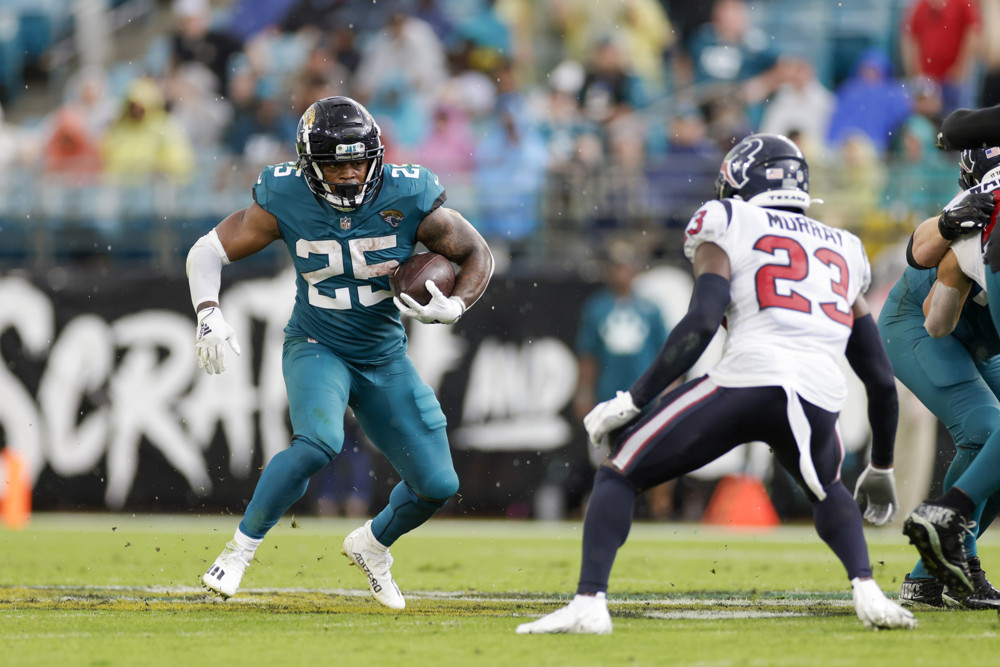 Week One is in the books, and it was a chaotic week. We saw big-time performances from names like Antonio Gibson and AJ Dillon but many busts like Ezekiel Elliott, Damien Harris, Austin Ekeler, and many more. Now we are onto Week Two in what will hopefully be a much better football week. I’ll be helping the NerdHerd out this season with some players that you should either Start/Sit for that week of fantasy football. Analysis and reasoning will be provided for every player that I mentioned. I’m here to help you win your fantasy football week and, ultimately, the championship. You might remember me from last year as I covered whom to start/sit at tight end. This year, I’m covering the Running Back start/sit.

There is one thing I want to note. For this article and every running back start/sit article I write, I won’t be including players like Jonathan Taylor or Austin Ekeler. These are apparent starts so long as they aren’t on bye or injured. If you don’t start them, well, you’re a taco. I’ll be focusing on players that are a bit harder to decide whether to start or what to expect from them. All scoring in this article series will be PPR. All stats/RB# number finishes come from FantasyPros. So, let’s make this a great season as we get to watch over 200+ games of NFL football. It’s back! Good luck this dynasty fantasy football season.

This is my recap of my picks from Week One, and they qualify as a “win” if they finish among the top 30 running backs in PPR scoring.

Antonio Gibson: I had a good feeling about Gibby, and it paid off. He lit up the stat sheet finishing as the RB10 with seven receptions on eight targets for 72 yards and 58 rushing yards. Big day for a guy many were writing off to start the season.

Elijah Mitchell: This one kills me since he was well on his way to a big day with six rushes for 41 yards but then hurt his knee. Now, he’s out for two months. Sigh, an RB58 finish wasn’t what I expected.

Chase Edmonds: Chase did good but not enough to meet my expectations, although he established himself as the RB1 of the Dolphins. Edmonds was the RB31 with 25 yards on 12 rushes and four catches for 40 yards. So close to top-30, ugh.

AJ Dillon: I hope you started Dillon as he went off. He was the RB9 with 45 rushing yards on ten attempts and a touchdown. He added five receptions off of six targets for 46 yards—a great day for him.

Kareem Hunt: Another guy I hope you started; Hunt shocked everyone as the RB4 of the week. He had 46 rushing yards on 11 attempts, a touchdown, and four receptions for 24 yards and another touchdown—a big day for Hunt.

Clyde Edwards-Helaire: Alright, I wasn’t expecting CEH to go off as he did against the Cardinals. He was the RB6 with seven rushes for 42 yards, three receptions for 32 yards, and two touchdowns. Could this be his breakout year, finally?

Ezekiel Elliott: I truly hope you didn’t start Zeke, as he was a bust last week. He only had 52 rushing yards and a catch for -3 yards. With Dak hurt, Zeke could be a major bust this year. He was the RB50.

Rashaad Penny: I had a feeling Penny wasn’t going to do much against the Broncos, and I was right. He was the RB36 with 60 rushing yards on 12 attempts and two catches for seven yards. A let-down compared to the hype.

Miles Sanders: I wasn’t expecting Sanders to find the end zone for the first time in two years, but he did have a great day. He rushed 13 times for 96 yards and a touchdown. Miles added in two receptions for seven yards en route to RB13 numbers.

Breece Hall: The Jets will be a miserable 50/50 split until Hall proves he can handle it all. Breece had a tough rushing day with only six carries for 25 yards but did catch six of nine passes for 38 yards. Including a fumble that adds up to an RB33 finish.

Gibson proved his truthers right last week when he starred in the lead running back role for the Commanders in Week One. He proved to have a solid rapport with quarterback Carson Wentz as Gibby secured seven of his eight targets which tied a career-high. Gibson had 58 rushing yards and 72 receiving yards, with 21 total touches. It was a tremendous start for the running back, who is seeking to cement his role in Washington’s offense.

Gibson’s 19.5% target share was among the league leaders at running back. He dominated the touches and ensured that annoying J.D McKissic didn’t take any more touches away from him. This week, Gibson faces the Lions, who were gashed on the ground by the Eagles. They allowed four rushing touchdowns in Week One, and I wouldn’t be surprised to see Gibson get his first touchdown on the season in Week Two. If you have Gibson, he’s a must-start this week.

You always want to start the San Francisco 49ers’ starting running back, and this week it’s Wilson. Now, we’ll see if he survives the game after Mitchell got hurt midway through Week One. Wilson has been a lead running back before with the 49ers and could be a league winner if he holds onto the job the entire time Mitchell is out. Regardless, he’ll give you ten-plus points when he gets at least ten touches in a game. He’s done in six of the seven games he’s received at least ten touches. Combine that with the fact the 49ers love to rush the ball and have a great opponent, and Wilson’s a start. Seattle gave up the most points to running backs last year, and they continued that trend last Monday. If you have Wilson, he’s starting at the flex position.

Yes, you should start Etienne and Robinson. Although if you can only start one, I’d lean Etienne. He ran a high amount of routes in Week One and will continue to be a favorite target of Trevor Lawrence. I know that Etienne let some people down in Week One with only six touches for 65 combined yards, but it was his first official game in over a year. Plus, Doug Pederson likes committees, but Etienne’s receiving usage in PPR makes him a far more appealing running back. Combine that with the fact the Colts let Rex Burkhead do a lot of damage as a pass-catching running back, and I’m all-in for Etienne this week.

Robinson, I’m in for a totally different reason. I like Robinson to get a touchdown this week after being used a lot in the red zone rushing game. The Jaguars should stick in this game, enabling Robinson to get plenty of rushes even against a good rush defense. If you need a running back or a flex start, I would start Robinson. He performed like the JRob of old and has a good chance for a touchdown.

Akers is a massive sit for me. He got three touches last week that he did nothing with. He only played on 12 snaps. Until Akers shows that he can be trusted by the Rams coaching staff and proves he can gain yardage with his carries, he’s a sit. Hopefully, you sold him before the season, as his value has completely tanked. Until Akers proves he can be relied upon for multiple weeks, he’s a depth player on your bench. Henderson is the back to own and start of the Rams backfield. He was on the field for 86% of the snaps and had 18 touches. Sit Akers, start Henderson.

Penny busted last week and will likely do so again this week. Penny only had 12 carries for 60 yards with two catches for seven yards. He broke off some big runs, but penalties called them back. Now, he faces the stiff 49ers defense that completely shut down the Bears’ rushing attack. They held Chicago to only 2.7 yards per carry, and the 49ers were strong against the run in 2021. I would expect Seattle to be forced to throw the ball like last week. The same deal as Akers applies to Penny. Until we see Penny have at least a big week, I would be sitting Penny. Penny is talented, but he’s a boom/bust back with questionable health in his future.

Pierce hype started to die last week after he had 11 rushes for only 33 yards and a single reception for six yards. While the 12 touches were nice, he was on the field for only 28% of the team’s snaps, while Rex Burkhead dominated the running back room. Until we see Pierce string together good weeks with solid snap numbers, he’s a sit. Especially to a Broncos defense that stifled Penny last week.

Once again, good luck to each of you during this dynasty season! That’s all for my Week Two Start/Sit for running backs. I’ll review how I did next week in my Week Three article. Hit me up on Twitter via the link below or above; always happy to help you figure out anything regarding your fantasy football team. Let’s win a Championship!