The Cutback: Running Back Start/Sit Week 4

Week Four is here of the NFL Season, @DarthDbacks gives you some running back start/sit this week in order to win your fantasy football matchup. Good Luck! 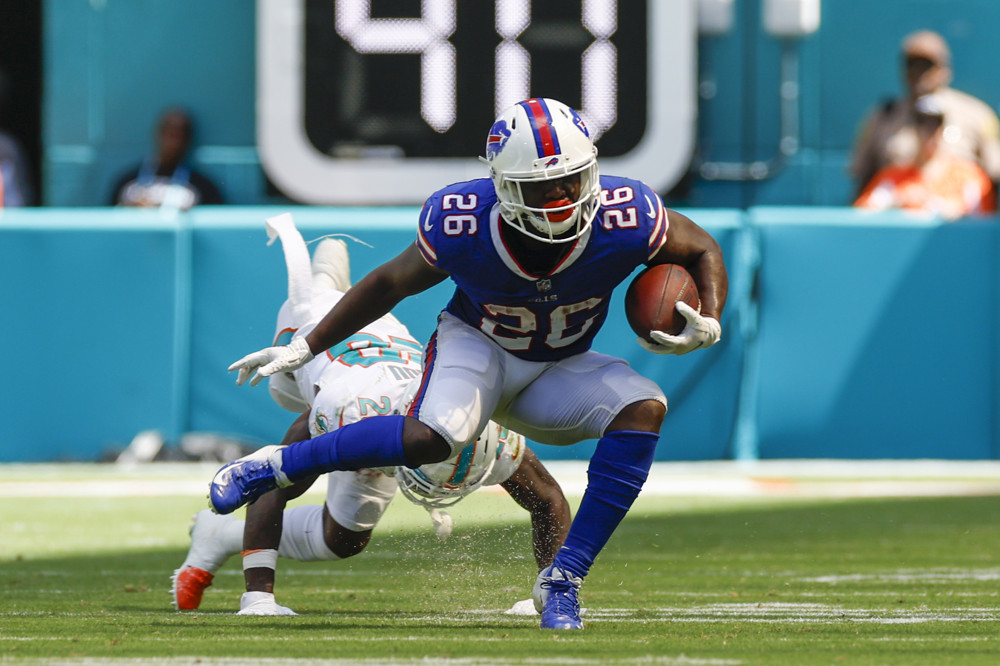 Week 4 of the NFL Season is already here. It’s absolutely flying by, sadly, so make sure you sit back and enjoy it. Also, enjoy the chaos, as this fantasy football season is genuinely unlike anything we have ever experienced. It’s a scary sight. Please look below at my running back start/sit for Week 4.

Week 3 is in the books, and it was a chaotic week. We saw big-time performances from names like James Robinson, Nick Chubb, Devin Singletary, and Derrick Henry. At the same time, we saw injuries occur to D’Andre Swift, Dalvin Cook, and others. Now we are onto Week 4 in what will hopefully be a much better football week. I’ll be helping the NerdHerd out this season with some players that you should either Start/Sit for that week of fantasy football. Analysis and reasoning will be provided for every player that I mentioned. I’m here to help you win your fantasy football week and, ultimately, the championship. You might remember me from last year as I covered whom to start/sit at tight end. This year, I’m covering the Running Back start/sit.

There is one thing I want to note. For this article and every running back start/sit article I write, I won’t be including players like Jonathan Taylor or Austin Ekeler. These are apparent starts so long as they aren’t on bye or injured. If you don’t start them, well, you’re a taco. I’ll be focusing on players that are a bit harder to decide whether to start or what to expect from them. All scoring in this article series will be PPR. All stats/RB# number finishes come from FantasyPros. So, let’s make this a great season as we get to watch over 200+ games of NFL football. It’s back! Good luck this dynasty fantasy football season.

This is my recap of my picks from Week Two, and they qualify as a “win” if they finish among the top 30 running backs in PPR scoring. Hopefully, Week 4 running back Start/Sit fare better!

Michael Carter: It’s not going to be fun trying to predict which Jets running back goes off. This week, it was Hall. Carter had 39 yards on the ground over 11 attempts and added in one reception on two targets for seven yards.

Dameon Pierce: Pierce was a terrific start in Week 3 with over 18 points. He had 80 rushing yards on 20 attempts and a touchdown. Pierce caught both of his targets for 21 yards as well. Keep starting him.

Antonio Gibson: Gibby was saved by a garbage-time touchdown which saved him from an miserable game against the tough Eagles. He only had 38 yards on 12 attempts and a single catch for two yards. He still was in the top 30, though, at least.

Cordarrelle Patterson: I hope you started Patterson as he killed it in Week 3. He had 141 yards on the ground over only 17 attempts. Plus, he added in a touchdown. Don’t forget he had another reception for 12 yards, too – an excellent performance from the vet.

Jeff Wilson Jr.: Wilson had another productive day on the ground for the 49ers with 75 rushing yards on 12 attempts and three catches on three targets for 31 yards. Even with a fumble, he was in the top-30, which made for a solid start.

Chase Edmonds: Alright, I wasn’t expecting Edmonds to score two touchdowns on only seven touches. That’s an unsustainable belief, but he proved me wrong. He only had 21 yards on the ground but made them count. The pass-catching back disappointingly only had a single target that he caught for six yards.

Ezekiel Elliott: Zeke was saved by a touchdown but did have 73 yards on the ground over 15 attempts and had a reception for two yards.

Rashaad Penny: Another week, another bust by Penny. He isn’t startable in this atrocious Seahawks offense. Penny only had a catch for three yards and 66 rushing yards on 14 attempts.

Breece Hall: This will be a weekly coin toss on which Jets running back has a good game. This week it was Hall who had 39 rushing yards on eight attempts. His work in the passing game was prolific, with six catches on 11 targets for 53 yards.

Josh Jacobs: Has McDaniels finally realized what he has in Jacobs? We’ll see, but Week Three was a solid start for Jacobs, unlike expectations. He had 66 yards on the ground over 13 attempts and five catches on six targets for 31 yards. Not even a fumble could sour his productive day.

Pierce is facing the Chargers, who just gave up big running back performances in back-to-back weeks to Clyde Edwards-Helaire and James Robinson. Now it’s Pierce’s turn against an injured team. Dameon is the clear bellcow in the Texans’ struggling offense after 20 carries in Week 3. Plus, he’s running routes at nearly a 30% rate which is a good number for a young running back. Don’t be surprised if Pierce continues his hot streak with a top-12 finish in Week 4 against a battered Los Angeles team.

Brian Hoyer is likely starting for the Patriots due to Mac Jones’s high-ankle sprain. This is good news for both running backs on the Patriots, as it should entail plenty of work. Harris is already a start, but I’d recommend starting Stevenson against the strong Packers’ defense. His touches have gone up consistently every week this season, while he had 16 total touches in Week 3. He turned that into over 100+ yards of production and a touchdown. I like him to be a good flex play this week.

Count me among those that weren’t projecting Singletary to lead the Buffalo Bills in targets in Week 3 versus the Dolphins. Instead, he did lead them with 11 targets and perhaps foreshadowing an expanded role for him this season. He had 20 touches/targets compared to only ten other touches for the other running backs on the team. The Ravens struggled against the running backs like Stevenson last week, so I like for Singletary to be a solid flex. He should see some good pass-work if he gets bottled up on the ground. This will likely be a high-scoring game between the Bills and the Ravens.

Penny has been awful this year on an offense that has done very little. While it isn’t Penny’s fault, he has done next to nothing besides getting around 60 rushing yards a game. You’re praying for a touchdown if you start Penny. He’s getting touches, at least 12 in two games, but until this offense improves, Penny will have very little opportunity to turn those touches into big plays. If you have no one else, start Penny and hope for a touchdown, but for now, I’d bench until we see some more life in the Geno Smith-led offense.

Gordon is banged up and hasn’t been a strong fantasy asset this year compared to prior years. Part of this is due to sharing work with the superior running back Javonte Williams, but it’s also that the Broncos’ offense is just completely off right now. MG3 is, at best, a flex play right now since he’s only finishing as a top back if he scores a touchdown. Perhaps age is finally catching up as he’s 29 and only averaging 3.9 yards per carry. If he doesn’t get a bunch of targets like in Week 3, he’s a mega sit/bust.

Speaking of busts, there’s no doubt that Travis Etienne hasn’t performed to the level we were expecting entering the season. Part of that is due to the committee rushing attack for Doug Pederson. Another part is that he’s playing with a superhuman in James Robinson, who’s a walking lottery ticket. However, I would be sitting ETN this week versus a tough Eagles defense that has swallowed up running backs. Until we see ETN do more with his touches, it’s a wait-and-see approach. However, do be encouraged by his seeing at least 12 touches in two of the three weeks.

Dobbins has some rust to shake off upon his return from a devastating knee/leg injury in 2021. He had seven carries for 23 yards and two catches for 17 yards. Not bad numbers, but not what you were hoping for in his first game back. Now, he has to face the extremely tough Bills defense, which has allowed only 2.8 yards per carry this season. I like Dobby long-term, but give him a few games to get back on his feet in-game speed before you start him. I’d rather miss his breakout week than lose weeks due to underperformance. However, his performance did buy you a nice couple of days to buy low on him. Buy the dip on Dobby if you can, but don’t start him this week if you can help it.