The Cutback: Running Back Start/Sit Week 7

Week 7 is here of the NFL Season, @DarthDbacks gives you some running back start/sit this week in order to win your fantasy football matchup. Good Luck! 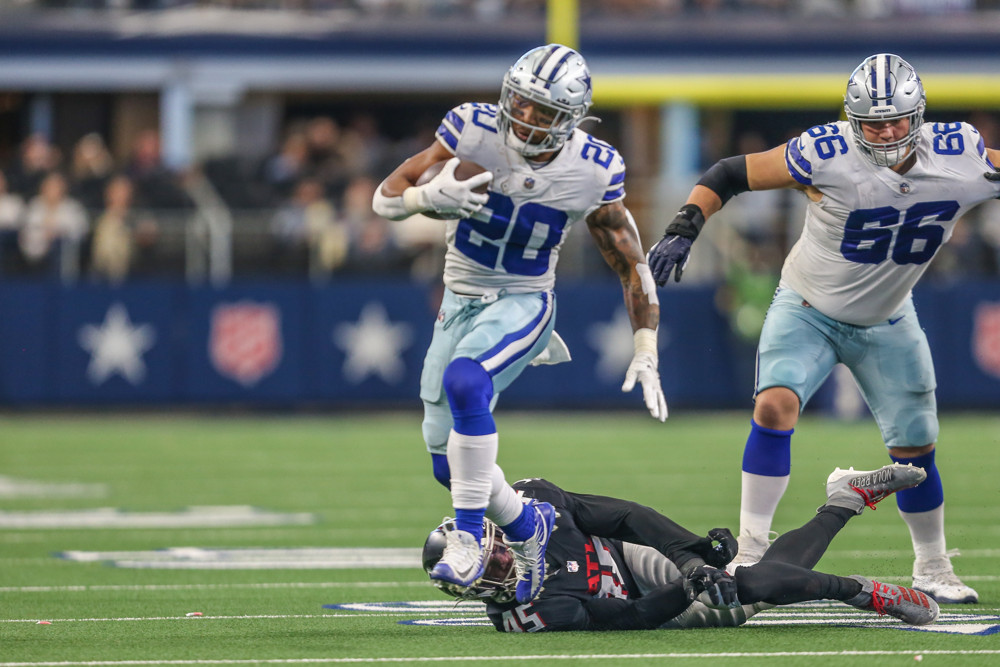 Week 7 of the NFL Season is already here. It’s flying by, sadly, so make sure you sit back and enjoy it. Also, enjoy the chaos, as this fantasy football season is unlike anything we have ever experienced. It’s a scary sight. Look below at my running back start/sit for Week 7.

Week 6 is in the books, and it was a chaotic week again. We saw big-time performances from names like Rhamondre Stevenson, Leonard Fournette, Deon Jackson, Kenneth Walker, and others. At the same time, we saw injuries occur to JK Dobbins, Eno Benjamin, and others. Sigh. Now we are onto Week 7 in what will hopefully be a much better football week. I’ll be helping the Nerd Herd out this season with some running back Start/Sit for that week of fantasy football. Analysis and reasoning will be provided for every player that I mentioned. I’m here to help you win your fantasy football week and, ultimately, the championship. You might remember me from last year as I covered whom to start/sit at tight end. This year, I’m covering the running back start/sit.

Melvin Gordon disappeared due to another one of the Broncos’ head coach Hackett’s weird decisions. Eno Benjamin started well but then got phased out as the Cardinals had to pass heavily in an attempt to catch up to the Seahawks in the second half. Singletary had another productive week with 14.7 PPR points and four more receptions. That’s what is keeping him afloat as a running back it seems. Zeke got you a touchdown which makes him a win. Walker was a big loss for me. He blew doors off my expectations. He just might be a start every week if he continues to get this usage.

The Cowboys are getting Dak Prescott back this week which means that the running game now has a chance again to perform well. Teams won’t be able to stack the boxes as much. That’s even truer this week against the Detroit Lions defense at home. The Lions struggle mightily on the road. With a 31st rushing defense in terms of fantasy points allowed, imagine how bad they might be against the duo of Zeke and Pollard. I like the odds for both of these guys to get a touchdown. It would not surprise me to see at least one of them as a RB1 this week.

Pierce has been getting fed the rock a lot these past few games and it’s paying off. He is playing excellent football and winning many fantasy weeks for team owners this season. He’s scored a touchdown in three weeks in a row. Plus, he has at least 69 yards rushing over the last four weeks. The Raiders are 19th in fantasy points allowed to running backs, but I have a good feeling that Pierce will extend at least one of those streaks. I wouldn’t be surprised to see him finish as an RB1 this week.

Fantasy owners are freaking out across the fantasy world as they start to panic about not selling high on Clyde Edwards-Helaire. He’s been reliant on an absurd five receiving touchdowns prior to this past week against the Bills. That just was never going to be sustainable. He didn’t see any targets last week and only a meager 9 rushes. In fact, he has 18 total rushes over the last two weeks. That’s no where near enough touches. I wouldn’t be surprised to see him struggle against the strong 49ers defense. They are 31st in points allowed to running backs.

I know it makes no sense but the Packers are just not utilizing AJ Dillon nearly enough for whatever reason. Dillon is a good running back that’s proven to be able to carry a rushing load for a whole game. With their receiving struggles, you’d think that the Packers would be using Jones and Dillon a ton, but they aren’t. Dillon’s passing work is growing, but the ADOT is not very deep. You’re praying for a touchdown. Against Washington might be a big ask. The one thing they do very well is defending the run. Manage your bets if you have to start Dillon.