The Cutback: Running Back Start/Sit Week One

Week One is here of the NFL Season, @DarthDbacks gives you some running backs you need to start/sit this week in order to win your fantasy football matchup. 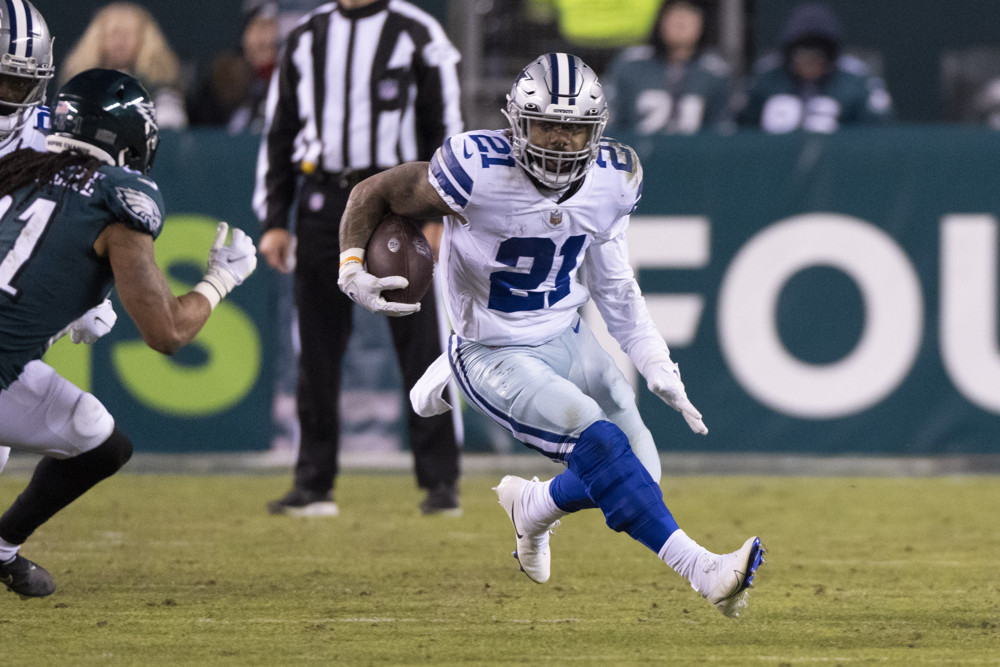 It’s finally here, folks, Week One of the 2022 NFL Season is now upon us after the thrilling game between the Los Angeles Rams and Buffalo Bills. I’ll be helping the NerdHerd out this season with some players that you should either Start/Sit for that week of fantasy football. Analysis and reasoning will be provided for every player that I mentioned. I’m here to help you win your fantasy football week and, ultimately, the championship. You might remember me from last year as I covered whom to start/sit at tight end.

There is one thing I want to note. For this article and every running back start/sit article I write, I won’t be including players like Jonathan Taylor or Austin Ekeler. These are apparent starts so long as they aren’t on bye or injured. If you don’t start them, well, you’re a taco. I’ll be focusing on players that are a bit harder to decide whether to start or what to expect from them. All scoring in this article series will be PPR. So, let’s make this a great season as we get to watch over 200+ games of NFL football. It’s back! Good luck this dynasty fantasy football season.

After the horrific news about Brian Robinson being hurt in a shooting, it was revealed that Robinson would be out for at least four to five weeks. This does benefit Gibson in the short term, especially for dynasty owners. While Robinson gets healthy, Gibson is now set to reclaim the RB1 role in the Commanders’ offense. If he can impress and stop fumbling, Gibson could easily be one of the biggest values in the fantasy football world this season. Coach Ron Rivera has thrown his support behind Gibson and believes in him, so he’s a great start this week.

Carson Wentz loves to throw to his running backs, and the Commanders will be rushing the ball plenty. Gibson’s a proven running back that’s got the ability to win you weeks in fantasy football. Against the Jaguars, it should be a relatively easy rushing day due to the Jaguars’ rebuilding defense. I wouldn’t be worried about starting him this week, even with J.D. McKissic’s eventual pass-catching role. Fire up Gibby and look for him to do great these first couple weeks. Then, try to sell high, but at least for this week, I’m starting Gibson. He’s in a great matchup, has the backfield to himself mostly, and an offensive system that will get the running back the ball plenty of times.

Mitchell is a start for me this week despite the presence of Trey Lance and the rest of the 49ers running backs. It sounds like it’s going to be a wet day in Chicago, which means it’s going to be all about the running game. I’m optimistic the 49ers will get out to a big enough lead against the rebuilding Bears that will mostly allow them to rush the ball. That means an increased workload for Mitchell, which is proven to increase potential fantasy points. The Bears don’t have a great rushing defense with the loss of Akiem Hicks.

Combine that with George Kittle’s potential absence, and it’s shaping to be a rushing-oriented day for the San Francisco 49ers. I’d easily start Mitchell over guys like Dameon Pierce, Kareem Hunt, Josh Jacobs, and others. It helps that Mitchell is healthy and ready to go. The 49ers won’t push Lance to pass a ton in his first week as an official starter. Expect a ground and pound game for them which means it’s a great time to choose a start for Mitchell.

Edmonds is one of my favorite breakout players for the 2022 NFL season, so it shouldn’t be a surprise. I’m saying to start him in Week One. I don’t trust that the Dolphins will give Mostert a lot of touches since they want him to stay healthy. They gave Edmonds a big contract too. This tells me that’s he going to get the largest workload. Being in PPR, Edmonds catches a good number of passes, which also increases his chance for a big fantasy weekend.

Against the Patriots, this should be a tough game for the upstart Dolphins. However, a close game means that the Dolphins can run the ball more, which is precisely the type of offense that new head coach Mike McDaniels wants. An increased rushing attack means more fantasy points for the running backs. That’s why I’m saying to start Edmonds. All the factors line up for a good first week as the Dolphins’ new primary ball carrier.

This is my favorite sit of the week. There’s just so much unknown when it comes to Edwards-Helaire this year. I’m waiting to see how it all shakes out before I am willing to put a lot of stock into CEH, being a weekly start. The Chiefs are saying he’s their starting and main running back. However, Isiah Pacheco proved he was ready in the preseason, and Jerick McKinnon is still around. Plus, I’m not sure the team would’ve kept Ronald Jones if they were sold on CEH.

Facing a Cardinals defense that looks to be good against the run this year in a high-scoring game indicates more of an emphasis on passing. Until I know if CEH will be the main guy and get 15 plus touches a game, I can’t pin my hopes on him in my starting lineup. This is a clear answer to a start/sit question about Edwards-Helaire. Wait until he proves it. I’ll be much happier seeing him go off on my bench than seeing him bust in my lineup and lose because of it.

Penny has already dealt with a minor injury during the camp/preseason. He’s not a running back I trust at all, so when it comes to start/sit, I usually prefer to sit him. That’s especially the case in Week One despite the likelihood that Kenneth Walker III is likely out. That will mean that Penny gets plenty of rushes and workload. However, the Seahawks are an awful team. They’ll be facing an angry Russell Wilson and Denver Broncos, so they will have to play catchup quite a bit. That means a lot of throwing the ball and not as much rushing. That issue is exemplified by Geno Smith being their quarterback, but I digress.

Regardless, Penny will be stuck in an offense that can’t afford to run the ball much, playing from behind, which means more passing, and has dealt with many injury issues. The Broncos also have a good run defense, which further increases the worries. If you can, bench Penny, as he could be in for a dud. If you can’t, manage the expectations. I’d expect closer to 10 points than 15.

This is a wait-and-see approach for me. If you have more reliable guys or players like Dillon, Edmonds, and Mitchell, I’d seriously consider starting them over Elliott. There are multiple reasons for that. First, I want to see if the Cowboys will still give Elliott the lion’s share of rushes compared to Tony Pollard. If they do, then I’ll feel more comfortable relying on him. The second reason is that the Cowboys’ offensive line is shaky. I don’t trust them at all until I see how they do. They lost two players in free agency and now lost starting left tackle Tyron Smith. Smith was the glue that made Elliott go. In games that Smith has missed, Elliott’s production has seen a noticeable downturn.

Finally, the Tampa Bay Buccaneers will have one of the best run defenses in the NFL. It only got better after they added Akiem Hicks. This should mean that the Cowboys will have to pass more. That means decreased rush attempts. I get that you probably have to start Elliott for the upside and the lack of better options. However, if you can, sit him. If you can’t, manage your expectations, as it might be a slower Week One for Elliott than you’d like.

Once again, Good Luck to each of you during this dynasty season! That’s all for my Week One Start/Sit for running backs. I’ll review how I did next week in my Week Two article. Hit me up on Twitter via the link below or above; always happy to help you figure out anything regarding your fantasy football team. Let’s win a Championship!