The NFL is Telling Us Something with the 2022 Quarterback Class

This year’s NFL draft was weird on several levels but specifically around the quarterbacks, Andrew Harbaugh sees a message between the lines that the NFL is trying to tell us though. 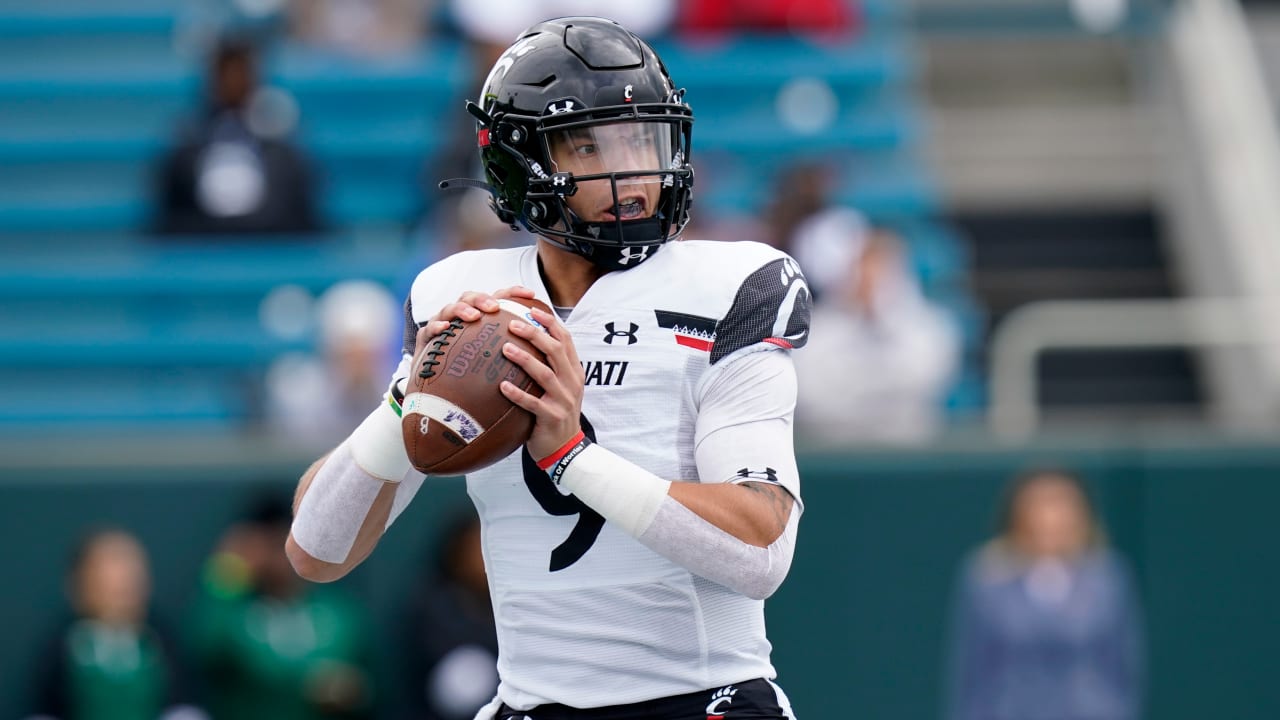 This year’s NFL draft was weird on several levels. Especially with the fall of the quarterbacks. The groupthink was that this class was awful versus a minority of people who said there were diamonds to find in the group. The 2022 quarterback class has served as a message to the outside world, and it’s simple.

This class isn’t THAT bad. The reality is just that next year’s class is THAT good.

The 2022 quarterback class, at this point, doesn’t have the greatest public perception. It is already on the back burner of draft twitter and the public after Adam Schefter throughout a tweet discussing how the NFL views next year’s group.

ESPN’s Mel Kiper Jr. going the over for quarterbacks is severely damning to this 2022 quarterback class. He is glued in, he is always working a year ahead, and it again shows that the 2023 class is the gold for the NFL to find.

The 2022 Quarterback Class is about the Long Play

One quarterback, Kenny Pickett, was taken in the first round of this year’s draft. He isn’t even guaranteed to see meaningful snaps this year because he landed on the Steelers. They have been painfully patient with average to below-average play from the quarterback position, so you can expect Mitchell Trubisky to have a long leash. They don’t have a lot of turnover year to year, so there is never any pressure to play a rookie too soon.

Outside of Pickett, this 2022 quarterback class is all over in the literal sense. After Pickett at pick 20, not another quarterback went until pick 74 when we saw Desmond Ridder head to the Atlanta Falcons. We eventually saw Malik Willis and Sam Howell also get drafted to round out the big names in this class but still, no one went to either a strong or good position for them to succeed right away.

Every quarterback had questions in the 2022 quarterback class, but how is that different from any other year? It isn’t. What is different, though, is we are on the verge of a record-breaking class, in terms of draft capital, in 2023.

The 2023 Quarterback Class is about the Present

Yes, a class that no one will know the results of for another year is the present. I say that because nearly every NFL team is already pivoting towards this next draft class, and you should, too, as a fantasy owner.

I won’t bother going through the plethora of names that make the 2023 class special, but every position next year is loaded with skill players. We could see a record for first-round quarterbacks, the return of the first-round running back, and another deep and loaded wide receiver class. If you are in a league that has yet to have their 2022 rookie drafts, trade back. Trade back and see what 2023 picks you can get while also staying in your current draft.

Fantasy football, specifically dynasty football, is all about the long play. The NFL plays this way. You should play this way too. There are some good names in this 2022 quarterback class and rookie class overall. Pass on what you can and build for 2023. You’re welcome.