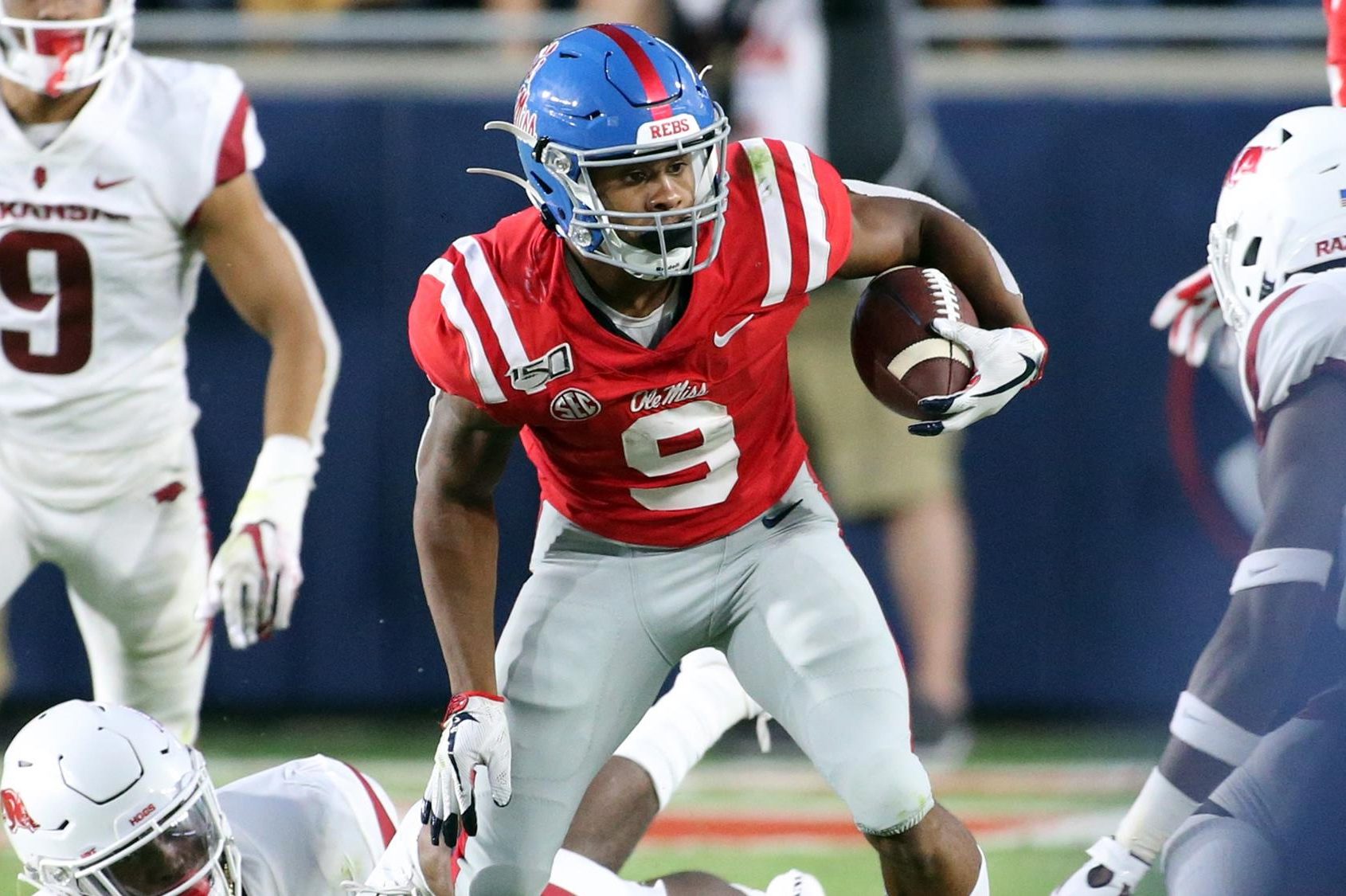 The college football season is approaching rapidly. It won’t be long before we’re all falling in love with some of the upcoming 2022 draft prospects. In this article, we’ll take a look at the top underclassmen RBs that are eligible for next year’s NFL Draft. As such, we won’t be including players like Max Borghi, C.J. Verdell, and all other senior RBs. However, we will include redshirt juniors, as they are considered underclassmen by their programs.

The top 2 RBs in this class are neck and neck. For me, Spiller’s outstanding balance and burst put him at #1. He has an NFL frame at 6’1” 215 lbs and is a proven pass catcher with 49 receptions through 2 seasons. His patience and vision are easy to see on tape, and the way he consistently finishes his runs with low pads and fights to gain extra yards is enticing. He has all the makings of a strong NFL starter.

Breece is considered by many to be the RB1 of the 2022 class, and for good reason. He has excellent vision and a natural feel for the game that very few college RBs display. His tape, metrics, size, and pass-catching all pass their tests with flying colors. He led the country in rushing yards in 2020. In my opinion, he just isn’t as explosive or well balanced as Spiller, but he’s still a potential first-round pick and should be a solid back in the NFL.

Gray was a 4-star recruit for Tennessee that fell short of expectations in his first two years before transferring to Oklahoma this offseason. However, I think the blame falls entirely on his offensive line. He’s a very fun player to watch with his burst, balance, and quick cuts in the open field to make guys miss. He has the athleticism to create big plays by stringing together multiple jukes. Gray is on the small side, but he plays bigger than his size. Look for him to be a big riser as the high-powered Oklahoma offense opens a lot more holes for him to run through.

Kyren Williams put himself on the map in 2020 with a 140 yard, 3-TD performance against a strong Clemson defense. He is only listed at 195 lbs, which is a bit of a concern, but Kyren has a lot going for him. NFL coaches are going to love his skills as a pass-catcher and protector. He’s a tough runner that can take it between the tackles despite his small frame. He shows excellent contact balance, good speed, and agility. He will need to work on his ball security and decision making and hopefully add a little muscle.

If not for his multiple injuries, Zamir “Zeus” White could easily be a top 3, or even top 1, RB in this class. The former 5-star recruit has suffered two ACL tears since high school, redshirting his freshman year due to one of them. He returned a little slow as a redshirt freshman but started to pick back up in the latter part of his redshirt sophomore season. Zamir has all the size, speed, and athleticism you want in an NFL back. He shows good footwork and vision as well. He has yet to prove his pass-catching chops in college but should have plenty of opportunity in 2021 to get touches for the potent Georgia squad. And he is nicknamed after the king of the Greek Gods.

Kevin Harris took advantage of his opportunity when expected Gamecocks starter Marshawn Lloyd went down to a knee injury. He touched the ball 206 times for 1297 yards and 16 TDs total. His size and pass-catching are good signs. However, his tape doesn’t quite match his production, nor do some of his peripheral metrics. He led the SEC in yards before contact. While that can be influenced by his vision and burst, it suggests that much of his production came from his blocking. The return of Lloyd will also limit his opportunity to prove himself further.

Likely because he plays in the Conference USA, Sincere has flown a bit under the radar. While he’s faced light competition, McCormick has quietly racked up 2,775 yards and 20 TDs from scrimmage through 2 seasons and was 2nd in the nation in rushing yards last year. He’s a bit small and might not be the most explosive back. But he exhibits strong vision, balance, and burst and is more than a sufficient pass catcher. If he has another productive season and adds a little weight, the NFL may begin to look at him as a potential starter.

Zonovan “Bam” Knight has led the Wolfpack in scrimmage yards in both seasons with the team. The former 4-star recruit has been efficient despite playing behind a relatively weak offensive line. He runs with good vision and toughness and is a strong zone runner with his ability to cut and accelerate through the hole. He’s elusive, too – according to PFF, he was tied for 4th in all of FBS for forced missed tackles per carry in 2020. Most importantly, he has a really cool name.

If not for his tiny frame, I suspect Ealy would be much higher on draft boards. He is listed at 190 lbs and arguably looks even smaller than that on tape. Outside of his size, though, Ealy is a very fun player. His burst and ability to slip through tackles jump off the screen. He’s a strong pass catcher and has good speed to take it to the house when he gets to the open field. For a guy with his frame, he does a great job of lowering his pads and driving his legs through contact to fight for extra yards.

Size certainly isn’t an issue for Cain, as he is listed at 5’10”, 226 lbs. Injuries have been what’s hindered his value. He missed three games to an ankle injury in his freshman year (in which he set a Penn State freshman record with 8 TDs despite playing behind Journey Brown). Six snaps into his sophomore year, he went down again to a season-ending leg injury. His burst is excellent for his size, and he has a great ability to shed tackles and pick up some yards after contact. Should he remain healthy, Cain has a big opportunity to lead the Penn State backfield and make a name for himself this year.