In dynasty fantasy football, it is crucial to know when to move on and off players. In this article, @Jsnake_DFF will talk about his top 3 Wide Receivers that he expects to have their value increase by the start of the 2022 season and potentially for years to come! 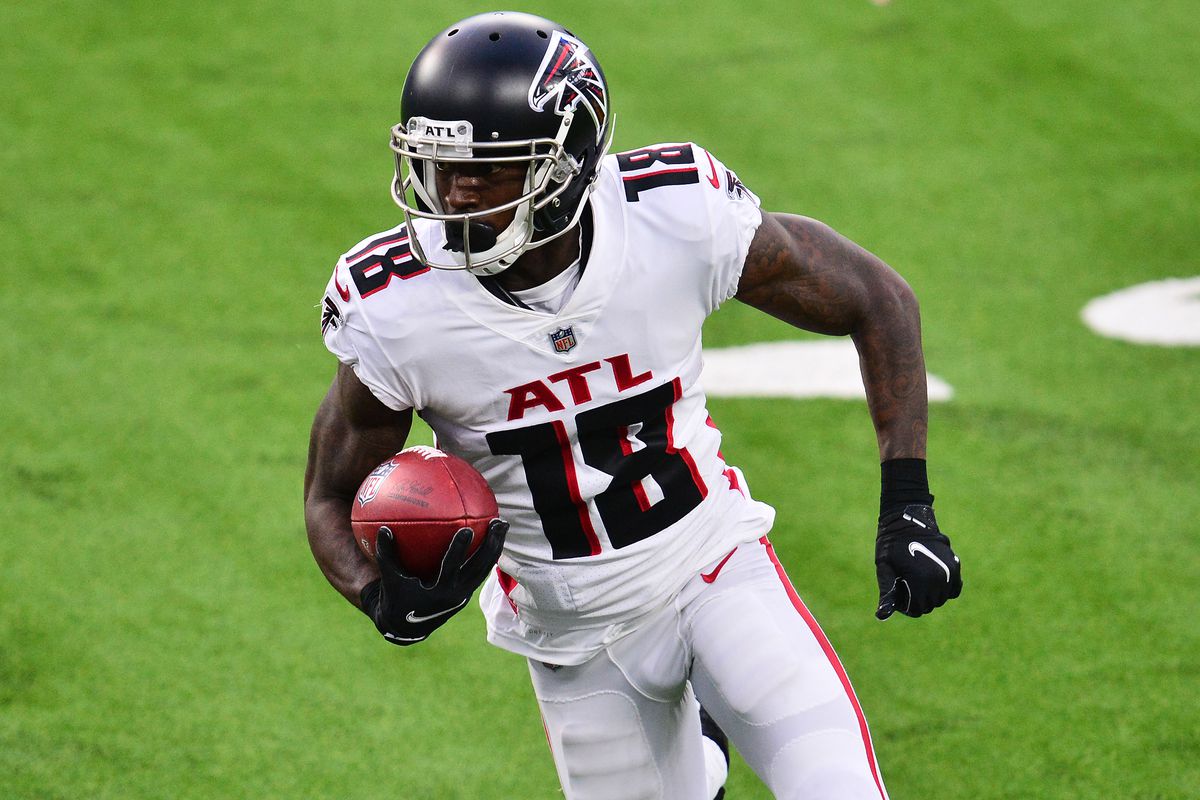 It is crucial to know when to move on and off players in dynasty fantasy football. In this article, I will talk about my top three wide receivers that I expect their value to increase by the start of the 2022 season and potentially for years to come!

Ridley is the high-risk, high reward WR that I will try and grab ASAP (If you like a high-risk, high reward QB, then I would go after Deshaun Watson as well). On keeptradecut.com, Ridley is the WR22, and according to January 2022, DLF ADP Ridley is the WR20. Ridley was the WR8 according to DLF ADP at the beginning of the season and was the same on keeptradecut.com. You can be buying a WR1 for low-end WR2 prices! Ridley looks like he will be traded this offseason, which provides an excellent sell-high opportunity. Uncertainty of landing spot assists in making this quick flip. In my opinion, Ridley’s production floor is his current ADP of WR20 with the upside of a WR1 no matter the team.

Here are a couple of trades I would try for Ridley:

Moore had a rocky start to the year, but after coming back from the bye week in Week 6, Moore averaged 17.7 PPR points. That pace would have been WR6 on the year. Also, Moore was the WR21 in target premium and WR23 in hog rate (hog rate is the number of targets per snap), while also having the 90th best target accuracy. I expect the target accuracy to improve in 2022 with Zach Wilson at QB, and Moore should be the primary WR on the Jets, as shown by his 2021 numbers of target premium and hog rate! According to DLF ADP and keeptradecut.com, Moore’s ADP is WR19 (DLF) and WR17 (KTC). I can see Moore jumping up into a low-end WR1 during the middle of the 2022 season as a 22-year-old productive WR (think the Jaylen Waddle jump).

Here are a couple of trades I would try for Elijah Moore:

3- Terry McLaurin for Moore plus anything (I want Moore> McLaurin)

Many people are OUT on Juju going into the 2022 offseason, but I think he is the easiest player to buy before free agency hits. On my one non-contending team, I snatched up Juju to stash him. Back in 2020, people may be surprised to know that Juju was WR24 in PPG and WR16 on the year. No one knows where he will end up, but I think he will be signed with WR1 money and be expected to have 100+ targets on the season by the team signing him.

The BEST thing about Juju is he is a super cheap buy. On DLF ADP and KTC, Juju is WR40 and WR39, respectively. When both sites are this close, you know he has no Twitter hype, and the dynasty community is leaving him for dead. Also, in dynasty, we love to talk age, and Juju will be 25 at the start of the 2022 season.

Here are a couple of trades I would try for Smith-Schuster:

Note: I would look into every QB, WR, and TE that can be a free agent going into the 2022 offseason and make moves for the players you believe in. Typically, players are cheapest when there is the most unknown. I would not go after free agent RBs unless they are super cheap.

Some of these trades will not work in your league, so it is necessary to be creative. I believe all the trades are doable, and you should try to see what happens. For example, I mentioned in my QB BUYS ARTICLE to buy Zach Wilson, and a team sent Jameis Winston & 2022 1.11 in SF league for Wilson. That trade is a slam dunk to me! Be aggressive in trades, especially early in the offseason, but I still recommend holding onto rookie picks for as long as possible unless the trade is a slam dunk (like the Wilson trade).