Under The Radar 2022 Rookie Prospects

@TheHQNerd takes a look at a few under the radar 2022 prospects at the early stages of the draft process. 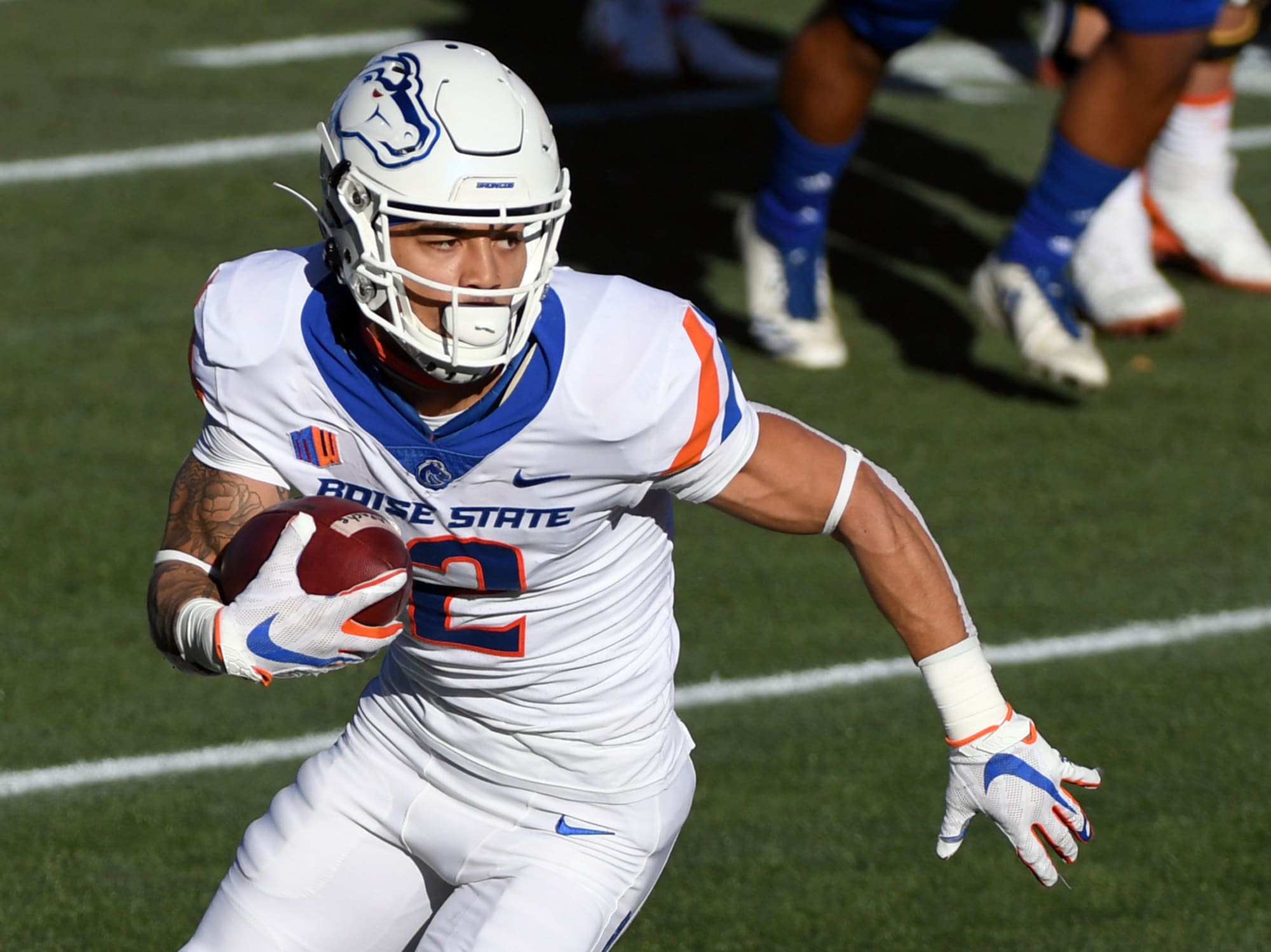 While the NFL playoffs continue, many dynasty managers have begun studying the incoming 2022 rookie class. If you are examining the class for the first time, we at Dynasty Nerds are here to help you along the way. We offer rookie profiles on all the top players as well as weekly articles like this one.

The purpose of this article will be to identify a few players that may be flying a little under the radar at this juncture of the draft process; players who are going outside of the top 20 in rookie mock drafts with the potential to rise up draft boards.

Without further ado, let’s get to it Nerd Herd!

Tyler Allgeier broke out in 2020, totaling 1304 yards and 13 touchdowns, but he would save his best for last in his final campaign for BYU. Allgeier finished fourth in the nation with 1601 rushing yards and 23 touchdowns this past season for the Cougars. He also doubled his receptions from 2020 to 2021 with 28 receptions on the year. He possesses good vision and speed for his size (5’11 220) and is one of the more alluring sleepers in the 2022 running back class.

Allgeier is a one-cut runner with solid burst and acceleration. Running backs his size with a three-down toolbox must be paid attention to. The success rate of nonpower five running backs can be hit or miss, but Allgeier is a name to monitor. Even if he’s a day three selection in the NFL Draft, Allgeier has the chance to surprise in the right landing spot.

Boise State’s Khalil Shakir isn’t the most physically imposing wide receiver at 6’0 190 pounds, but he’s versatile and can be positioned all over the football field. Shakir capped off a productive collegiate career with a career-high 77 receptions for 1117 yards in 2021. He can be used as a runner and is a special teams contributor on punt returns. Shakir offers his future NFL team usage flexibility.

The Broncos dynamic playmaker has a knack for flashing spectacular catches.

In a solid wide receiver class, it’s easy for Shakir to get lost in the shuffle. Don’t let that happen. Projected to run in the 4.4 range, the Bronco’s top receiver certainly looks the part when you watch him. Having secured the all-important Senior Bowl invitation, Shakir is certainly on the radar of NFL teams.

He should be on dynasty managers’ radars as well. Khalil Shakir’s stock could soon be on the rise.

Senior Georgia running back James Cook is an electric change of pace running back. Despite being underutilized in a loaded running back room for most of his collegiate career, Cook averaged 6.5 yards per carry and totaled 67 receptions.

Cook can beat you in many different ways. He can line up in the slot as a receiver. He’s underrated between the tackles as well. He commonly flashes eye-popping highlight-reel moments—Cook’s most dangerous in space. As you can see here, it only takes a small window for him to take advantage.

Stat-wise, Cook won’t wow anybody, but he clearly passes the eye test when you watch him play. In April, whoever drafts Cook is getting a pro-ready passing option at the running back position. In the right situation, Cook has the chance to be a viable PPR asset for dynasty managers.

Texas transfer Keaontay Ingram boosted his NFL draft stock with a productive senior season at USC. Ingram possesses NFL size (6’0 215) along with a three-down skill set. He bounced back in his new surroundings totaling 1065 yards in ten games in 2021. Ingram tallied 89 career receptions in his collegiate career, showcasing his every-down capability.

He’s a shifty runner who can make people miss in space. It’s plays like these that keep you coming back for more when watching Ingram play.

Time will tell how the NFL views him in terms of draft capital, but when you get to the later rounds in rookie drafts, I like to swing for upside, and Ingram checks off a lot of boxes. Keaontay Ingram is on my shortlist of potential diamond in the rough running backs in this 2022 class.

Other Sleeper 2022 Prospects To Monitor