Ways to Spice Up Dynasty Leagues

Do regular dynasty bore you? Are you looking to make some changes in your current dynasty leagues or start ups to make it more interesting? @CoachStevenP shares ways to spice up your dynasty leagues 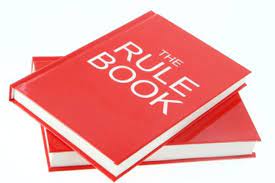 In the second article of my dynasty league series, I’m focusing more on ways to spice up your current dynasty leagues to make them attractive. When you play in enough dynasty leagues, the average standard type of league gets boring, and you want to spice the league up or even in a startup.

Adding more flex spots to your starting lineups can spice up your league. It will make it necessary to understand the team’s depth charts and who could emerge if injuries occur or an unknown player can emerge during the NFL season. It will give you the position advantage in your league to have the necessary depth to last a long season. You can also affect other positional spots, like adding a third running back, wide receiver spot, or double tight end spot, which could heavily impact the league and make it more interesting.

Expanding the league size could spice up the league. I played in a ten-man dynasty league for four years, but the league agreed to add two additional owners, which sounds like a headache when you first think about it, but it’s straightforward to set up and handle. If you choose to do this, have your current league-mates agree to a certain number of players they wish to protect from being stolen from the expansion teams. Also, make sure the expansion teams agree as well since they will be the ones who will be picking from the remaining pool of players. We had it so that each current owner would lose four players from their team, and in the end, it worked out great. I would be highly recommended it if you wanted to expand your league.

You could add IDP, which stands for Individual Defensive Player. The rise of IDP is slow, but fantasy nuts seem to like a little IDP in their leagues. This could be as easy as just adding one or two spots to the league and seeing how it works out.

The scoring could be the easiest way to spice up a dynasty league because everyone loves more points. You may have heard folks talk about tight end premium leagues that give the tight end position an advantage by allowing them to receive an extra point per reception. Depending on your platform, you can also do this with wide receivers and running backs. You can also make the quarterback position more important with turnovers and making it so that having good quarterbacks is more important than dealing with low-end guys. I’m trying in a few leagues this year, points per first down, which would be interesting. You can add a bonus for big plays and touchdowns. Depending on your team’s depth, you can do return yards and have that element in your league.

Outside of the roster and scoring settings, there are other ways to make the league more interesting. Adding a Median to the league could make the league more balanced than strictly relying on individual matchups. Adding a median means that your leaguemates will also play the league scoring average for the week while playing their matchup. So in any given fantasy week, you could go 2-0, 1-1, or 0-2, and it will help bad teams be bad and good teams be good.

Another fun setting to try is making the playoffs All Play. I’m sure this has happened to everyone when you have an elite team, but they played a poor week, and then your opponent had a good week, and you lost. Try out that all six playoff teams played the same week, and the best teams move on. There would be no bye weeks, everyone would play each other, and only the best-scoring teams would move on. It’s another fun way to mix up the playoffs.

Another easy way to add a new wrinkle to the league is to add a RIVAL. Each owner gets a RIVAL that they face two to four times a year. Each time they play their Rival, the winner will receive some type of reward for winning their match up. In my league, the winner can adjust the Loser’s lineup the following week or borrow a player from the Loser for the next week. You can make anything you want as a reward or punishment, but this is a fun way to get the league more involved for the whole season.

The Return of John Metchie III
Not All 1QB Leagues are Created Equal: How to Value Players
Black Friday Sale